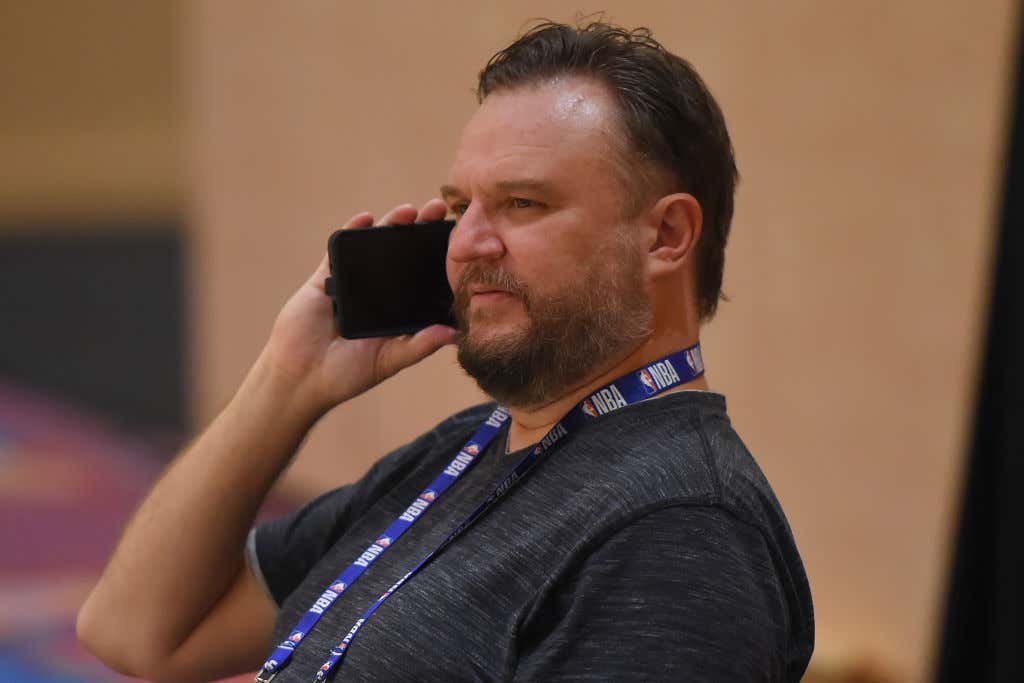 As I'm sure you're all well aware of by now, James Harden desperately wants to come to Philadelphia so he can finally get his chubby little hands on the Larry O'Brien Trophy. It's so certain that Harden wants to come to Philly that I'm pretty sure I saw that Delilah's Gentlemen's Club is already setting up a VIP room for him. (Sidenote: highly underrated breakfast buffet at Delilah's. Perhaps the best in the city).

Simple. You just bully your way out until you get what you want. All Daryl Morey needs to do is go back to his former team and bully the shit out of them in negotiations here. They don't have any sort of leverage when it comes to trading James Harden. They're either going to have to move him, or he's going to spend the whole season in Vegas. You want anything back in return for Harden? You'll take Tobias Harris, Furkan Korkmaz, a 2nd round pick in 2024, and you'll like it.

Oh and by the way, if James Harden does in fact end up coming to Philly, then I'd like to propose that he formally starts to go by "Jimmy Harden". Which literally translates to "erection".