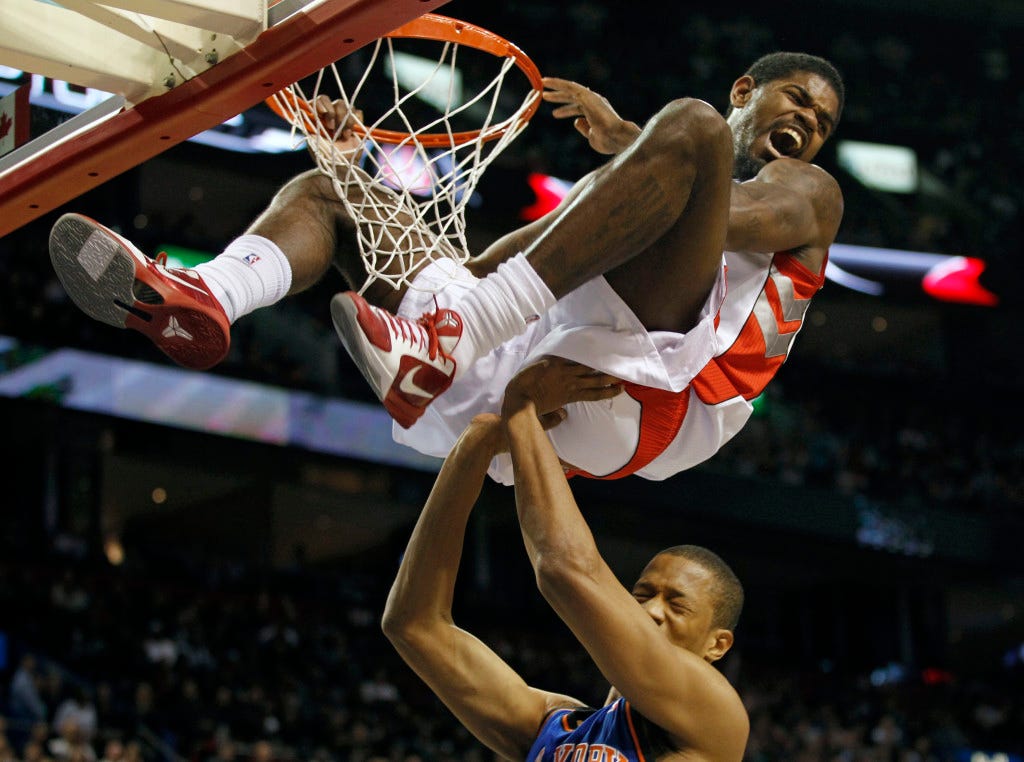 Well at least they got someone. Signing a guy with career numbers of  8pts and 6 boards per game for 12 million dollars a year doesn’t sound like the best deal ever for the Celtics, but they had money they had to spend and they spent it. Plus the free agent market isn’t exactly booming with big men  who would want to come to Boston so it’s actually not the worst deal ever. The Celtics needed a big man and they got one who is athletic, aggressive and not afraid to throw down if need be (even if it’s against a referee) and also has 10 years of NBA experience despite being just 28 years old.

The Celtics also signed Jonas Jerebko back to a 2 year deal worth 10 million dollar deal which is peanuts compared to what most of the other NBA owners have been spending so far in free agency. Don’t think this is it for the Celtics either. With these 2 signings the Celtics now have 13 men on their roster and signing Jae Crowder back (which is reportedly in the works) would make 14. Trades are most definitely coming, I just hope its one that can land a big time center in Boston and give the Celtics some real hope to make a run in the playoffs next year.