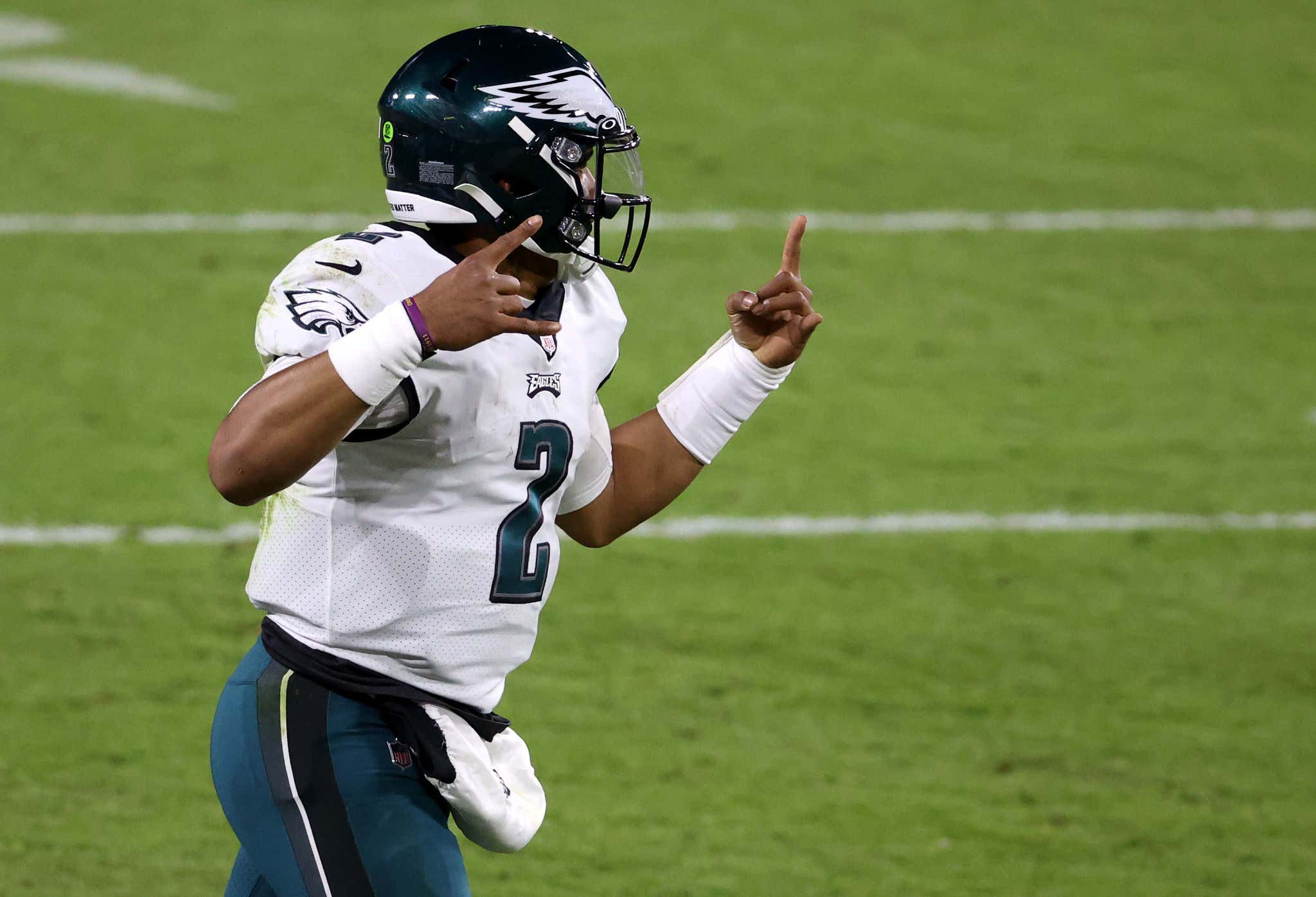 Those first 2 drives of the Jalen Hurts era yesterday were easily the most exciting few minutes of the Philadelphia Eagles season so far. For the first time in 2020, there was reason to be hopeful for this team. There was reason to be a little optimistic. I mean it looked like the Eagles were playing actual football for a change.

The O-line was blocking (most likely due to 85-year-old Jason Peters being out). The receivers were getting separation from their defenders. And the quarterback was making plays when he needed to.

Typically, these Eagles are a bunch of lifeless sacks of shit. Typically it looks like this is a team that doesn't necessarily quit at the first sight of adversity, but they sure as hell don't put up much of a fight. But once #2 came into the game as QB1, there was a pretty clear shift in the attitude of the rest of the team. Jalen Reagor took a punt return to the crib. The defense made a couple big stops before they got their dicks kicked in again on a 77-yard Aaron Jones run to the end zone. But at the end of the day, it looked like Jalen Hurts is going to give this team the best chance of winning moving forward. Does that excite you?

Because in true Philly sports fashion, what's good is bad and what's bad is worse. This team is a giant pile of dog shit on your neighbor's lawn, and the last thing that needs to happen right now is for anybody to come by and bag it up. You bag up the dog shit, your neighbor never knows that your dog just left a steamer on his freshly cut lawn. But you leave it there for him to step in the next day? Now we're going to have some issues. Now some heads will roll. And heads need to roll in Philadelphia right now.

The last thing that needs to happen is for Jalen Hurts to come in here and inject some life into this Philadelphia Eagles organization. Do I think that he's the long term solution for the future? Not exactly. But if he comes in here and rattles off a few wins to end the season, all of a sudden that makes Howie Roseman's job a little more comfortable. It would be tough to fire the guy who drafted Jalen Hurts in the 2nd round if Jalen looks like a better fit for this offense than Wentz does. Granted, you could still skewer Howie Roseman for giving Carson Wentz that preposterous contract which makes it almost impossible to move him. But can you fire Howie at the end of the season if Jalen Hurts works out? Considering this team is never quick to fire anybody, I'd say no.

So that's my biggest fear with Jalen Hurts right now. That he'll be just good enough to save Howie Roseman's job for the time being, but not good enough to be a long term franchise quarterback. And with the way this season/year has been going, it would only make sense for that to be the way it ends.