Sorry for the lack of posts but as I mentioned a few times I was on vacation for the past 5 days. Didn’t have enough time to actually do research on the games and put my reputation on the line with official picks so I apologize if I left you out in the cold. Judging by the tweets I got though it seems like a lot of people are enjoying this feature so that was cool to see.

Got a nice tan, got my head clear, ready to jump back into the DFS world. Might be a little rusty after a week of not watching or following much baseball, but only one way to get back into it, dive straight into the deep end. 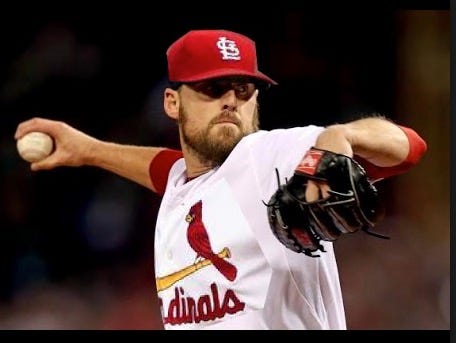 This is a tough one because on this slate, at this price, Lackey is my favorite pitcher of the night. The White Sox kind of go under the radar with how bad they are, and their hitting has been atrocious…add to the fact they have the lowest team total of the night and have to face the Cards in their stadium, and I think Lackey is locked in for 8 innings, 7 K and the win. The tough part? The weather in this one looks like shit. And I always shy away from starting any pitcher that even has a chance of hitting a postponement. Nothing will crush your night like a guy getting forced out of the game in the 2nd with 3 points. So check the weather and use at your own risk.

If you want the guy that every single expert is on, it’s Carrasco vs. the Rays. But that one feels fishy to me…the Rays have a tendency to ruin the nights of guys expected to dominate them. 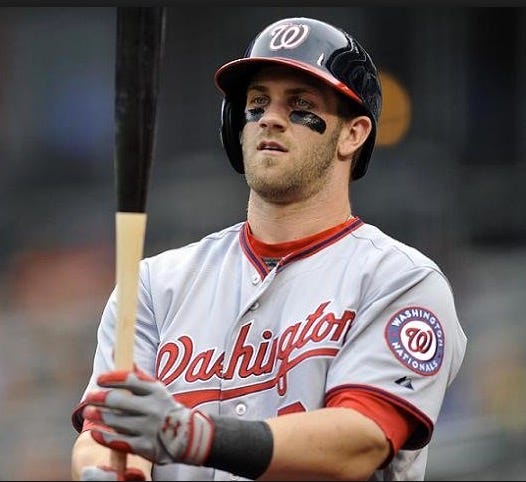 Been off of him for a while now, but it’s finally time to bust the big money out for my boy Bryce. On a little bit of a home run drought, which oddly is one of my favorite things about him tonight. So due. Looking for the Nats to put up a bunch of runs on Wisler tonight and hopefully watch Harper put one over the right field wall.

According to fantasy weather guru Kevin Roth this one has a good chance of getting rained out so be careful with this one…might have to switch off…god I hate the weather. 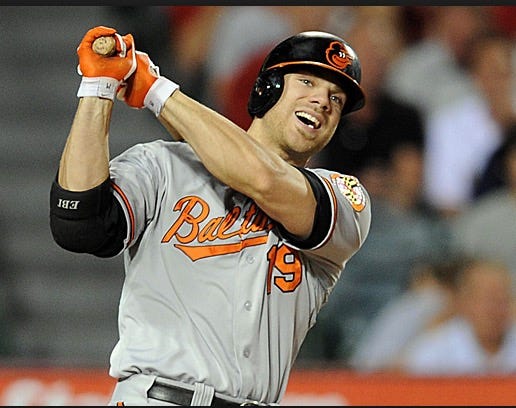 I’ve said it before but Crush Davis is one of the hardest guys for me to roster in DFS. He goes bust soooo much and always when you need him the most…but when he goes boom, he can win you a whole damn tournament. While normally I’d stay away from a guy who hit 2 HR the night before, knowing Davis it could be the start of one of his patented hot streaks where he goes 3-4 games in a row mashing one. Great matchup tonight with a high total…I’m in! 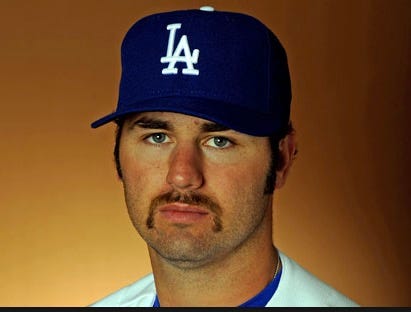 The Dodgers/Dbacks series has been a run party, and Van Slyke should be in the lineup tonight against Robbie Ray. Everyone knows Van Slyke is a lefty masher, and at this price, with this upside, he’s tough to pass up. Goldy is maybe the top play of the night, but I’m not going to list a guy that expensive, and Puig and Kendrick will probably be very highly owned…so Van Slyke is a great way to get an under the radar piece of this game tied for the highest total of the night.

Good luck, hit me up @kmarkobarstool with your thoughts/picks for the night, let’s get rich.