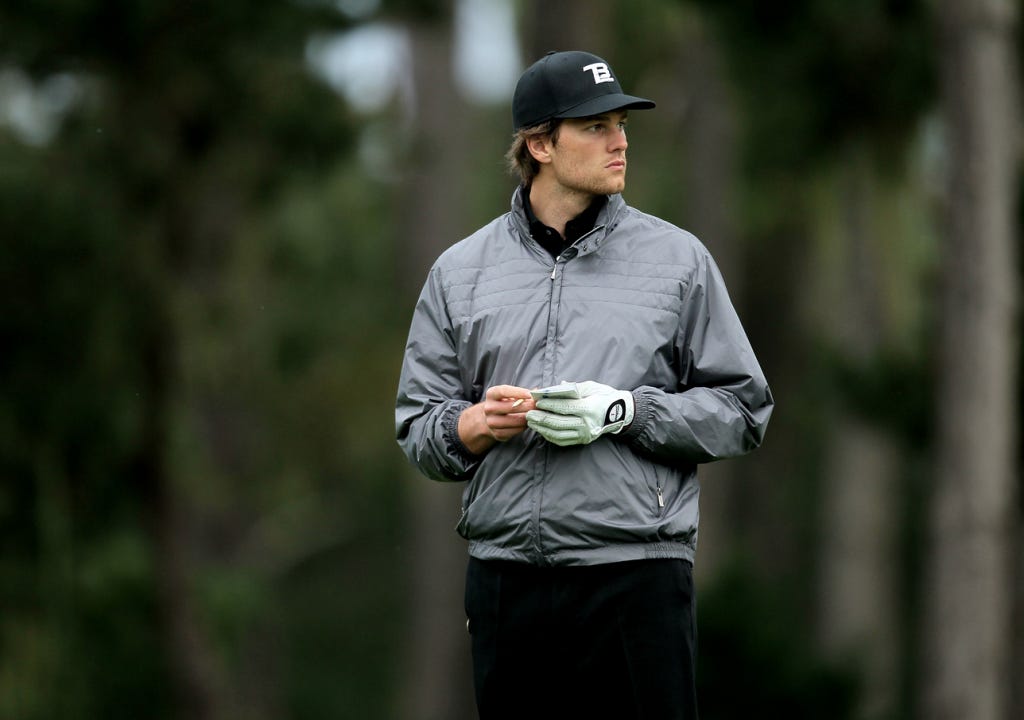 (Golf.com) — Forget about a possible suspension keeping Tom Brady from playing in the NFL for a few weeks. “Deflategate” could wind up keeping the New England Patriots quarterback out of one of the country’s most exclusive golf clubs forever. That, according to a report in the Boston Globe. You see, Tom and his supermodel wife, Gisele Bundchen, live in a mansion that sits on The Country Club in Brookline, Mass., and Brady, being a golfer, would like to join. As you can imagine, though, a place called THE Country Club is pretty exclusive. And it’s members might not want all the hoopla that comes with admitting a four-time Super Bowl champion, especially since he has been embroiled in controversy since the Patriots were caught using footballs that weren’t inflated to NFL specifications in their AFC Championship win over the Indianapolis Colts in January.  “I don’t know what they’ll do about Brady,” one member told The Boston Globe. “The Country Club believes your name should appear in the newspaper just two times: When you’re born and when you die.” “It’s really about who you are. Do you have good values? It’s that old New England mentality,” another member said. Unfortunately, that mentality hasn’t kept the club from being historically prejudiced. According to The Globe, no Jews were admitted until the 1970s, no women as full-time members until 1989 and no blacks until 1994 — that’s four years after Augusta National allowed its first black member.

Hahahaha. Yeah, ok. They’re not gonna allow Tom Brady and Gisele Bundchen to be in their club because two members weren’t sure what would happen with the,. OoooooooOOOOOOOoooooooook.

I don’t doubt that all those rules the anonymous members said are true. I’m sure they don’t like paparazzi on the grounds, hate Jews and black people, I’m sure they believe that “your name should only appear in the newspaper two times” nonsense. But, this is Tom Brady we’re talking about here. You’re going to let him in. Maybe at first you’ll act like the nerds sitting at their lunch table and bitching about how they hate the school’s starting QB because he’s so popular, but once he comes over and talks then you too will love him. Saying “No Brady allowed” is like when I used to hang a “No girls allowed” sign outside my pillow fort, it’s actually exactly what I wanted I was just too scared to admit it.