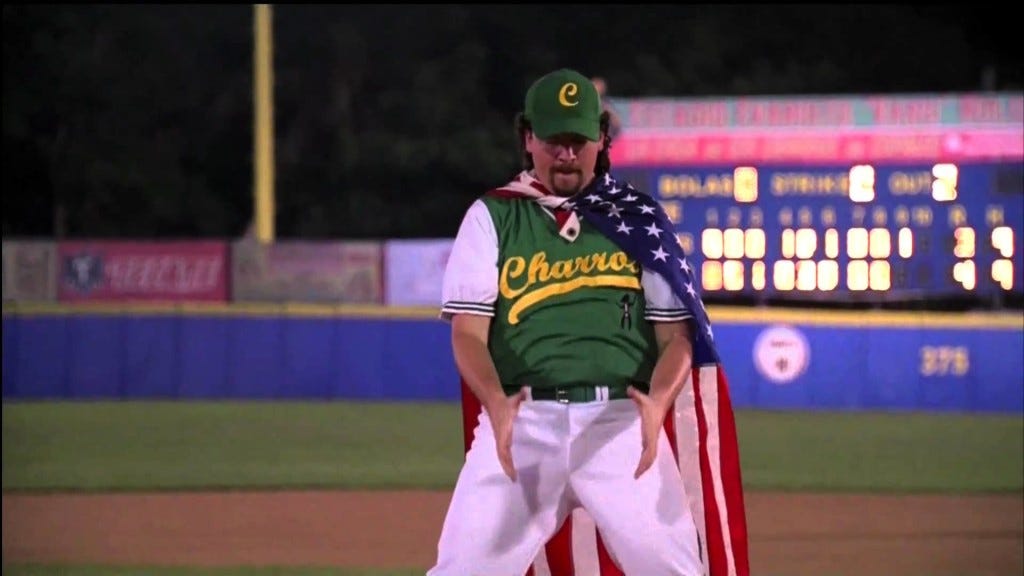 Associated Press – A teacher in eastern Illinois has been fired for stepping on a small U.S. flag during a lesson on free speech.

The Martinsville School District board voted 6-0 to fire English teacher Jordan Parmenter. Martinsville is about 80 miles southeast of Champaign near the Indiana state line. Parmenter has said he used the flag as a pointer during a lesson on free speech at Martinsville Junior-Senior High School. A student complained that the teacher was being disrespectful, and Parmenter said he then stepped on the flag as an example of free speech.

There are very few people in this country who are worse than those who think they can do whatever the hell they want and then hide behind the “It was free speech, the First Amendment this, the First Amendment that” defense. These people are generally assholes and as a former English major myself (yeah, I know my grammar sucks), I can tell you that English professors are, more times than not, the most pompous and pretentious dickheads on the planet. So this bastard right here, Jordan Parmenter, not only deserves to get fired but he deserves to get boxed up and sent down to Mexico or some shit like that. You wanna disrespect the greatest nation in the world just to prove a point to a bunch of snot-nosed 13 and 14-year-olds? That’s fine, but just get the hell outta here ya commie. Because I sure as shit don’t want to see this hypocrite walking around in his vintage US Flag tshirt from Urban Outfitters on Saturday pretending like he loves America. Maybe start shopping at Traitor Joe’s because that’s exactly what he is.