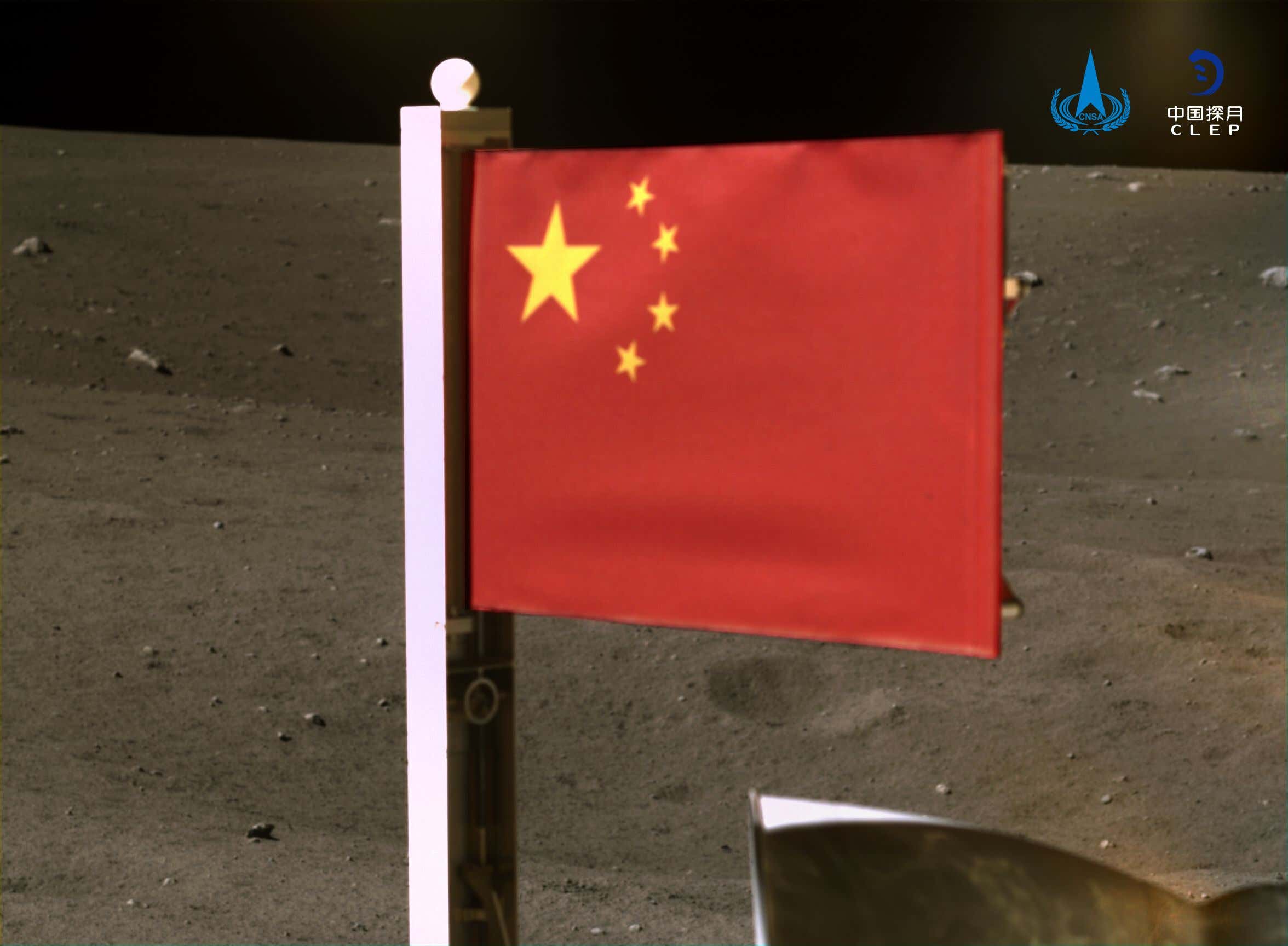 China State Media- The Chinese national flag shines an even brighter red from moon, and from now on it will be a grand reminder for stargazers from all over the world of the excitement and inspiration we felt from Apollo missions more than half a century ago. Having packed samples of soil and rocks from the Earth's only natural satellite within 19 hours after its smooth soft landing, the ascender of the Chinese spacecraft using the lander as a launch pad, took off from the moon surface, according to the China National Space Administration Thursday evening.

Right before the lift-off of Chang'e-5's ascender from lunar surface, the lander vehicle of the Chinese spacecraft unfolded the five-star red national flag, a genuine one made from fabrics, marking a first in the country's aerospace history.

Sooooooooo, are we at war with China? Because I feel like this is a declaration of war. Everyone knows that the U.S. of A planted their flag on that sexy ass celestial body that's been orbiting Earth decades ago.

I will fight anybody, including my coworkers, that says the moon landing was false at the next Rough N Rowdy because making a statement like that is as anti-American and pro-commie as it gets. We got to the moon first, planted our flag on it before those Ruskies could do the same, and have ruled the planet along with its requisite moon ever since.

But now that the Chinese planted their flag there, our ownership of the moon is null and void because much like quarterbacks, if you have two flags on a moon you really have none. And we all know just how disrespectful planting your flag on someone else's turf is.

It's forever hilarious that Mr. #DIS6ESPECT himself was the one who pulled this move

It looked like World War III was about to pop off back in January before this pesky pandemic got in the way. But if 2020 has taught us anything, it's to expect the worst out at all times. So best of luck to all the young men and women who are of drafting age and health. This old, washed, overweight blogger wishes you well on whatever battlefield you end up on.

P.S. I don't know if its the coffee or my overworked brain being exhausted from promoting so much merch last weekend, but I just zoned out thinking about the moon being a key battlefield in the upcoming war with China for the last 10 minutes and geeked out over what it could look like.