Indie Wire - From the 1975 disappearance of 20 people in small-town Oregon to the 1997 mass suicide of 39 people all wearing the same pair of Nike Decades in San Diego, “Heaven’s Gate: The Cult of Cults” sketches the evolution of the UFO-worshipping cult that mystified Americans in the last quarter of the 20th century. Director Clay Tweel’s new four-episode HBO Max docuseries ambitiously works to humanize the otherwise dotty members of Heaven’s Gate, led by messiah-wannabe closet case Marshall Applewhite. While most viewers are likely to tune in for, and possibly even skip ahead to, the final episode that details “The Exit,” there’s plenty of fascinating material in the lead-up — even if it doesn’t exactly warrant four hourlong installments.

A half-baked, hokey blend of pseudo-Christianity, New Age mysticism, and “Star Trek” lore, Heaven’s Gate was built on the belief that humans were, in fact, extraterrestrials living in shells known among the sect’s members as “vehicles.” In the fractious, early 1970s moment of a post-war, counterculture-rattled America, some people were evidently easy targets for Applewhite, better known as “Do,” and Bonnie Nettles, aka “Ti.” As the supposed messengers to help people shed their human bodies, they traveled the country to share their wacky dogma, hinging on the idea that these alien hosts were soon meant to ascend to a higher plane of being — so why not join them?

The early years of Heaven’s Gate, which earned far less media attention than the mass suicide that punctuated its existence, are unpacked in the doc by former cult members and their loved ones. Talking heads range from the traumatized (one, Frank Lyford, still has a speech impediment even years after Do’s verbal abuse) to the slightly still-faithful (Sawyer, a flute-playing hippie, today holds onto Do and Ti’s teachings). The candor of these subjects is remarkable, especially as the series delves into the darker elements of the cult, including a wave of castrations that took place, and the fact that married couples were forbidden to have any physical intimacy. Much like Scientology, cult members had to cut off relatives who didn’t subscribe to their teachings.

What a fuckin time to be alive. You're either old enough to remember this zany group of kooks from the late 90s, who followed the very definition of a space shot, Marshall Applewhite

into the long unknown.

Or you're too young to have a clue what the hell Heaven's Gate is and this will be totally new to you.

Either way, this documentary is an awesome peak back into the days before social media and 24/7 news cycles.

A time capsule if you will.

I remembered this whole thing vaguely, and for a few reasons.

Without giving away too many spoilers, Marshall informed his followers that the aliens communicated to him that they all needed to shave their heads and be dressed exactly the same for their pickup. So they all rocked this Air Grampa runners- 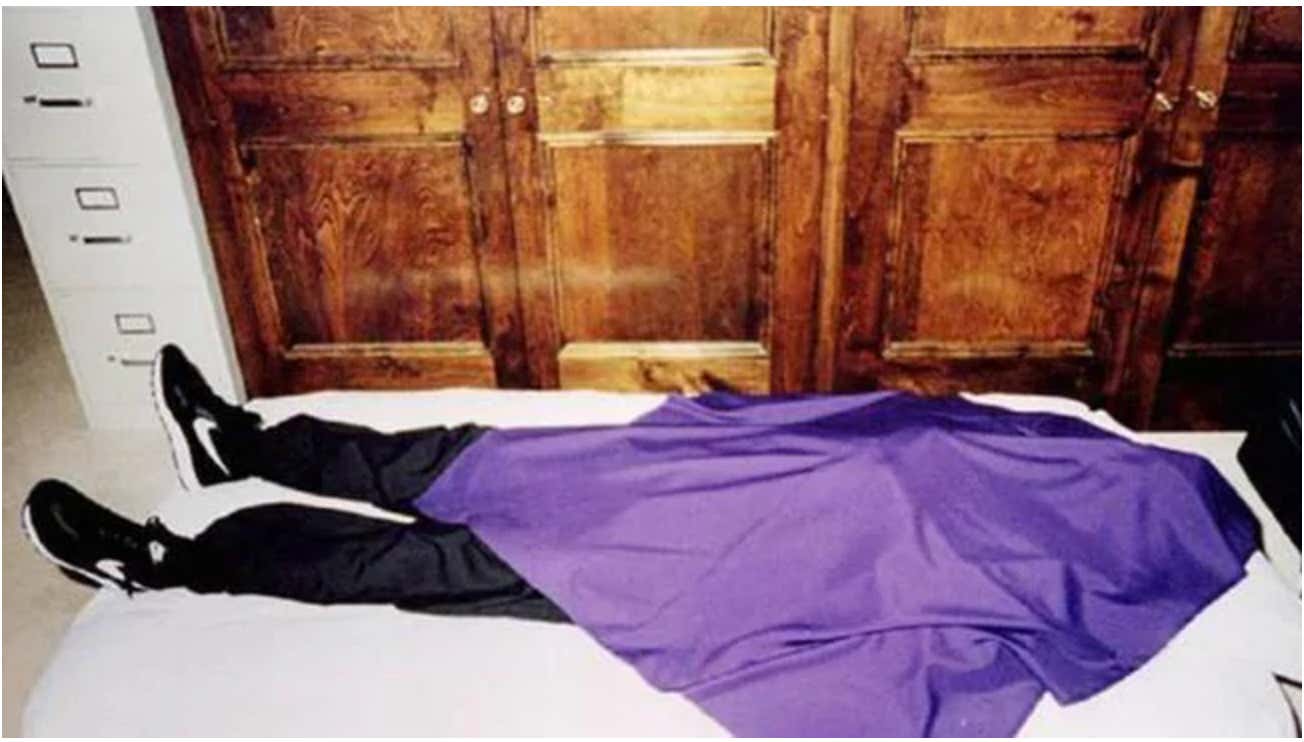 Photos like this were splashed across every newspaper and tabloid and Nike did a very un-Nike thing and took the shoes off the shelves and discontinued the style. Today they're some of the most sought-after shoes by sneakerheads in the world.

This occurred around the time I began watching SNL and it was arguably the last time it was truly great. An upstart Will Ferrell portrayed Marshall Applewhite and could not have been more perfect. Total whackjob playing a total whackjob.

The news gave these guys so much coverage in the days leading up to the Hale Bopp comet coming into our orbit. They weren't as flashy as David Koresh's crew, but what they lacked in pizazz they made up for in substance.

They grew their cult and got very intelligent and learned people from all over to believe there was a UFO hitching a ride to the comet and that Marshall Applewhite had first-class tickets to whoever wanted to join him.

If you've got nothing to do this weekend I highly recommend watching it.

p.s.- SNL also did a fuckin great spoof commercial showing all the people in their Nike's and at the end slapped up the Keds logo and text that said "worn by levelheaded Christians" that has since been taken down and scrubbed from the internet because of course it has.