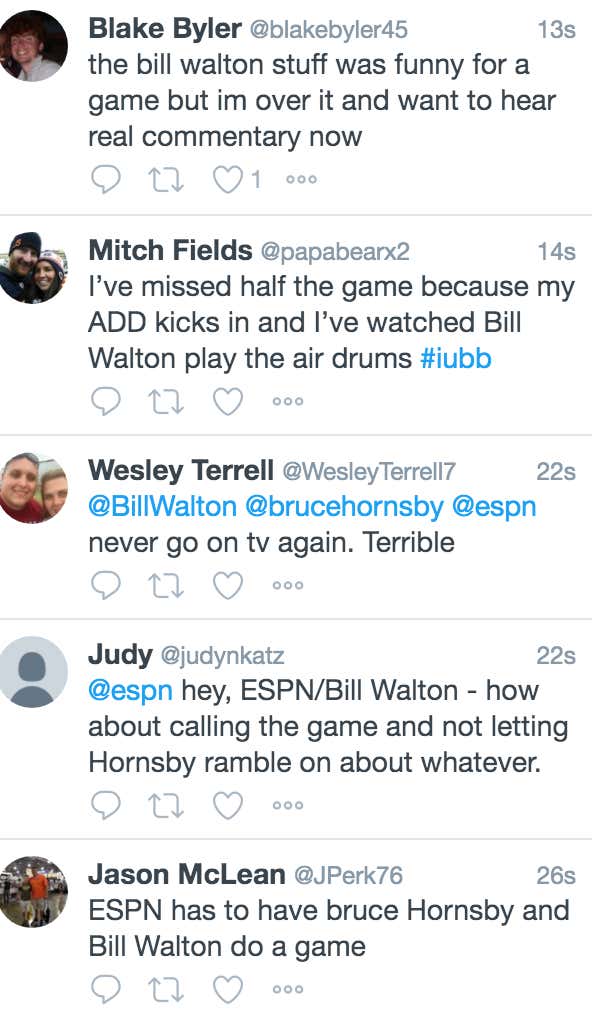 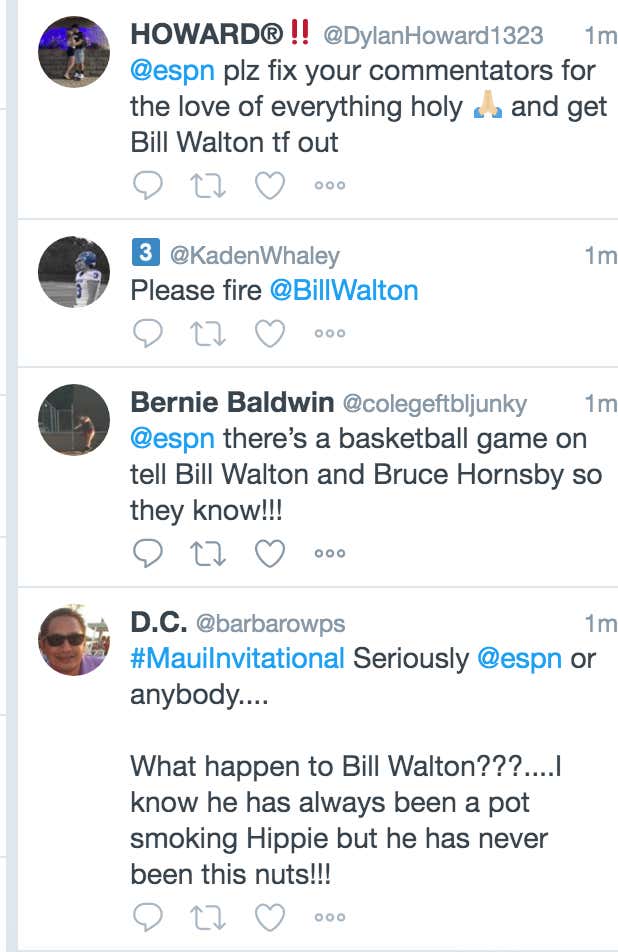 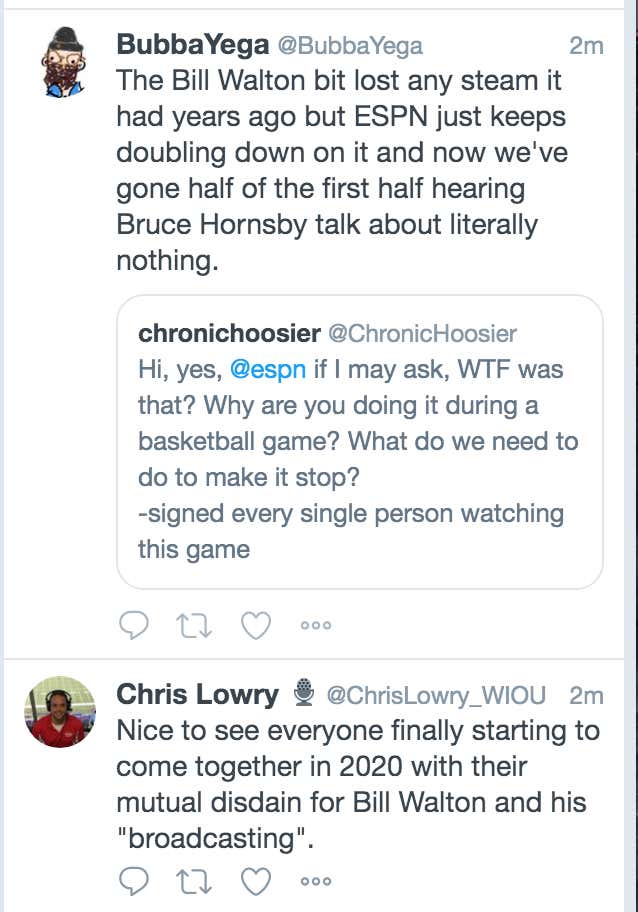 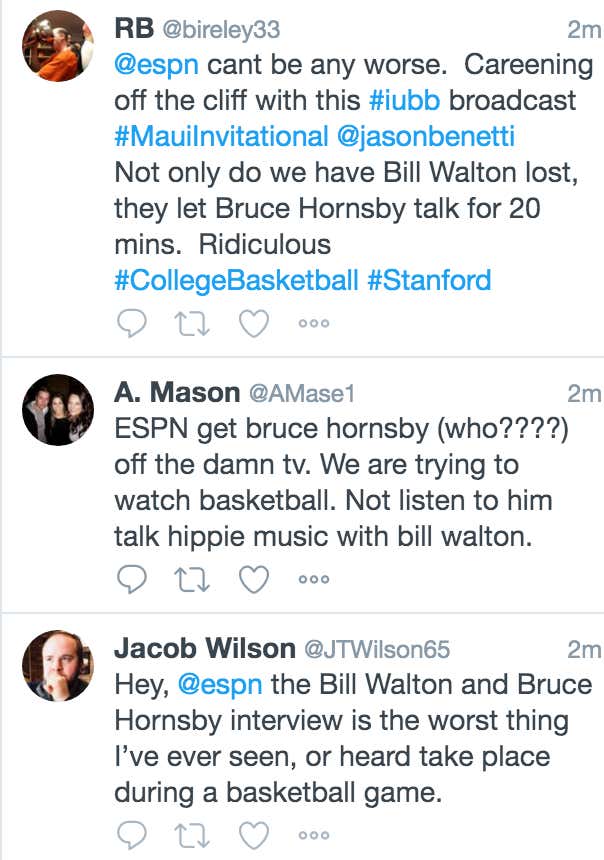 We're at halftime of the Indiana/Stanford game as I write this and all anyone can talk about is Bill Walton and Bruce Hornsby. I assume they planned on having Hornsby on for a couple minutes but it legit turned into a 20 minute conversation with him and Walton talking about God knows what. It was literally all over the place and it included 0 seconds of basketball talk. Naturally Indiana fans lost their complete shit.

Listen, it's Bill Walton. He's going to ramble and you're going to get 50/50 basketball talk. It's part of his beauty. Today he sang Happy Birthday to his dog.

He listed the best dog cities in America, which honestly just sounded like a KB bit. I'm actually waiting for KB to blog something like this because it was right up his alley.

I've said it before but there's no reason to complain about Walton. It's the middle of the afternoon in the 3rd place game. Can you not tell what's going on with the game? Can you not follow along with Twitter about something? People are breaking down the game live at all times on Twitter. Who cares if we get some rambling about the Grateful Dead? It's what makes Bill, Bill.

The real star though is Jason Benetti. He (and Pasch) know how to play exactly off of Walton. They both know what they are doing here. Plus, this game was ugly. The moment Hornsby came on it was a bunch of missed shots. Do you really want a breakdown of offenses stalling? There were 4 points scored the last 3:39 of the half.

My only hope is that Walton lit a blunt up at halftime here. The official Bill Walton high scale is (from lowest to highest)

He's currently at a 3, borderline 2. Let's get weirder. Keep barking like a dog. Keep pissing off Indiana fans, it's fun. If you don't like Walton, you got a big old dump in your pants.