[Source] - Can we put to bed any speculation that Drake tore his ACL trying to guard you in Toronto?
[Laughs] Maybe it might show up in the new album coming out. We'll see if he drops a lyric or a line or something on what actually happened.

Really? This quote is the one that's sending everyone on Twitter into a frenzy thinking Steph is the reason Drake tore his ACL? This is my problem with NBA Twitter and people associated with it freaking out over a simple quote. There was this video of Drake and Steph getting together back in September

Then in early November, Drake posted on IG that he tore his ACL

And now after that quote by Steph yesterday all I'm seeing is that he's the reason Drake tore his ACL. This is just a small sample on Twitter 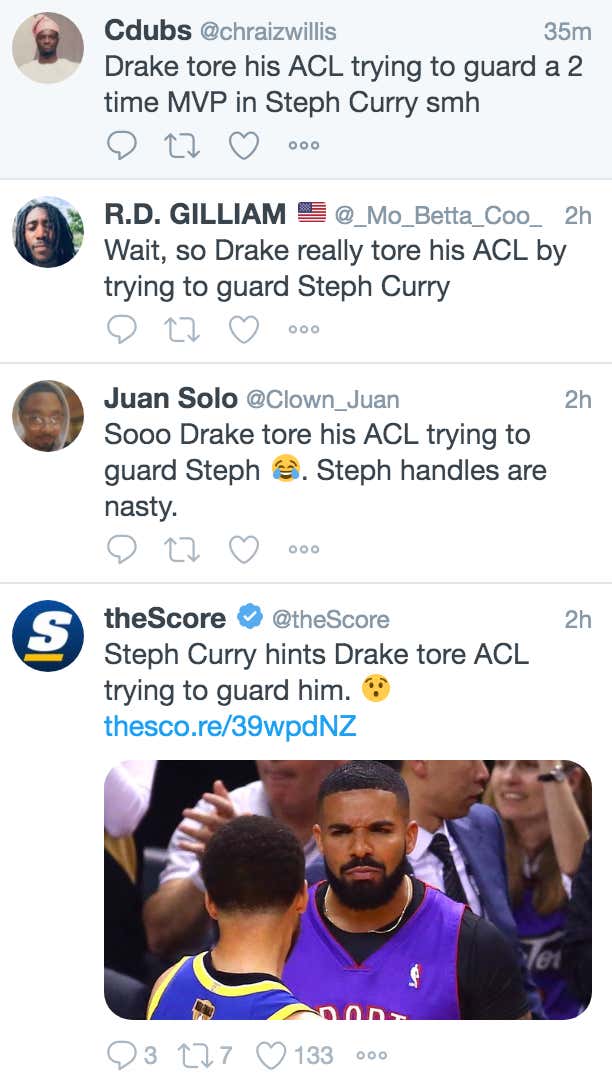 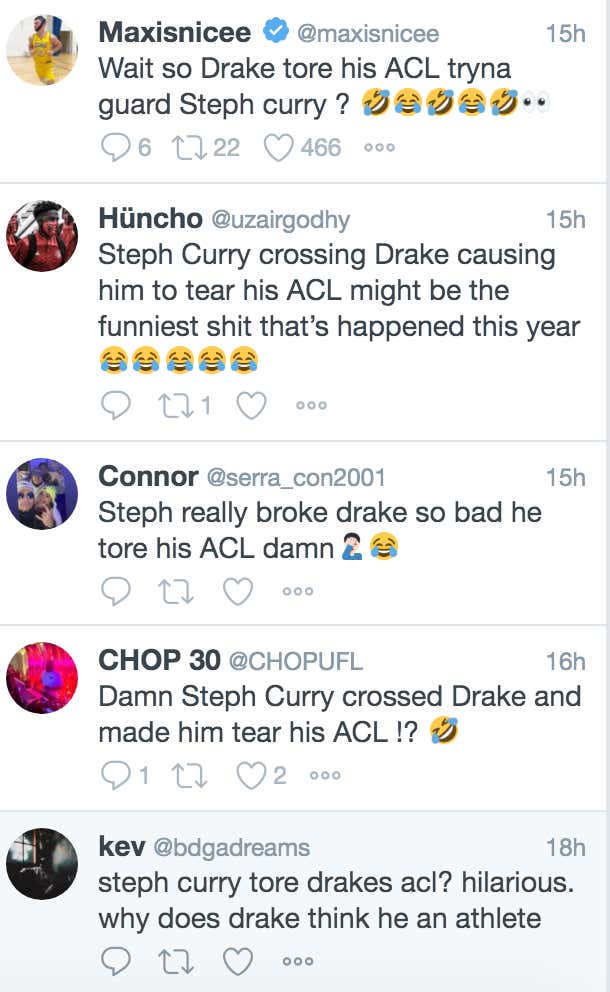 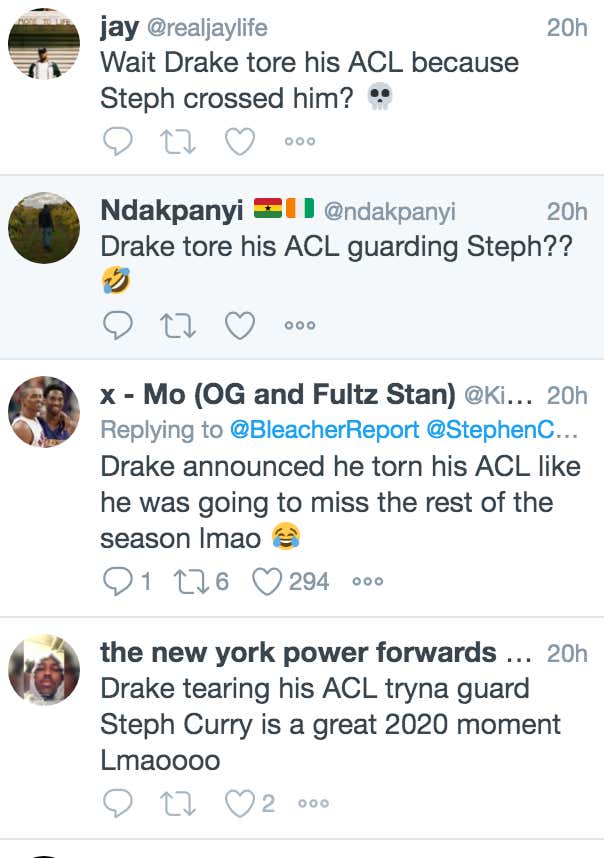 I was all riled up thinking there's no possible way. But then I remembered this is what Drake looks like on the basketball court

Now I'm starting to get convinced that Steph hit him with the cross to behind the back and Drake went to the ground in a split. Even if Curry was going half speed, we're talking about fucking Drake here. The dude isn't a basketball player and he's trying to guard a damn MVP. The real question is what were the other people at the gym doing? Instant reaction is to laugh when a guy gets crossed to the floor, but if they are Drake friends you gotta be delicate. Watch Entourage one time and you know the best place to be is the Turtle role. Just coast as being a driver and live good.

Still not as disrespectful as this move though if we're being honest, no matter what happened

PS: Drake announcing he had a torn ACL like he was going to miss the NBA season is laugh out loud funny. Zero self awareness like you read about.