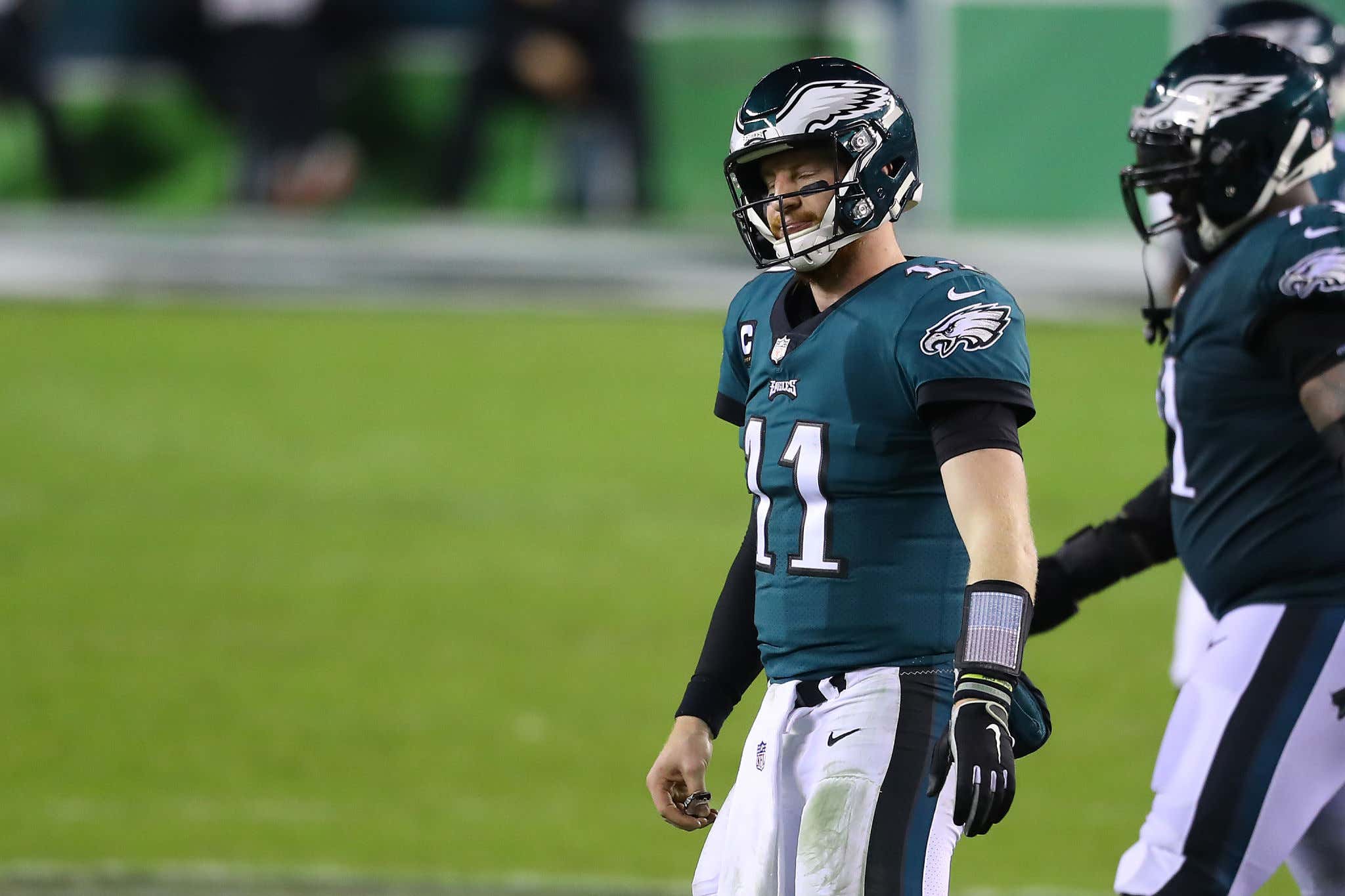 There's nothing left to say that hasn't been said already about this Philadelphia Eagles team. They are a total disaster from top to bottom. From Jeffrey Lurie being too involved at the ownership level, to Howie Roseman having now idea how to construct a roster and evaluate talent at a managerial level, to Doug Pederson having a giant bowl of mashed potatoes for brains at a coaching level, to Carson Wentz regressing harder than almost any quarterback in the Super Bowl era has regressed before. Hell, if fans were still allowed at the stadium I bet even the hot dog vendors would suck this year.

But there's hope. It's not much, and it obviously rides on the Eagles gutting the majority of the organization. But there's hope somewhere deep down under this giant pile of shit.

Sure, it may be "alarming" to see just how bad things are getting for Carson Wentz right now. And sure, it may be worrisome that he's the only player on this list to have this type of regression under the age of 30. But those are some pretty dang good names to be in the same company as.

And Joe Theismann is the only quarterback who has won a Super Bowl and a league MVP without being inducted into the Hall of Fame, so we'll just count him as an honorary member here.

The fact of the matter is that Carson Wentz is right where he needs to be in order to be considered one of the greats. Maybe he's doing things a little out of order. But by the transitive property of greatness, if A = B and B = C, then A = C. The order doesn't matter. He's doing things that pretty much only Hall of Famers have ever done before. And people still want to hand over the keys to the offense to Jalen Hurts? Get real. The Wentz Wagon rolls on.

But yeah, not great at the moment. Still can't stop watching this.