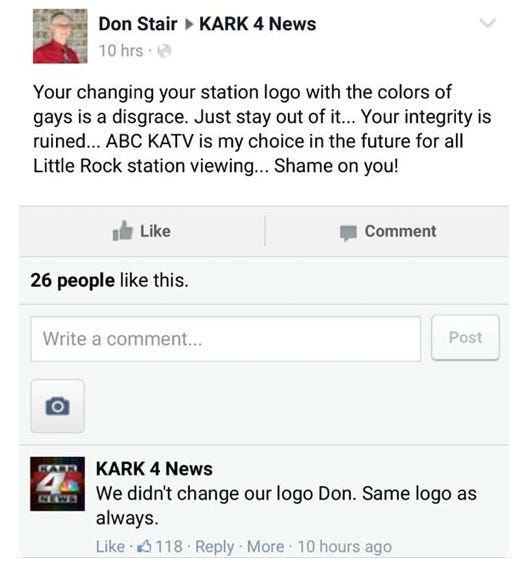 Fuckin liberal pussies over at NBC! Supporting gays with that rainbow flag! Just like those sinners over at General Mills. Yea thats right I noticed that fuckin Leprechaun and those Lucky Charms. Ever since they introduced the rainbow marshmallows back in 93 it was clear they had a homosexual agenda. All those fancy balloons and shooting stars. Gay as shit. I wont stand for it. I’ll be watching the ABC news eating Corn Flakes and dreaming of having sex with women so that I will go to heaven when I die.

The peacock mix up may not even be the best reaction to the gay marriage ruling. We also had the pastor backtracking on setting himself on fire, and the the Lutheran pastor blaming the Jews. Also in non-gay news, we have a Bunny Ranch hooker who wants to be on the $10 bill, and the 35 year old woman who reported her teddy bear missing to the police. Plug in, juice up. Its Daily Mail.