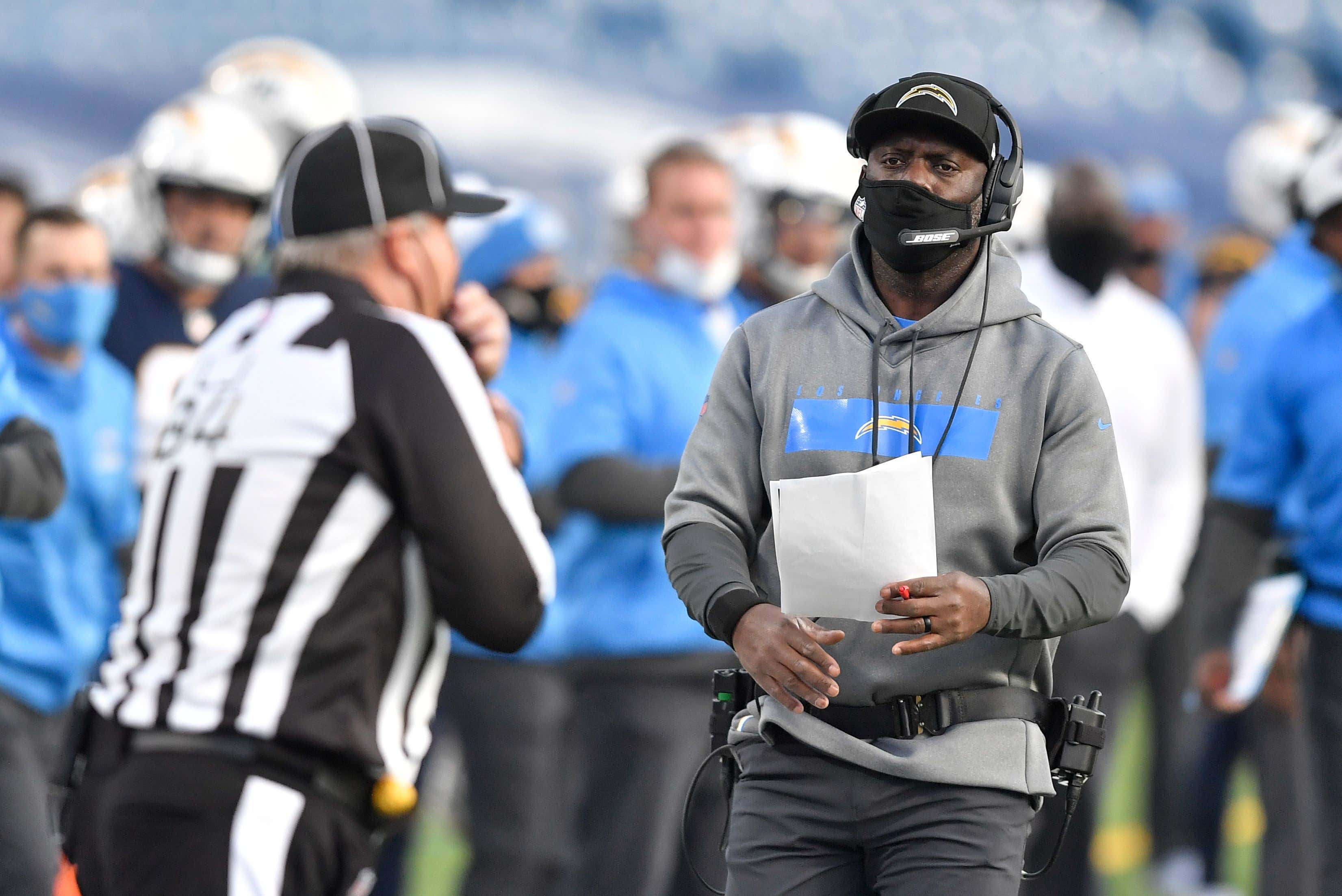 It's no secret that Anthony Lynn is a bad football coach. I mean you can't possibly blow the leads that the Chargers do every week with a competent guy at the helm. Today was something else. Truly remarkable if I may. With a minute to go in their game against the Bills Justin Herbert launched a hail mary on 4th and 27 that was miraculously caught and brought down to the Buffalo 2 yard line by Tyron Johnson. Still not sure how this dude ended up with the ball. Straight up magic. Teams should just throw hail marys on the Bills until they prove they can stop it.

That prayer set up the Chargers with a chance, a slim one at that, but a chance nonetheless. The game plan from there is pretty straight forward: sprint to the line, spike the ball, kick a field goal, and try to recover an onside kick. At the bare minimum you have to spike the ball. If you want to take an end zone shot after the spike I'm not going to crucify you, but that end zone shot has to be a pass. If you don't score a touchdown, kick the field goal and then try an onside kick. Whatever you do, don't run the ball. I'm far from a football savant or some x's and o's whisperer, but everyone and their mother knows what to do there. Keep in mind the spread was Chargers +4.5 and the Can't Lose Parlay's adjusted over was 44.5. One more point and you're home free.

What did Anthony Lynn do? With the clock still winding, Lynn refused to spike it and called for a hand off up the middle for 1 yard. You need two scores and there's 20 something seconds left ticking away!! How in the world do you not spike the ball? How do you RUN IT??? You've got the runaway rookie of the year in Herbert, Keenan Allen, a giant in Mike Williams, and Hunter Henry. Nope, run up the middle. HB dive. It takes a special type of incompetent coaching mind to call that play in that spot. I'm not even sure the likes of Adam Gase has that in him.

With the clock continuously winding Lynn had essentially doomed LA of any puncher's chance to win this football game. Fuck a spike, let's throw it now said Lynn! Incomplete of course, but a roughing the passer penalty was called. The clock had finally stopped with eight seconds to go. Eh why not, one more incomplete pass, Lynn's not driving. Three seconds left, let's just score guys. Every bettor's spread wager hinged on this play. The Can't Lose Parlay's life relied upon the Chargers finding pay dirt. At least Lynn could go home a hero that covered on the final play of the contest. So what did Lynn cook up?

QB SNEAK WITH THE ENTIRE O LINE IN PASS PROTECTION

Someone needs to get Justin Herbert out of LA and into hiding. Kidnap him until the season is over and get him out of Anthony Lynn's grasp. This dude's life is in danger playing under this man. I'm sure Lynn is a good respectable man, but he's one atrocious football coach. You just can't allow this to keep happening. That final play is attempted manslaughter. There's a real chance after watching the end of this game that Lynn simply does not have a brain in his head. I'm sure there were many other sequences in the game that warranted a "fire Lynn" rant, but this one stood out to me. Supreme incompetence of the highest order. One thing I know for sure is that Bolt Man does not deserve this. Justin Herbert's girlfriend does not deserve to see that kind of harm inflicted on her boy.