So a little context into what is now being dubbed #ClapGate. After the Nebraska/Iowa game today Huskers head coach Scott Frost said this series of words out loud to the media

A strange complaint that I have never heard in all my days watching sports. So essentially a couple of claps threw off Nebraska's entire offensive rhythm? So much so that they felt the need to complain to the officials? And that's part of the reason why they lost? Get the fuck outta here man.

I don't know what's gotten into Kirk Ferentz these days but I LOVE IT. He just doesn't give a fuck anymore. Kirk has been the head coach at Iowa for 22 years running and for the first 21 years he never said anything of note during any of his press conferences. It was all by design because Kirk is usually a very reserved guy. He epitomizes the hard-hat-and-lunch-pail type work ethic and usually lets the play on the field do all the talking. But now, in his 22nd year, Kirk has apparently decided he's going to voice his opinion when somebody pisses him off.

This isn't the first time he's done it this season He did it a couple weeks ago when he called a bunch of timeouts out of spite against PJ Fleck and Minnesota then said this after the game (the timeouts came as the Hawkeyes were blowing out the Badgers by 5 touchdowns, mind you):

“They called a timeout to get a look at what we were doing and reconsider, so we just wanted to make sure that we got a good look at what they were doing,” Ferentz said. “No sense taking them on the bus with us, right? [The media] reminds us about that a couple of times over the last 22 years. I figured we’d take Floyd with us and leave the timeouts here.”

Savage. And now this time with his comments about #ClapGate. It's fascinating. I guess Kirk has reached the point in his career where he's gonna let it fly and I, for one, could not be a bigger fan of it. Kirk was absolutely dumbfounded by Frost's clapping complaint. Is this football or is this golf? What the hell are we even talking about? Clapping? Grow up, Nebraska. It might not seem like much to non-Iowa fans but that's easily the most animated Kirk Ferentz has been while standing at a podium.

He literally hit them with the Kanye Shrug 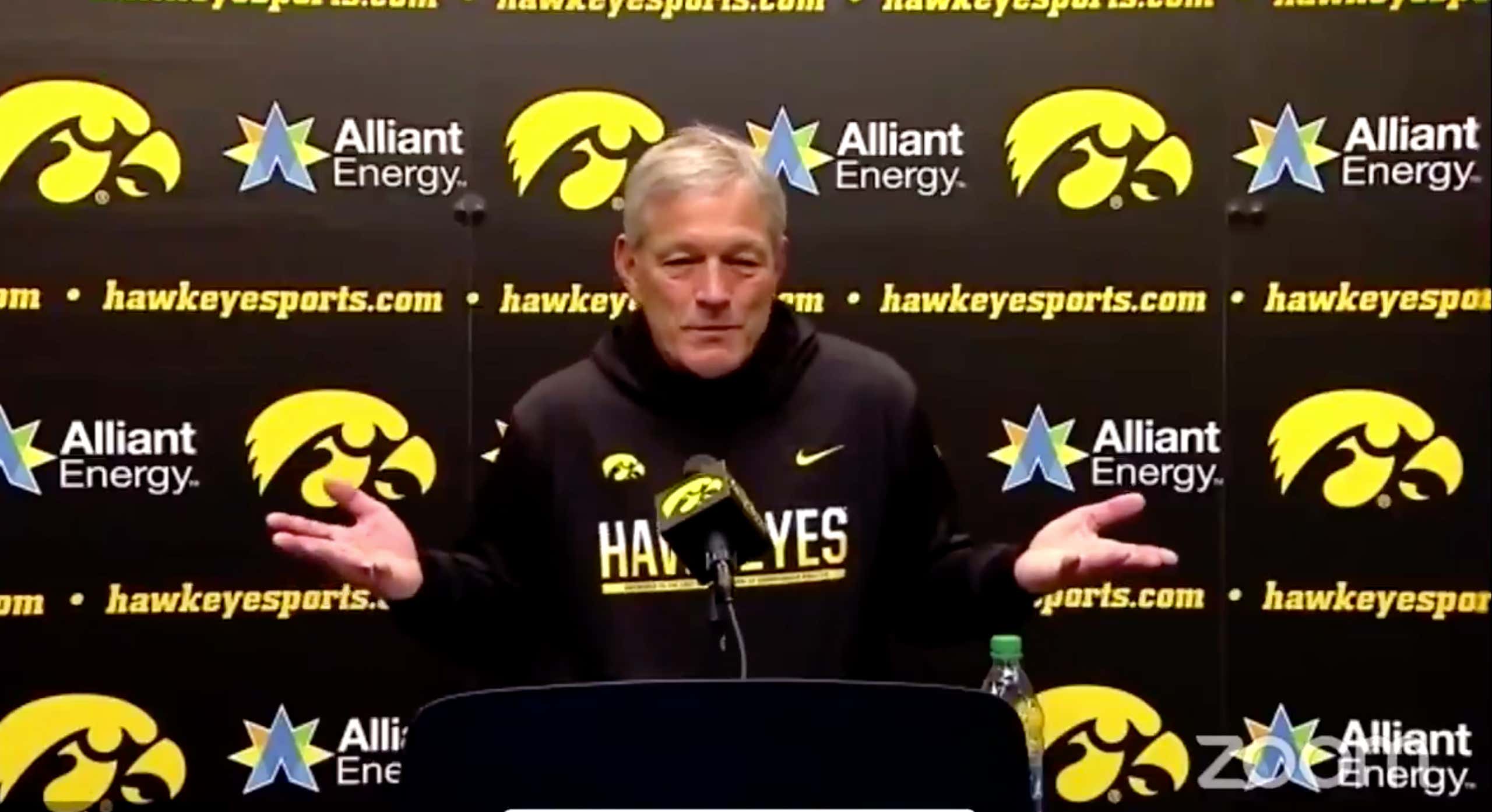 Tremendous. Absolutely tremendous, Iowa fans have almost always loved Kirk Ferentz during his tenure but we might love this Give Zero Fucks Kirk Ferentz version the most. Keep firing, Kirk.