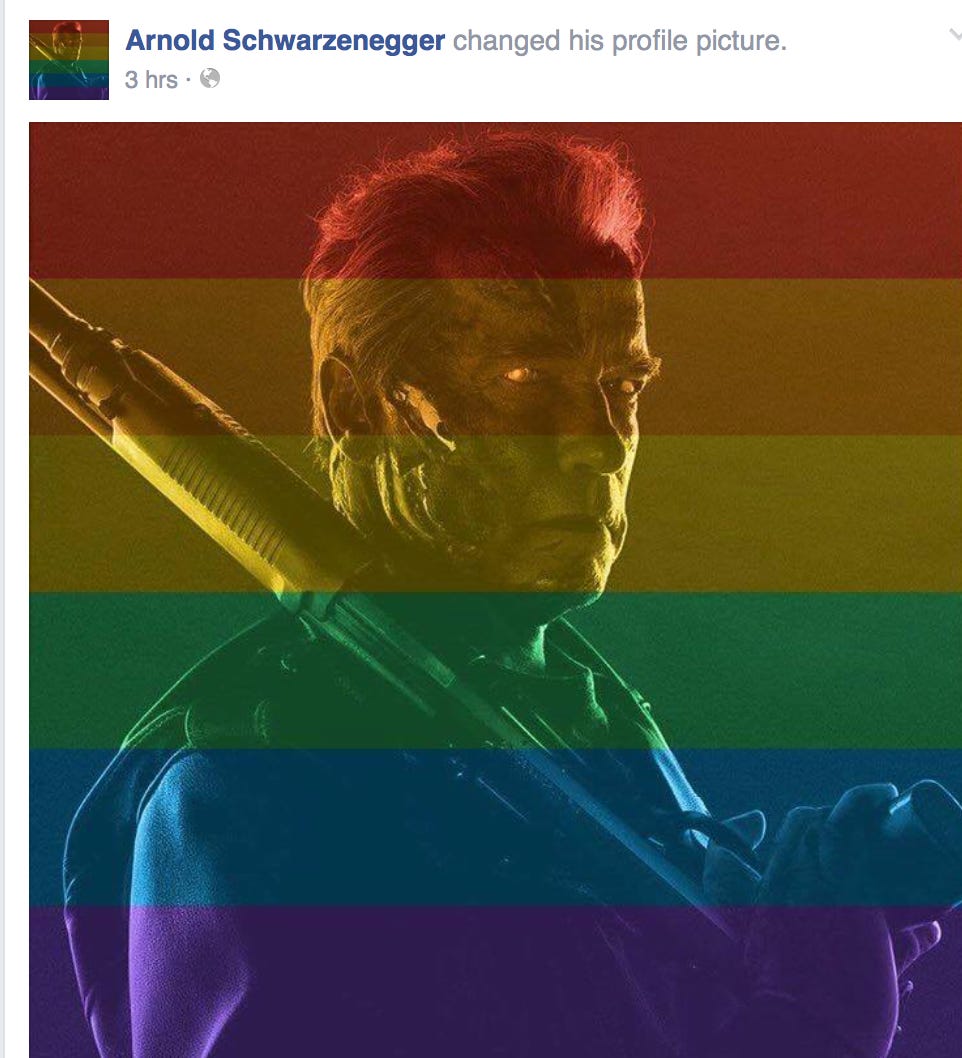 Boom, Jakub!  Boom!  You just got taken to school by the Terminator.  That’s gotta hurt. Ohhhh Jakub doesn’t like gay people, he’s mad that Arnold is cool with gay people so now Jakub is threatening to unlike his page. I like how Jakub thinks his Like is important to Arnold.  That it’s some sort of special currency that Arnold needs to survive.  He doesn’t need it, Jakub.  Arnold doesn’t give a shit because he’s Arnold fucking Schwarzenegger. He’s the Terminator.  He’s the guy from Jingle All The Way.  He doesn’t have to care about anything.  He’s got more Likes than he knows what to do with.  Who spells their name like that anyway?  Jakub?  That’s dumb.  And don’t come at Arnold calling him Arnie like you guys are buds.  You guys aren’t friends.  You’re threatening to take your precious Like and go home.  You guys are the opposite of friends. Such a perfect response from Arnie (I can call him that because we are friends) to humiliate Jakub.

PS- Is there a better-than-good chance part of this was motivated by the fact that this is great PR for Arnold and Terminator Genisys comes out July 1st?  Maybe but I’m going to ignore that factor and assume Arnold boom roasting somebody on Facebook was purely genuine because that’s just how I’m wired.