Source - ‘Hot Doctor’ Mikhail Varshavski has come under withering fire from his millions of followers after pictures of him ignoring his own advice by partying maskless on his birthday emerged.

Varshavski — who has found Internet fame as Dr. Mike — has been in the vanguard of stressing the importance of wearing a mask to stop the spread of Covid-19.

But he appeared to break all his own rules when it came to his 31st birthday party, for which he flew from New York to Miami on November 12 to celebrate.

A picture of Varshavski on a boat in Sunset Harbor surrounded by 14 other people — most of them bikini-clad women — has since done the rounds with his fans calling him out for hypocrisy. 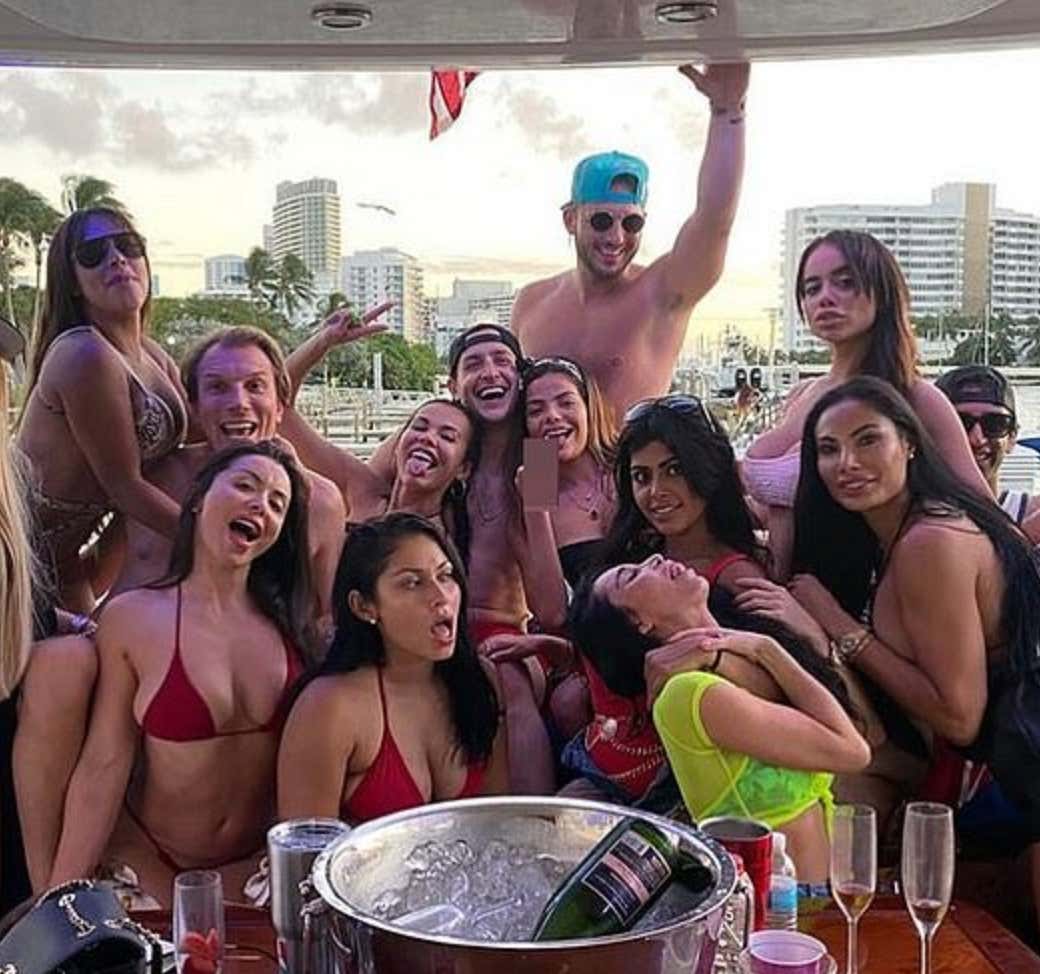 The viral picture was accompanied by a video of Varshavski working on one of the women’s necks while in bathing trunks. He is seen kneeling on the boat’s deck while she is lying face up on it. This time he was wearing a mask, although the woman was not.

Varshavski has built up a huge following over the past five years since a picture of him with his husky Roxy went viral. People magazine named him the ‘Sexiest Doctor Alive’ in 2015.

Well all be damned. A 'hot doctor' who makes more money off of his Instagram page than he does practicing medicine spent his birthday on a boat full of beautiful women? And none of them were wearing masks? You've got to be kidding me. I thought a guy like him would practice what he preaches. I though a guy who goes by 'hot doctor' would've cared more about the general public's health than he does about reaping the benefits of his Instagram fame. At least that's what he said in his interview with Dr. Fauci on his 6.46 million subscriber YouTube channel. And during this Instagram video specifically on the importance of wearing masks…

Listen I'm not here to ruin the guy's life, I'm just here to call out the hypocrisy. The same thing happened a few weeks ago when Gavin Newsom, the governor of California, got caught eating arctic char at an indoor dinner party hours after telling the residents of his state to cancel Thanksgiving and maintain social distance. The point I'm trying to make is that everyone is a bullshitter, especially this guy…

^^Notice the caption on the first two. Here's what some people had to say online after the photos came out…

‘I know it's your life and you can do what you want, but you have chosen to be a public figure. And because of that, and your profession, you are held to a higher standard,’ one follower, calling themselves Irisheyez wrote on Reddit.

‘You are supposed to be the example. I admired and respected you. Now that is all lost.’

Another, UghDestiny, added: 'This year was awful and Dr. Mike was a safe place for me. I was actually glad I discovered him before the pandemic, because without him, I would've probably lost my mind with crazy conspiracies.

‘I never cared about my health, I never trusted doctors before him, now I don't know what to believe or do anymore. I was able to bring my family back to reality only with the information and arguments he has provided in his videos.’

And a third, Anko_Dango wrote: ‘When you become a very large and growing medical influencer, one that a lot of people rely on for medical information in regards to the pandemic, it’s not a good look.

‘Ultimately it's his life and he's free to do whatever the hell he wants, but he has to deal with the consequences, and if that means his fans turning on him, so be it.’

Varshavski did not respond to repeated phone calls and emails from DailyMail.com asking for comment.

Sad. Hopefully he's able to pick himself up by his bootstraps and continue to do God's work. From the looks of it, he'll be just fine… 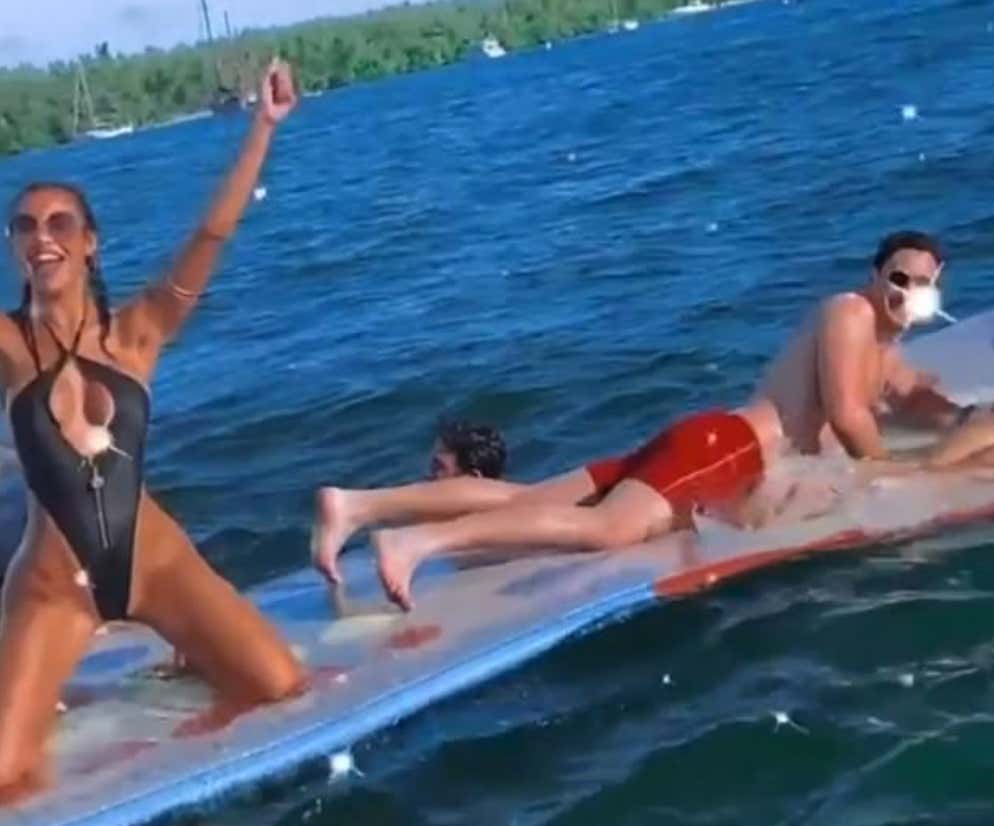 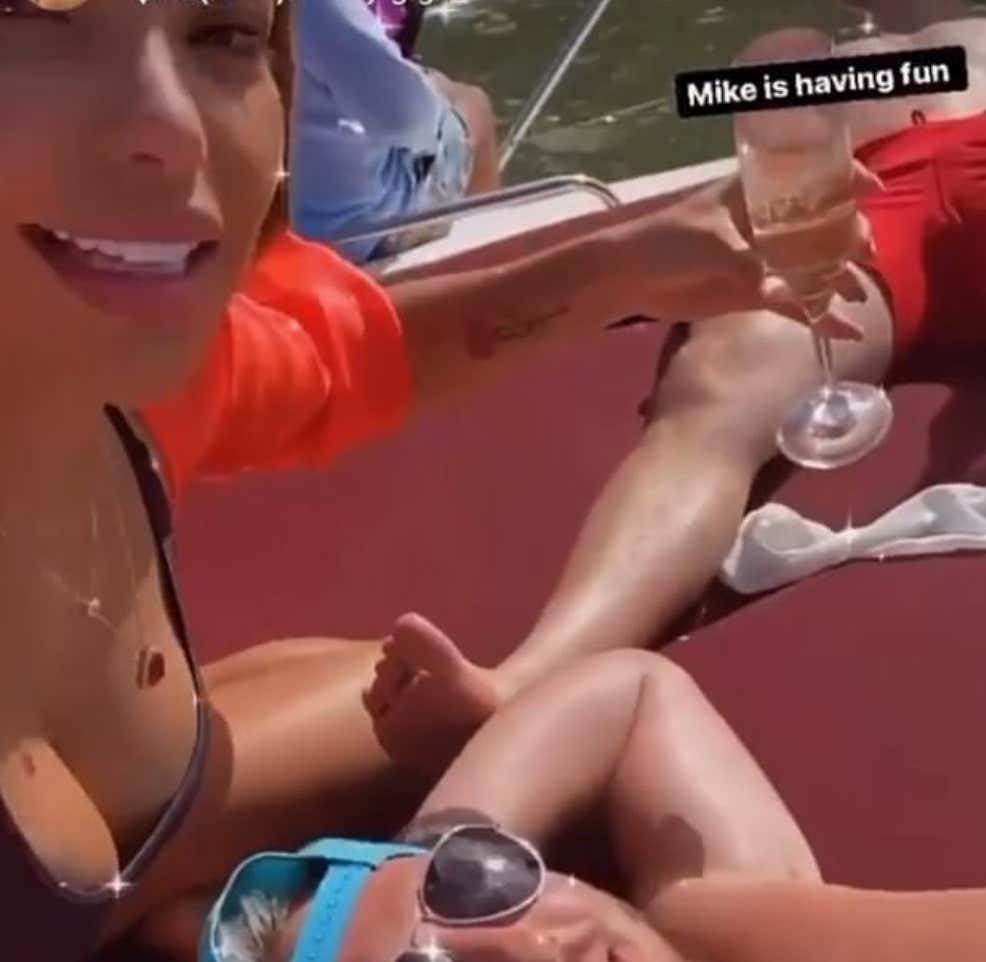