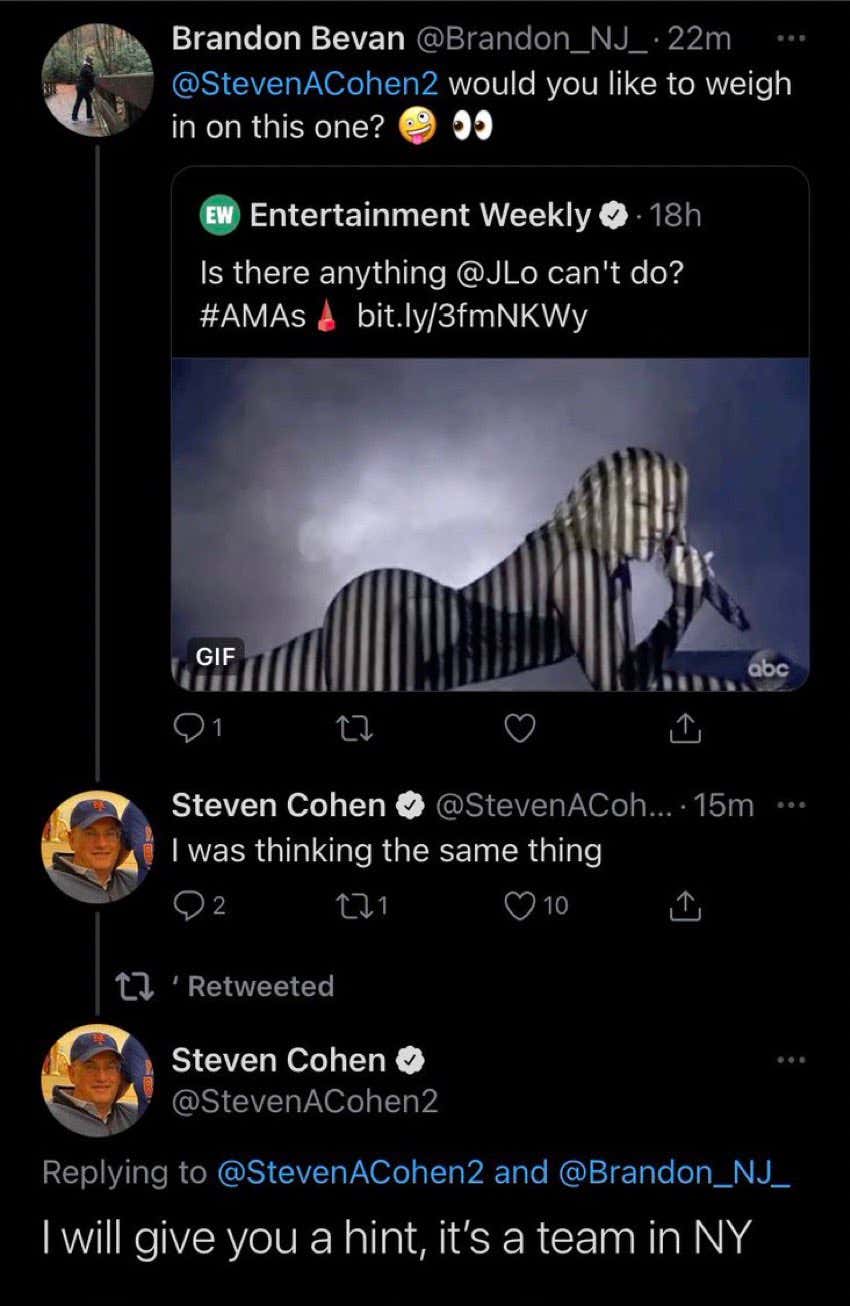 God dammit, I KNEW this Steve Cohen dream was too good to last! Because there is no way Rob Manfred doesn't ban Steve Cohen from baseball for life for what he just did to JLo, which in turn he did to A-Rod, which he in turn did to the sport of baseball. Alex Rodriguez the player may have tarnished his legacy and the game with his positive steroid tests and chicanery. But Uncle Stevie just removed A-Rod's entire soul clean from his body with one tweet. Actually make that two because the follow up tweet to clarify he was talking about Team J-Rod getting dusted in the bidding of the Mets with the ol' "I'll give you a hint" joke was somehow even more savage than the first tweet. Will the sport of baseball ever recover? Only time will tell.

KFC and I debated whether Uncle Stevie being on Twitter was a good thing. KFC loved the idea of having someone as calculating as Bobby Axelrod striking in the shadows, while I liked having an owner that mixed it up with the fans as The People's Champion. But having an owner that will murder his enemies in the business world AND on Twitter is undeniably awesome.

This is the Bobby Axelrod we were promised. The guy who has A-Rod among the few accounts he follows. Not because he gives a fuck about A-Rod Corp or how many baseballs Alex signed that day. But because he likes to stalk his prey before he eats it. Because as a wise man once said about crossing another ruthless mogul "He'd better not know you're involved, not know your names or think you're dead. Because he'll kill ya, and then he'll go to work on ya!"

TL;DR - Come at the king, you best not miss! 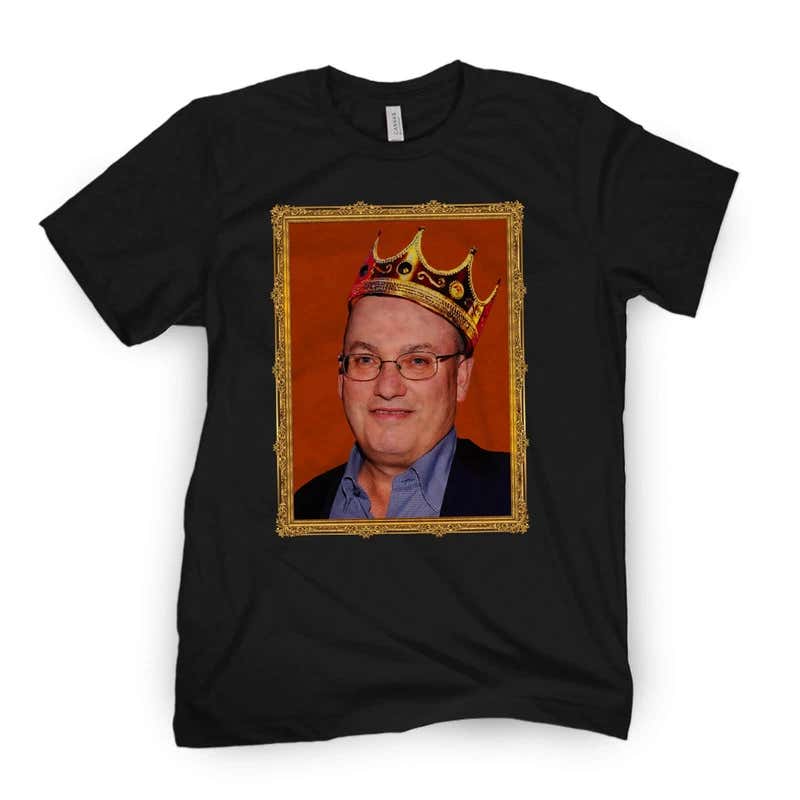