On Saturday morning, it was announced that the Clemson-FSU game was canceled. It was no surprise that yet another college game was canceled, but the timing of it was just hours before the game. Most games are canceled days before, not the day of.

Almost immediately after the game was canceled, Clemson went to the media to express their frustration. They didn't go directly, but it wasn't that hard to understand who the "source" was in some of the reports.

Trevor even went to Twitter and made his opinion known:

As wars in the media usually work (we saw this with BYU and Washington yesterday), FSU responded as another "source." This "source" reported a very important detail that Clemson's "source" left out:

Clemson traveled back home after offering to play on Sunday/Monday/Tuesday, but FSU did not seem keen to the idea. During his weekly Sunday media spot, Dabo continued to rip into FSU:

Dabbbboooooo!!! The man of CHRIST went in on FSU. Now, of course, this was NOT accepted well in the CFB media landscape.

Talking like he just went through a brutal breakup and the ex is trying to get back together. Very, very petty. Is he wrong for going this hard on FSU? It's hard to say. During a pandemic, it's better to be safe than sorry, but I do think Clemson has the right to be skeptical considering how big of a favorite they were in this game.

Clemson apparently met with the ACC and they approved the game to be played....

Norvell responded to the rumors that they ducked Clemson today during his press conference: 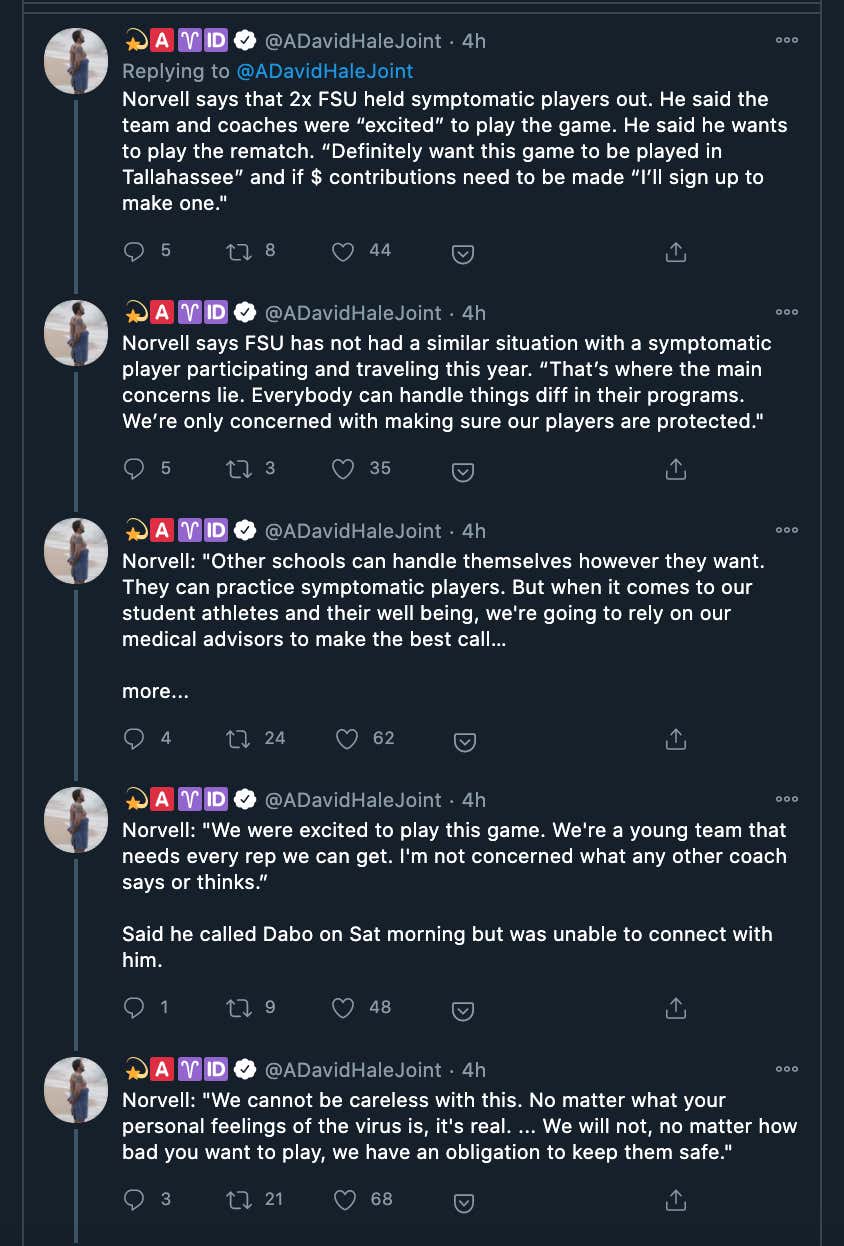 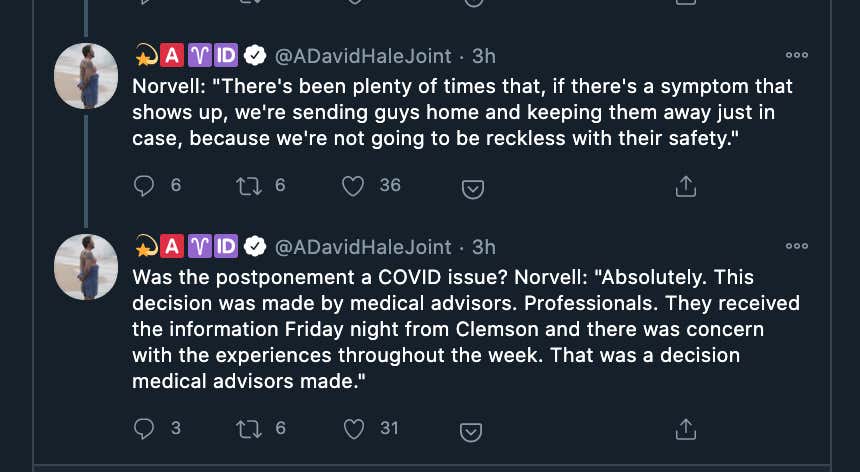 All I know is Clemson will plan on beating FSU by 100 points next year. Mark it down in your betting calendar.