But for anyone out there who is looking to up their brisket game, I figured I'd make a couple of videos here breaking down everything you need to focus on from start to finish. I've done a brisket video before but I've changed up the way I do pretty much everything since that video, so it just made more sense to make some completely new ones.

So part 1 is all about trimming and seasoning. The brisket is a wild cut of meat. It's super uneven, there's a ton of fat that is running between the two muscles, there's just way too much going on with this cut of meat that you can't just throw it on the smoker as is and expect it to turn out great. So you've gotta trim it up a bit regardless of how much it feels like you're wasting meat. Because getting your brisket to go from looking like this: 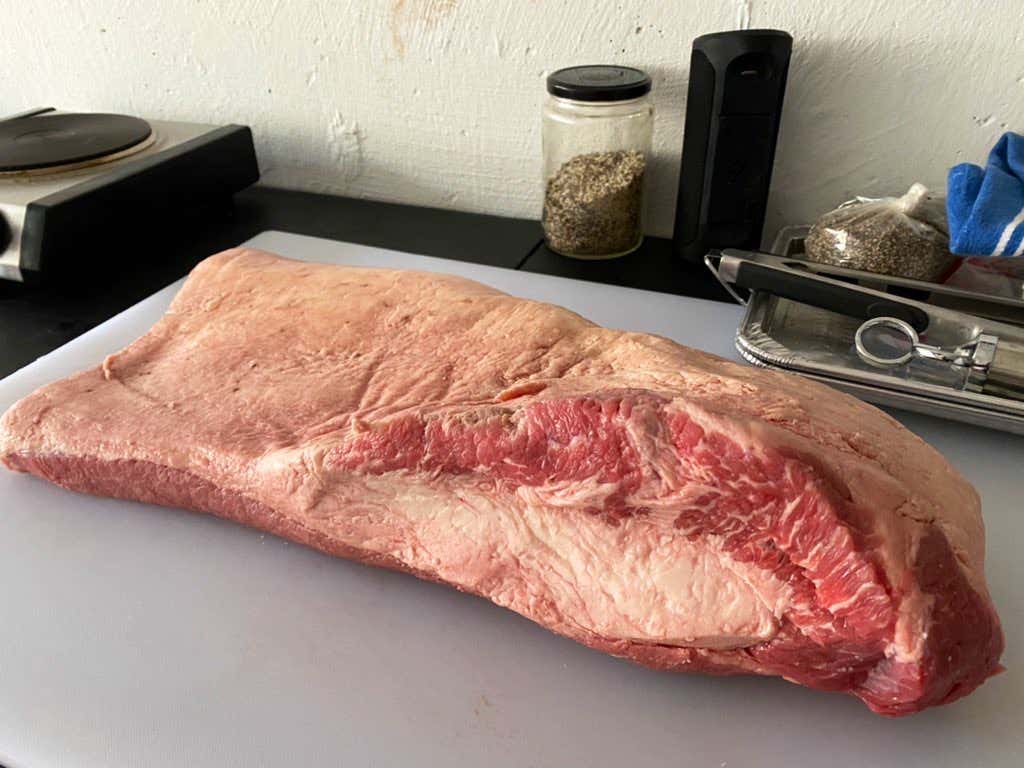 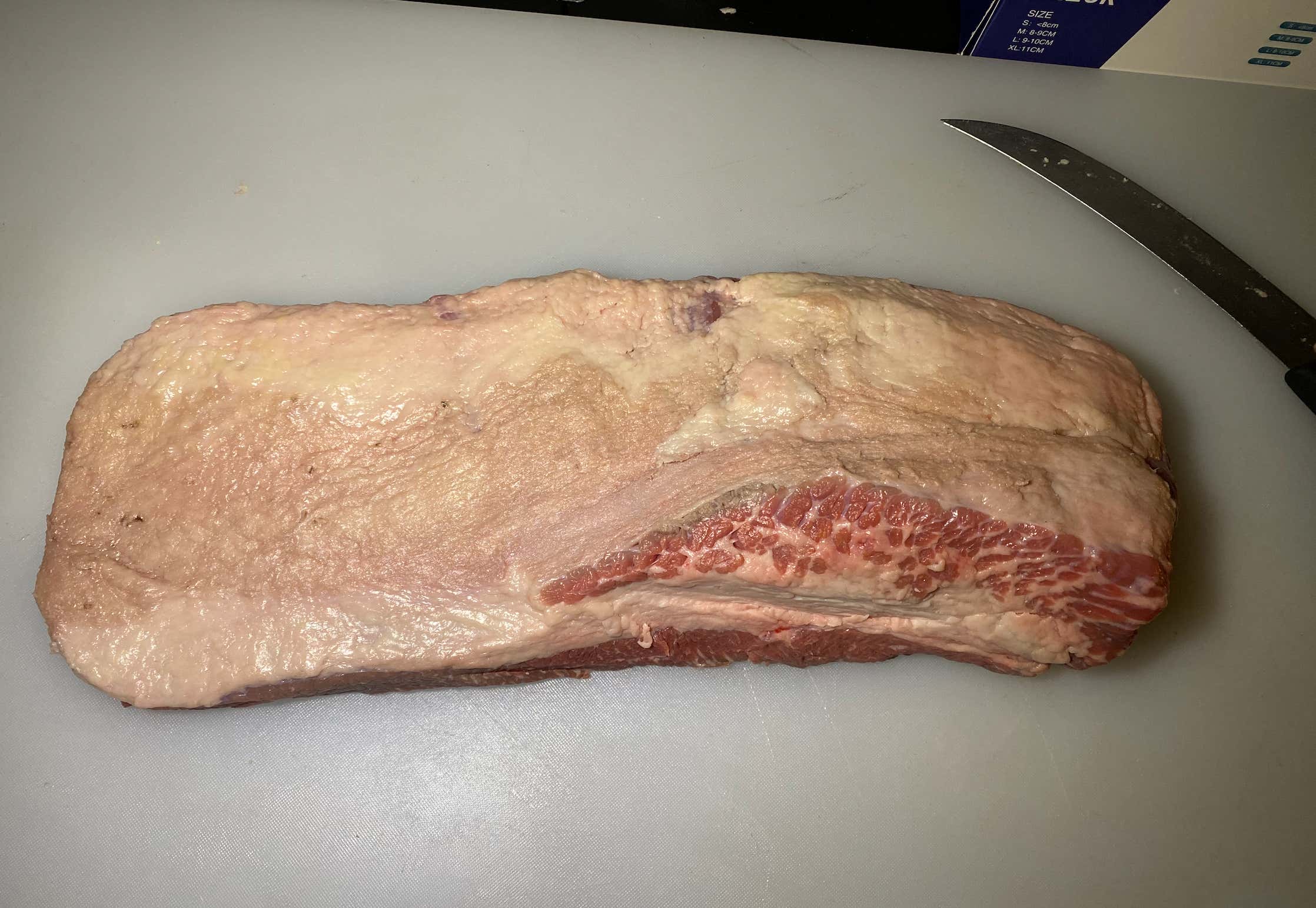 Is gonna make a huge difference in the way it cooks and the way it eats in the end.

The 2nd half of Brisket For The Boys will be up tomorrow. Part 2 is all about the actual cook, making sure you keep your temperatures consistent, how and when to wrap your meat, and finally how to go about slicing the damn thing. Because if you spend 12-13 hours on a brisket cook only to recklessly hack away at it when slicing, you just wasted all that time.

Here's a quick sneak preview of what's in store for part 2.

Oh and by the way, I can guarantee anybody on BBQ Twitter who talks shit on another person's cook can't cook for shit themselves. I feel like most of BBQ Twitter has their heart in the right place and just wants to help. But if you're actually chirping and think you know everything, that's a pretty quick way to point out that you know nothing.

See you all tomorrow.