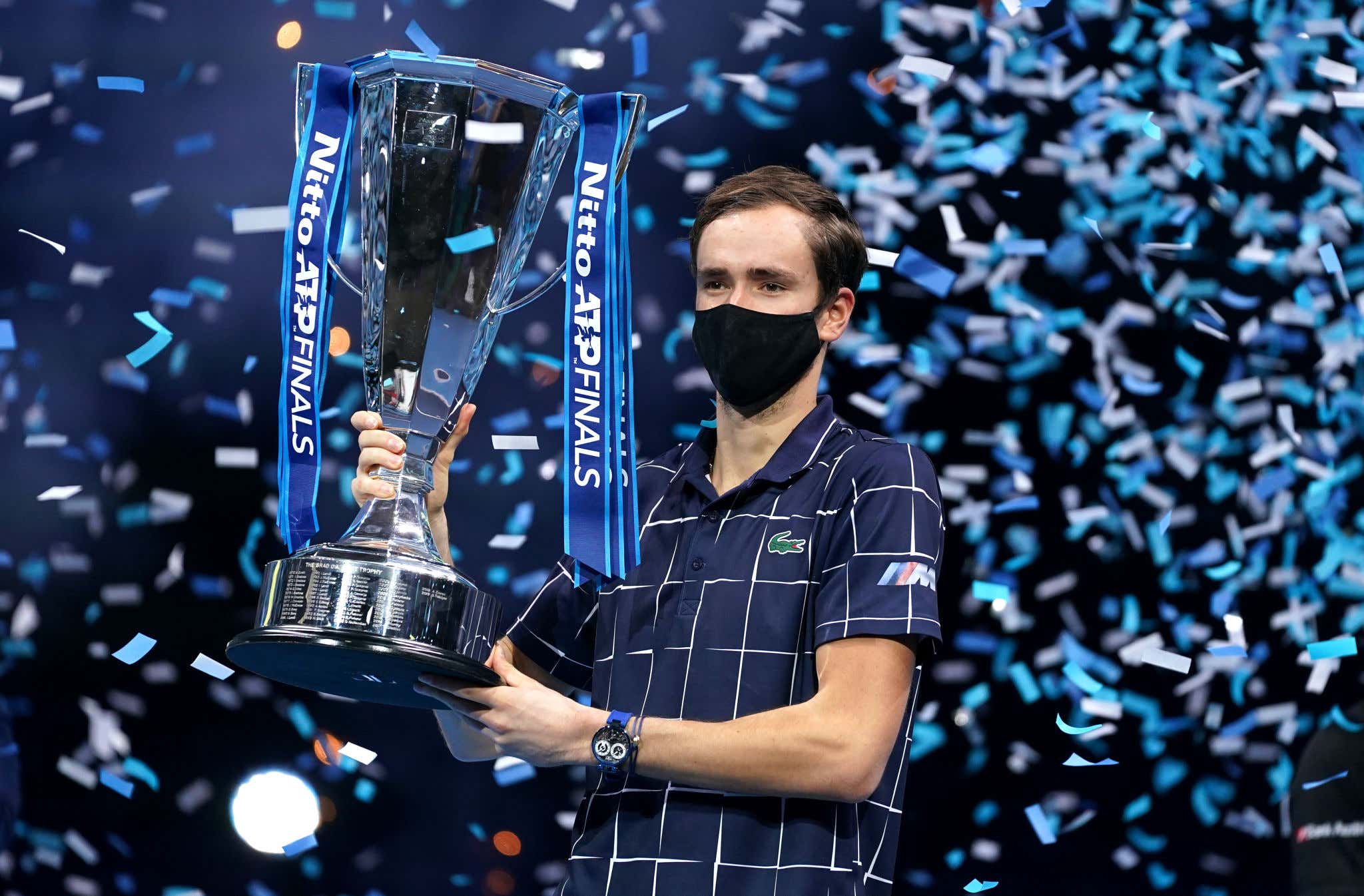 Hey there again! Hubbs here blogging some tennis on the lord's day as the rest of the country watches the NFL. We had ourselves an ATP Finals championship match today in London between Danill Medvedev and Dominic Thiem. This was expected to be an all-out war with both top players peaking at the same time. Both had taken down Djokovic and Nadal in this tournament and were pretty much showing zero flaws. What we got was a three set thriller and Medvedev out-lasted the Austrian to take home the end of the year title.

First set went to Thiem. Dude was a human back stop on pretty much every point. He got some help to close out the set thanks to this shot that skimmed the net and whizzed by Medvedev.

In the 2nd set Medvedev started to figure things out while Thiem's level dropped a tiny bit. This rally was pure insanity. Just so fucking good on both sides of the court.

Medvedev didn't win a single match at last year's ATP Finals. This year he didn't drop one match and took down the world number one, two, and three players in the world to hoist the trophy. That's just about impressive as it gets.

Medvedev has zero reaction to winning. None. He smiled after losing the first set and then was stoic as humanly possible when the match was over. Biggest win of his career and he acted like it was an exhibition match. Dude's a weird cat, but he's fucking sick at tennis.

Full highlights here below if you want to check them out at half time. Aussie Open in January with Federer and Kyrgios back in the mix. I can't fucking wait.