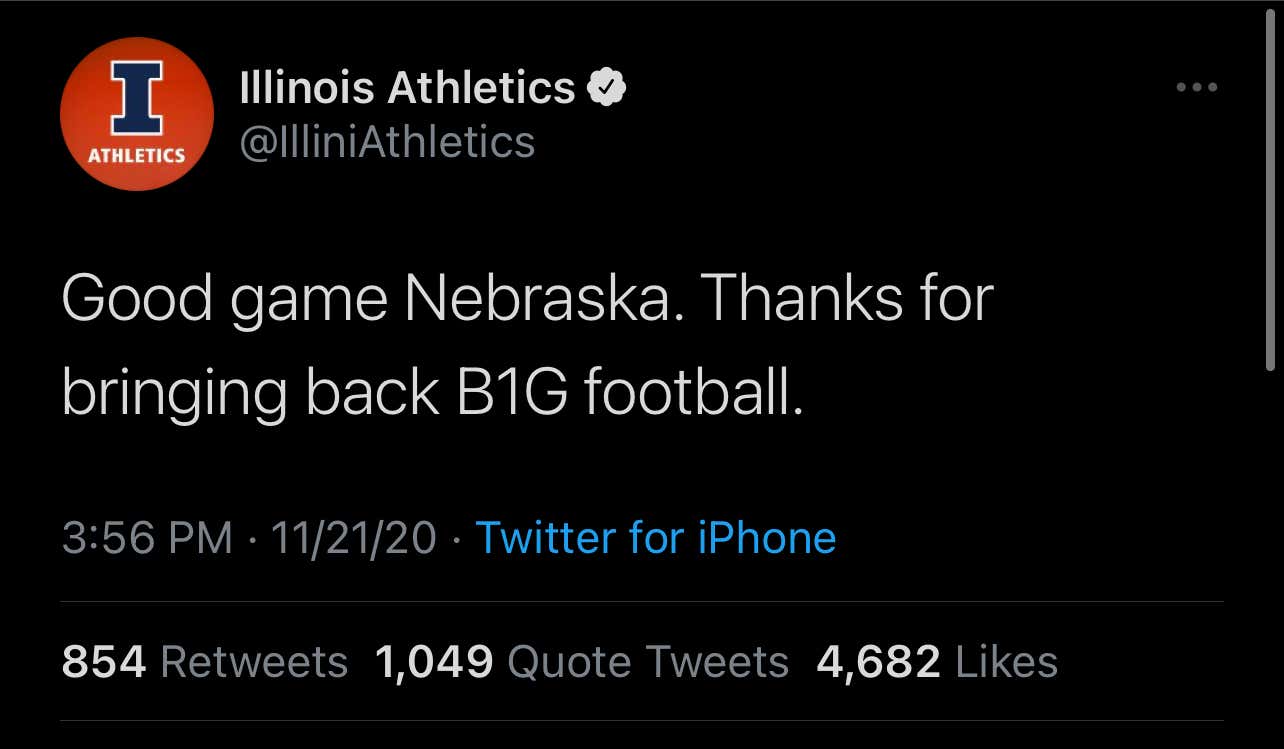 Damn. After going on the road as a 16.5-point underdog and smacking Nebraska all over the field to the tune of a 41-23 win, an Illinois social media manager decided to rub a little salt in the Huskers' wounds.

Nebraska — along with Ohio State — was the loudest voice from the time the Big Ten originally canceled its fall football season to let the kids play, even looking to potentially join another conference for the 2020 season to be able to play. And all that just to get thrashed at home by Illinois. You hate to see it.

Shut the hell up. Nebraska sucks and we have Twitter to let people know they suck.