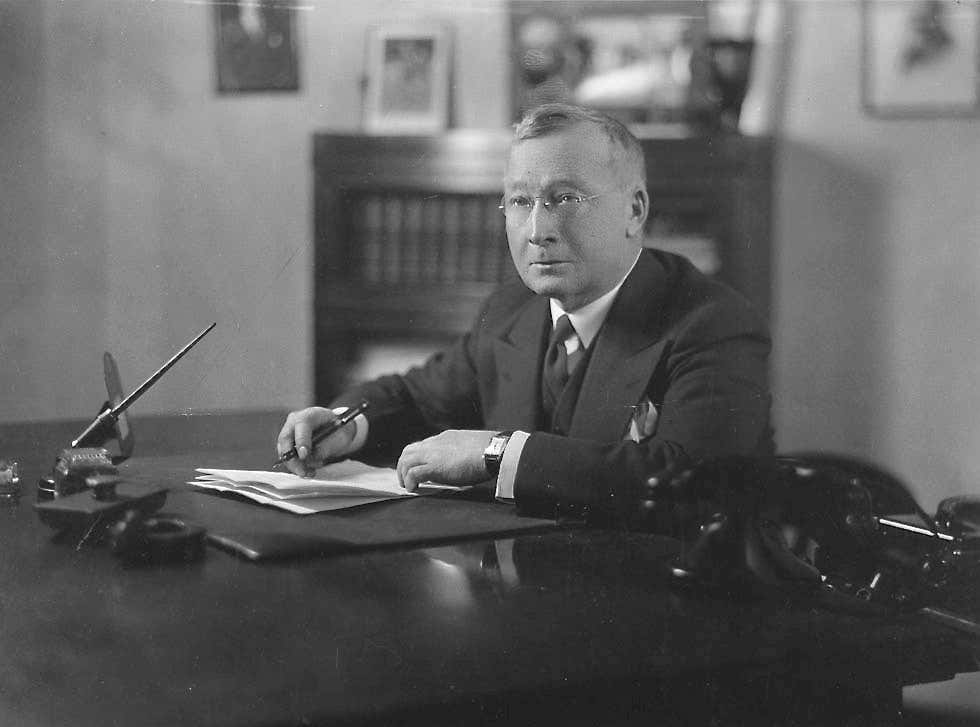 The NHL Board of Governors led by league President Frank Calder voted to end overtime. At the time, games tied at the end of regulation would result in a ten-minute overtime period that was not sudden death. The season that began on Halloween already had games that went into overtime. On November 10th, the last was with the New York Rangers beating the Chicago Black Hawks 5-3 at Madison Square Garden. The reasoning behind the change is wartime travel restrictions. Overtime does not return to the regular season until 1983.

In the NHL infancy, overtime periods in the regular season were just as they were in the playoffs; games were played until there was a winner. In 1921, NHL overtimes were limited to 20 minutes. For the first time, there were ties. Six years later, the NHL reduced overtime to ten minutes. A year later, they revised overtime to be ten minutes with no sudden-death provision.

When the 1942/43 season began, the NHL, which once had ten teams, was reduced to six teams after the Brooklyn Americans ceased operations. World War II was underway, and a loss of manpower began to affect. One month into the season, the league met to eliminate overtime. The decision was made due to nighttime travel restrictions that were in place during the war.

Overtime would not return during the regular season for 41 years. In 1983, the NHL adopted five-minute sudden-death overtime. The first two games to go into overtime on opening night ended in a tie as the Minnesota North Stars and Los Angeles Kings ended deadlocked 3-3, while the Detroit Red Wings and Winnipeg Jets finished tied 6-6. The first game decided in overtime was a 9-8 win by the New York Islanders on a goal by Bob Bourne.

Teams losing in overtime did not get a point until 1999 when the overtime loss was created. That year overtime in the regular season would feature teams skating four-on-four. Following the lost lockout season, the NHL eliminated ties by having a shootout follow overtime games that remained tied. Ten years later, the NHL made overtime three-on-three.