Zelina Vega, whose real name is Thea Megan Trinidad, was shockingly dumped by WWE for breach of contract after failing to comply with the organization’s new ban on supplemental income streams from third-party sites for their talent.

Justin Barrasso of Sports Illustrated confirmed that Vega is the first casualty of the policy instituted by CEO Vince McMahon in the fall. 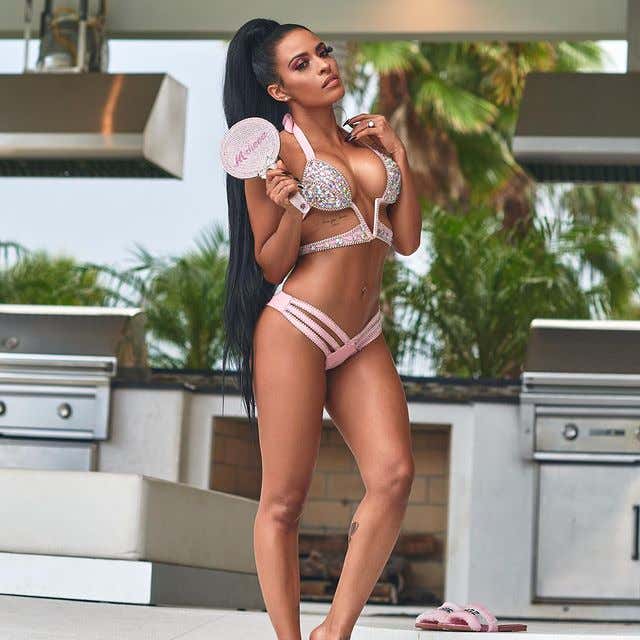 The last time I watched wrestling the star female wrestler was Sable, and she was fresh off the superkick to Goldust + Sable Bomb to Luna Vachon one-two combo that got her a dub at Wrestlemania. That's how I choose to remember her at least, at that moment right there, before Marvelous Marc "Toxic Masculinity" Mero became a major problem and Sable kept taking L's because of that slimy fuck distracting her and bein all toxic.  That was a low time to be sure. Little did we know, how much lower it could go. Because none of that is even in the same stratosphere as what the Boss did to her on Raw the night after the bikini contest on Fully Loaded. Of course you already know what I'm talking about. An all-time screwjob, literally all time as in, never has there been a bigger screwjob, a crime against not just fans of the sport, but humanity in general: Vince DQ'ing Sable for a RULES technicality and STRIPPING her of whatever it was she won, and her honor. A technicality. Of all things, some bylaw in some subsection of the rulebook saying "paint hands on tits" doesn't qualify as a "bikini" meant Sable could never call herself the winner of a contest she rightfully won. 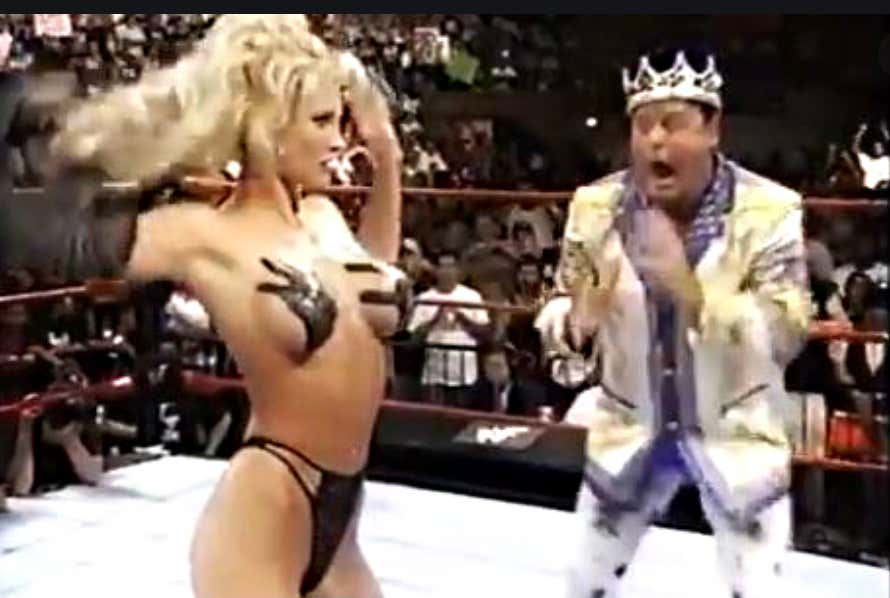 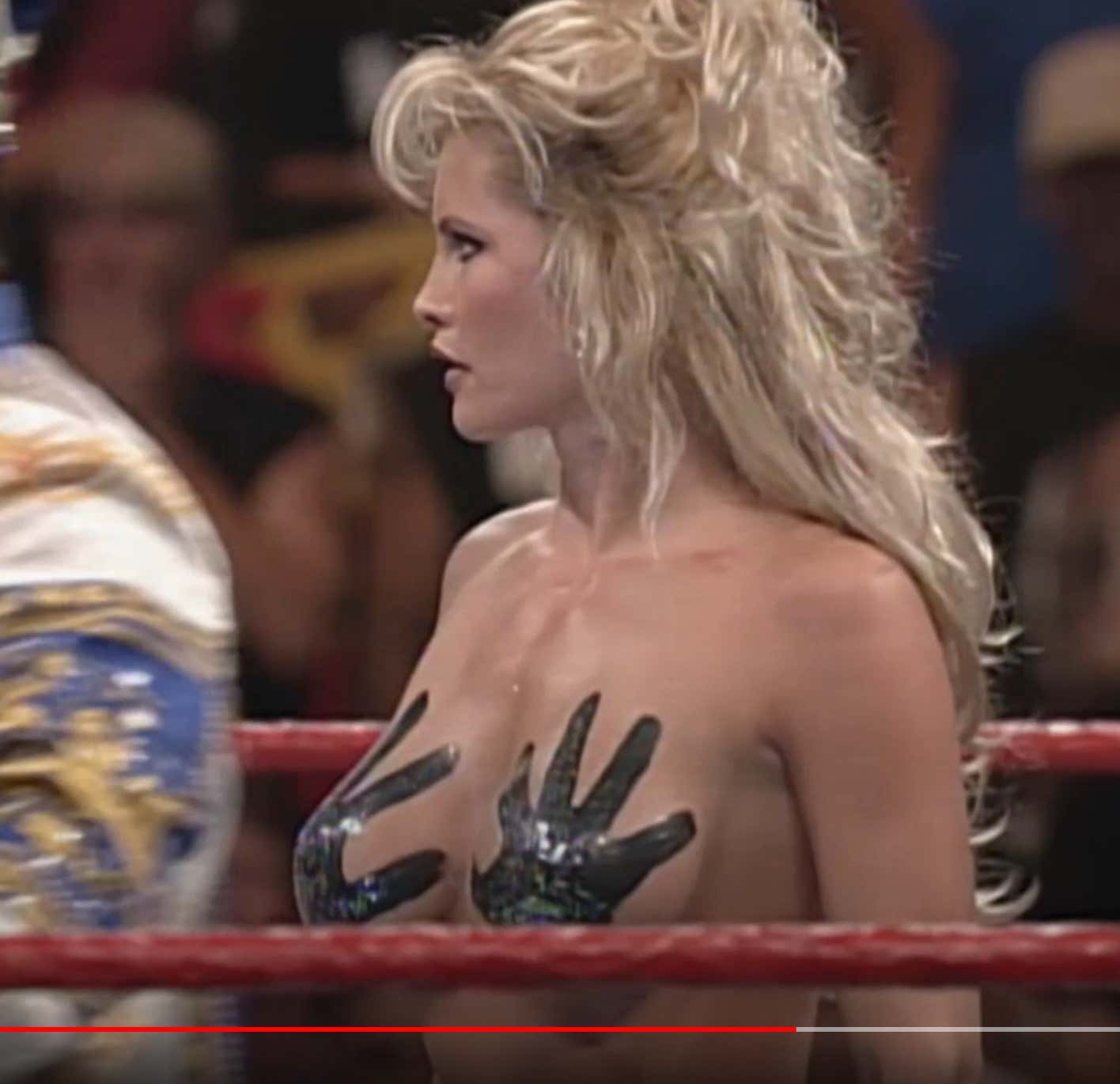 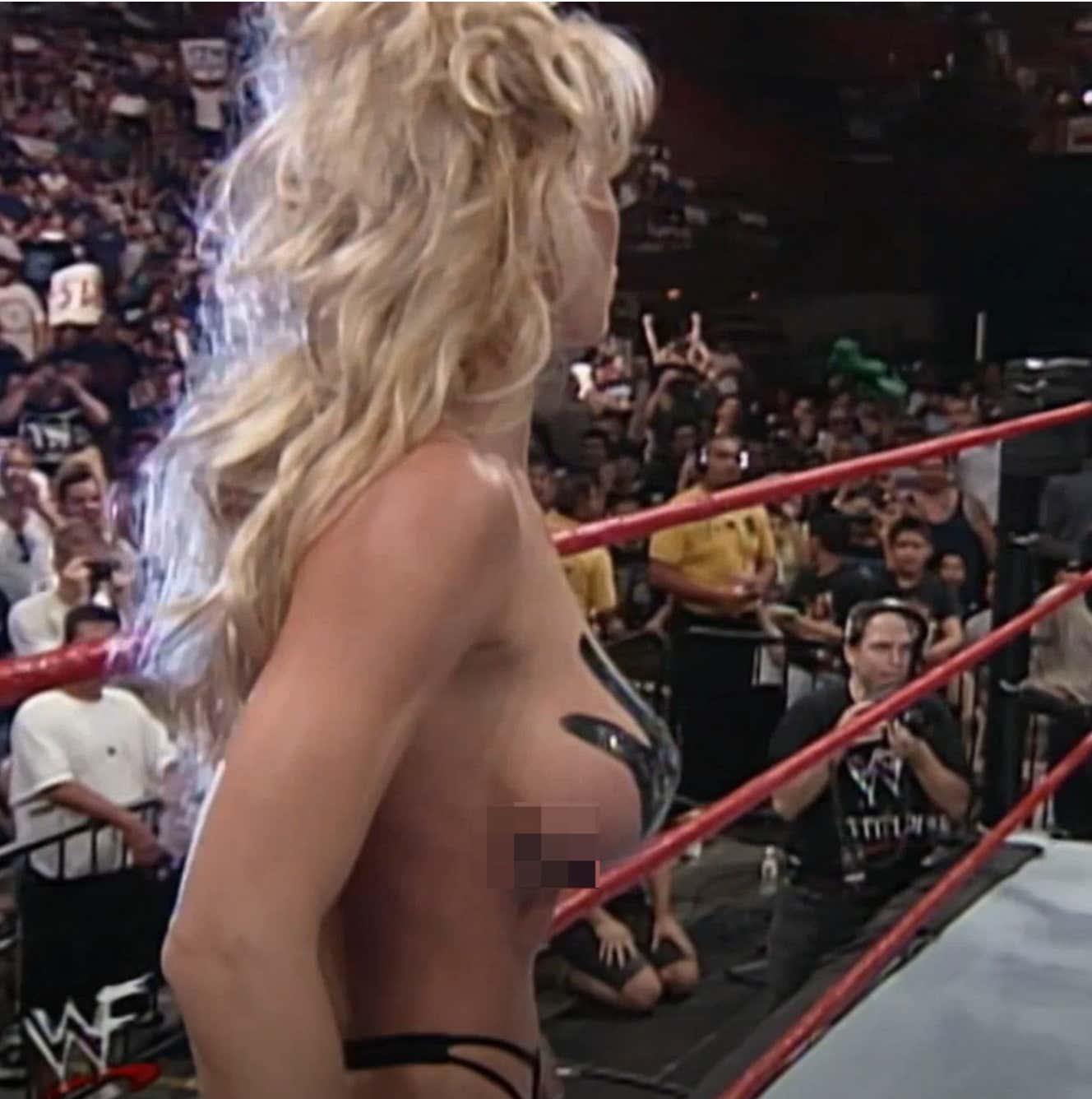 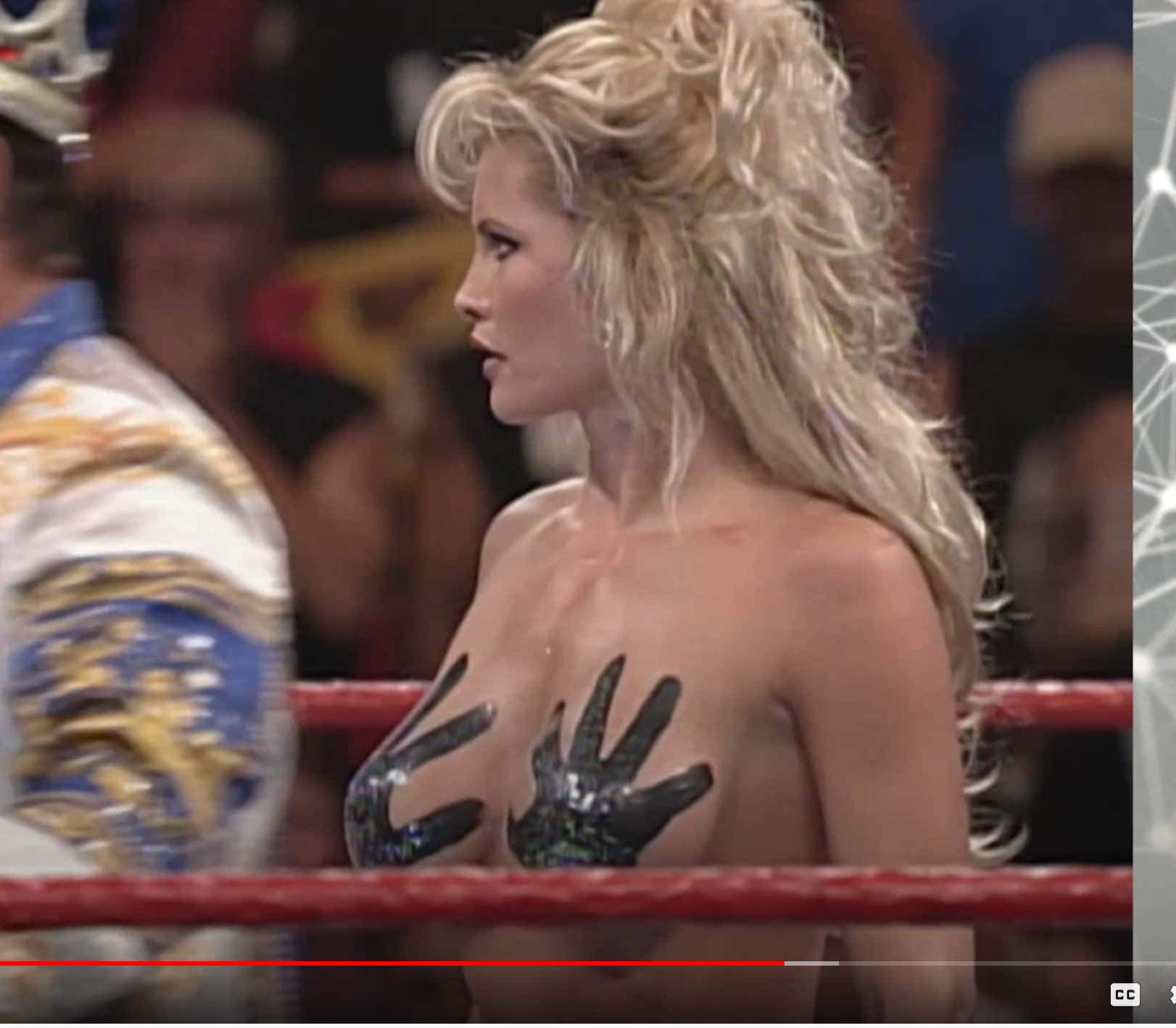 Awesome. Talk about the good old days.  Also how was I allowed to watch this?

Anyway that's all I came here to talk about. Like I said, I haven't watched wrestling since all this, so I don't know much about the current state of affairs in the ring — but if you do by all means talk about this Zelina chick and her cute little innocent cosplay OnlyFans account amongst yourselves.  All I know is you'd never catch the Queen dressing up as a video game character for chump change in her prime. She had her sights set a little higher. 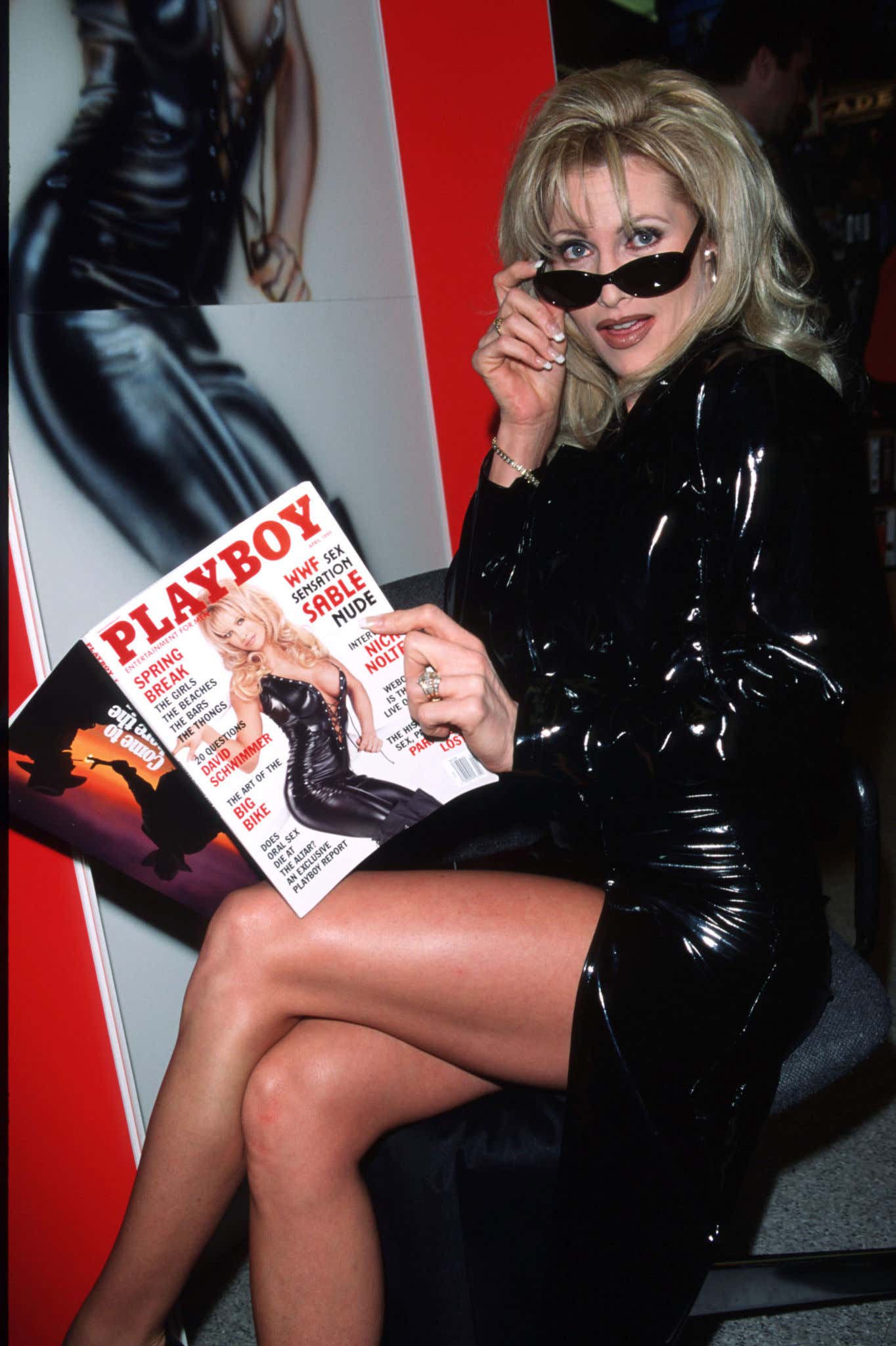 "Outside wrestling, she is considered to be a sex symbol and has been featured on the cover of Playboy three times. The April 1999 issue of the magazine with her on the cover was one of the highest selling issues in Playboy history"