Writer's Note: I'm Carl's intern who went 57% ATS on nearly 250 documented NFL plays over 3 years on an independent blog before hopping onto Barstool, and I'm holding to that mark this season.

After a solid run of winners, I went 0-2 last week. I was only one point away from preventing a losing week, but that doesn't matter. I lost, and you deserve better.

Really, it's on me for giving out betting advice while goosed up on pain killers post-surgery. I really should've read the warnings first. 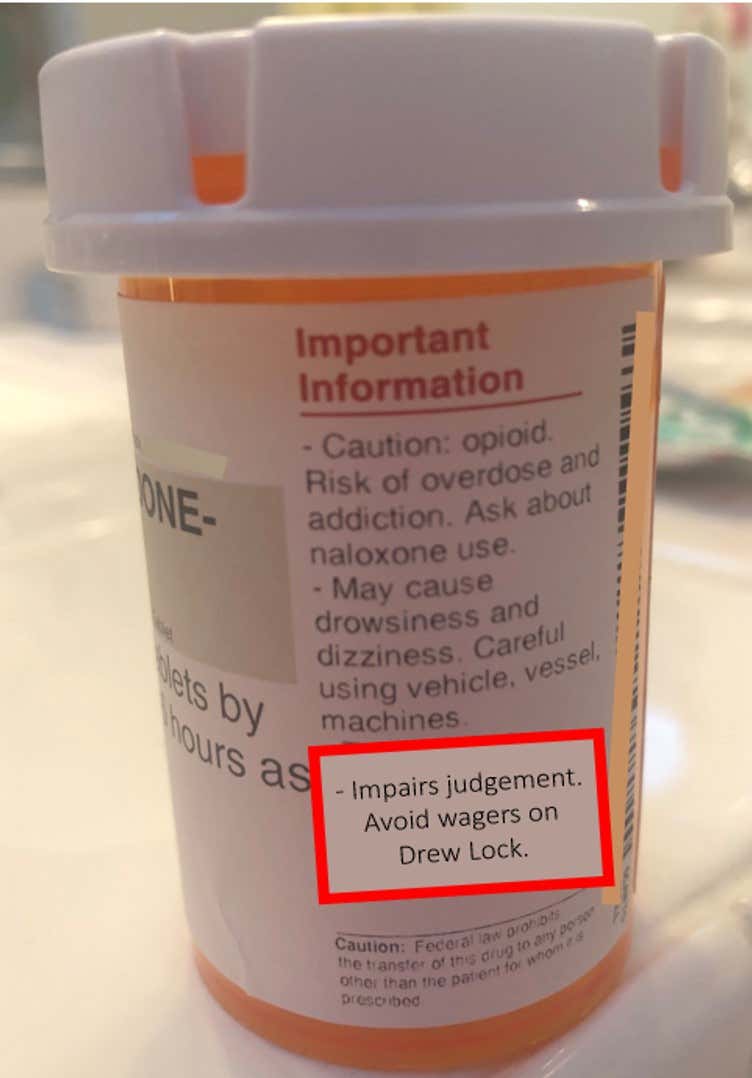 I've sobered up (kinda), and I'm ready to get back on track.

80% of the public action earlier this week was falling on the Browns, pretty simply because of the disparity in team records and the recency bias of seeing the Eagles lose by double-digits to the 3-7 Giants last week. At first glance, Cleveland feels like the obvious choice, but all deep-digging reveals Philly to be the side here.

The Browns are a mediocre team. In DVOA, they rank 17th in offense, 18th in defense, and 28th in special teams. They can undoubtedly pound the rock under Stefanski's scheme with a very talented backfield, but that's where their strengths end. Cleveland is coming off of consecutive close/low-scoring games, but that is due entirely to apocalyptic weather conditions that favored Cleveland's run-first offense and assisted their below-average defense.

Even with two recent games' worth of insane weather, the Browns D still ranks poorly across most relevant metrics, and this has come against a bottom-5 slate of opposing offenses this season. Their one bright spot is DE Myles Garrett, who is the league-leader in sacks (9.5) and has been a top-3 favorite for Defensive Player of the Year over the past month, but he's out this week due to COVID. We may see some rain in Cleveland, but winds will be under control, so mother nature ain't saving the Browns today.

The Eagles D isn't great against the pass, but they're good enough against the run to put this game in Baker Mayfield's hands. Considering that Philadelphia's pass rush is 6th in pressure rate and Baker is nearly the worst QB in the league under pressure, this is a good thing for Philly.

As the game falls on Baker without Odell at his disposal, the QB will have to turn to Jarvis Landry, who fancies himself as a WR1 but is definitively not. Landry doesn't have any touchdown catches this year, but he has been penalized for celebrating first down catches as if they were touchdowns, so that's cool. With Landry covered by Darius Slay today, Baker's options will be limited.

As you would imagine, my only concern with betting the Eagles is Carson Wentz. I generally fade his style of play because it feels like he strives to be impressive instead of good. If he doesn't have the humility to take what is there for easy gains or throw it away to fight another down, I don't give a fuck about him narrowly escaping pressure, barely threading tight windows, and recklessly diving for first downs. For every impressive play, there's a catastrophic play. If he just focused on being "good," the need for "impressive" play would be much less.

With that said, the Eagles offense is the healthiest it has been all year, so Wentz can lean on his weapons and cut the superhero shit. Cleveland bleeds yards to pass-catchers out of the backfield, so Wentz will be able to dump off easy ones to Miles Sanders for gashers all afternoon.

Look for a rejuvenated Philly offense to expose the Browns D, and look for Baker Mayfield to turtle from pressure and get Cleveland fans asking for Case Keenum.

People have really enjoyed shitting on 38-year old Philip Rivers this year, but he'll likely be quarterbacking in the NFL playoffs while you watch with your pud in you hand. The dude put in 16 seasons with the Chargers, switched to the Colts with no preseason, and has since been battling to gain traction through a carousel of injuries to his skill position players this year. That shit ain't easy, but he's got his team at 6-3 with greater opportunity for health, continuity, and budding talent ahead of him.

The only two times this year that the Colts scored less than 20 was against excellent defenses (Bears and Ravens). The Green Bay D is average, and they particularly struggle defending the middle of the field, which is Philip Rivers' shit. RBs and TEs on short-to-intermediate routes over the middle all day. If that isn't enough, the Colts finally have a replenished set of WRs to work the outsides, including stud-in-the-making Michael Pittman Jr. The Colts offense has been average this year, but the pieces have fallen into place for them to perform at a top-10 level to close out the season. Especially giving Frank Reich a few extra days to prepare, Indy's offense will cook today.

With a bloodbath to the Bucs a month ago and a couple less-than-impressive offensive performances in Lambeau weather over the past few weeks (22 against the Vikings and 24 against the Jags), all talk of the Rodgers "fuck you" tour has subsided. In a dome this week against a relatively-untested Indianapolis defense, the conditions are primed for Rodgers to remind us that the tour is in full effect.

Last year, I was on board with the 13-3 Packers being overvalued (gave out the Niners in the NFC championship game), but I really think we're looking at a different Aaron Rodgers this year. He's no longer resting on reputation; he's building on it. He leads the league in passer rating despite having only one legitimate receiver, and call me crazy but I think it comes from his improved mental health. If you've listened to any of his interviews this year, it's very clear he has gotten therapy and is completely at peace with being himself. As a big-time therapy guy, I love to see it. This freedom is translating into a level of play that we haven't seen from him in years. It's almost as if he has less to worry about in his personal life.

And hey, maybe I'm dead wrong about all that shit, so we'll just focus on him getting Allen Lazard back and ballin' out to hit this Over.

The Raiders embarrassed me for picking against them last week, but I'm going right back to it. Can't let a lil' blowout of the Broncos scare ya; that'll happen with a 5-0 turnover differential.

When the Raiders dealt the Chiefs their only loss of the season in Week 5, Vegas came with a solid offensive game plan as always (ran the ball, chewed clock, and hit bombs over the top), but it was the Raiders D that made the halftime adjustments to seal the victory. They got aggressive with blitzes and the Chiefs weren't ready for it.

But here's the thing: that was the Raiders' best shot, and it's all on tape. The elite KC coaching staff (both offense and defense) is coming off of a bye and they've dissected Vegas to death. They not only know what Vegas will do to open tonight's game, but they also know the adjustments they will make.

It's Super Bowl or bust for the Chiefs this year. They're at a level of using regular season games as a testing ground for identifying different ways to win games. In order to be prepared for a wide range of opponents and game scripts in the playoffs, KC has been working throughout the regular season to develop various strengths (not just "chuck it all over the yard") in their arsenal. In Week 5, the Chiefs were feeling the Raiders out while the Raiders were throwing the kitchen sink.

Looking to avenge their only loss and stay in contention for the first round bye, this isn't a "feel it out" situation. This is a "lay your dick on the table" situation. Thud.

The Chiefs will come out guns blazing to take an early lead and stack the box defensively to force the Raiders out of their run-heavy script and play into the teeth of the top-10 Chiefs pass D. The KC offense should have no problem getting to 30 against the soft Vegas D, but it's Steve Spagnuolo and the KC D that will be showing championship DNA in silencing the Raiders offense. This is Kansas City's night.

Best of luck out there, and have a great Sunday!