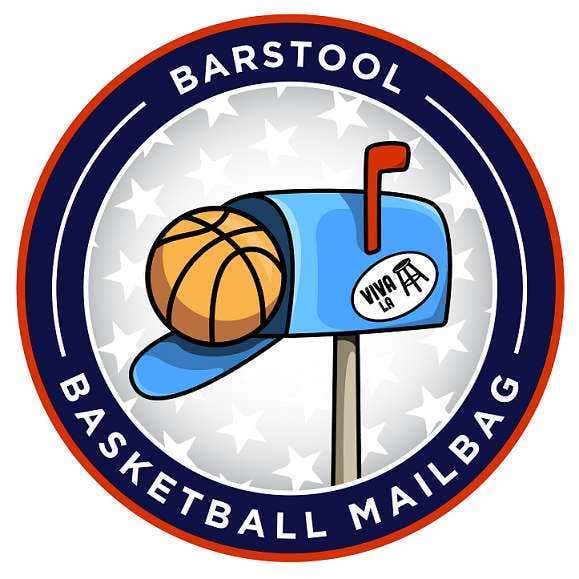 We're just a few days away from the start of the college hoops season. So with that we'll bring back the weekly mailbag every Friday that you can find on my podcast the blog. We'll cover everything from blue bloods, mid-majors, hypotheticals, NBA Draft, basically whatever specific hoops question you have each week. You can submit your questions via Twitter.

That's right we're starting with mid-majors. My 5 favorite in no particular order: Vermont (always good, John Becker is a friend of mine and one of the best dudes in the entire sport), Furman (hell of a coach), WKU (Stansbury gets big recruits and it's Stansbury), Murray State (even before Ja they always have at least one electric guard) and UAB (Andy Kennedy might be the funniest coach in America).

Uhh Chris Mack has been at Louisville for 2 seasons. Who does Louisville think they are? They really think they are going to get a better coach than Mack? Go ahead and name one person they'd get better than Mack. He's recruiting well. He's winning games. The standard rule is you give coaches 4 seasons for recruiting cycles. Louisville fans thinking Chris Mack is on the hot seat at all is hilarious.

How exactly is UC being overlooked? If anything they get overvalued on metrics vs how good they actually are consistently. They aren't better than Houston or Memphis this season, so anything above 3rd in preseason rankings in the AAC is overvaluing them. They are in the same tier as SMU and maybe Wichita State, so if they are 3-5 in AAC rankings it's not that they are overlooked, it's that UC fans want more. I like Keith Williams a lot. Chris Vogt has been a pleasant surprise and they are bringing in two transfers I like, but remember one is an up transfer from Colgate. How many times do we see an up transfer have the same sort of success? It's rare.

I gave them out in my futures blog before McClung was eligible and yeah I like them even more. Jump all over that. They are a preseason top-10 for me and have one of the best coaches in America in Chris Beard. They have the depth. They are bringing in guys that can defend. They bring in McClung who can obviously score the ball and is a ball handler. At 30/1 is a no-brainer for me.

It is Illinois. I have Illinois at 5 coming into the year and that's mostly because of Ayo and Kofi Cockburn. But along with that it's the fact Brad Underwood completely changed the way he plays defense. He used to jump and blitz everything. That wasn't working in the Big 10, so he started playing a regular halfcourt defense and not blitzing lanes as much. Fran McCaffrey may want to take notes as to how to adjust coaching defensively if people want Iowa as my pick here. Wisconsin would be second for me too as they return everyone but I just like Illinois roster more.

It is pretty fluky and weird how this stat is out there and same with the Big 10 since 2000 and Michigan State. No Maryland doesn't count. It will be different this year because Gonzaga is the best team in the country. I do believe that coming into the season as they are in tier 1 with Nova and Baylor. Hell, Gonzaga almost ended it before but a Nigel Williams-Goss ankle injury and shitty officiating cost them against UNC. It's also the NCAA Tournament. Results minimally make sense with the one game scenario. There are upsets and it's all matchup based. I actually think Gonzaga matches up with anyone in the country with the depth and ability to run and shoot while also playing a halfcourt offense.

In two words. Fuck no. I get that people wanted Terry, but something tells me Rose has more up his sleeve. I trust Leon Rose. Not to mention Quickley has ties with Kenny Payne there so you have to take that into consideration. If KP didn't believe in Quickely they don't take him at 25. You add one of the best shooters in the country, a secondary ball handler and a good on ball defender. Give me that all the time.

It sounds crazy to say since Maryland was one of roughly 8 teams to win the Big 10 regular season last year, but I don't think so. I don't think they are better than Illinois, Wisconsin, Iowa, Michigan, Michigan State, Purdue, Indiana, Ohio State or Rutgers. They are in the same tier as Penn State and Minnesota. I'd say I like Minnesota's roster more than Maryland to start the year, so best case scenario for me is finishing 10th. Now this year that might not matter and they'll still be a Tournament team. But what is there to love about the roster? You lose the two most valuable players in Jalen Smith and Anthony Cowan. I don't trust Aaron Wiggins or Eric Ayala to turn into some sort of go-to guy, which means Maryland doesn't have one this year. Plus, everyone knows my thoughts on Turg.