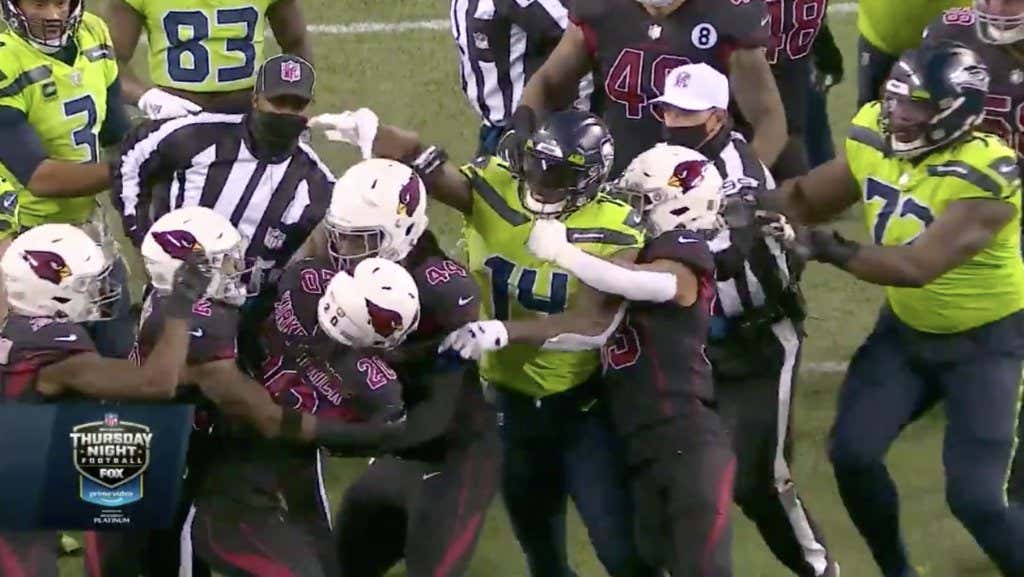 Week after week after week after week, DK Metcalf makes an incredible play which then results in several hundred thousand Philadelphia Eagles fans collectively losing their minds that Howie Roseman chose to draft JJ Arcega-Whiteside over that specimen. Heck, it doesn't even have to be an incredible play to set off the unrelenting feeling of "what the fuck was Howie thinking" from Birds fans across the nation. It could be something as simple as making a catch for positive yardage, something which Arcega-Whiteside has done just twice so far this season.

But after witnessing the tomfoolery that occured during last night's matchup between the Seahawks and Cardinals, I'm beginning to think Howie was right. I mean how can you possibly justify drafting this guy after what we witnessed here?

Jawing with an opponent and attempting to throw a slap or two? 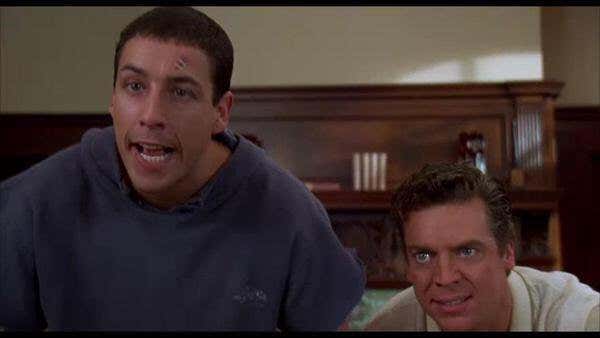 Kick him off the tour!

We can't be having that in our game. Just think about all the kids who were watching Thursday Night Football last night. How am I supposed to have a conversation with my neighbor's 8-year-old nephew's best friend about what transpired here? These kids idolize DK Metcalf and they look up to him as a role model. Is this really the lessen we want to be teaching to little Tommy and Tammy watching at home? That it's okay to almost hit someone over a game? No no no, I don't think so. I don't think so at all.

Luckily Howie Roseman was able to see this coming a mile away. He cares about the youth of Philadelphia. He knows they shouldn't be subjected to that type of behavior. So instead, he chose to draft a guy who literally nobody ever sees during games. I mean the man is full blown M.I.A. every Sunday. Tough for JJ Arcega-Whiteside to set a poor example for the kids when he's on the sideline the whole time.

So thank you, Howie Roseman. Attempted violence has no place in this game, and I'll take a GM with strong morals over a functioning brain any day of the week. Besides on Sundays.