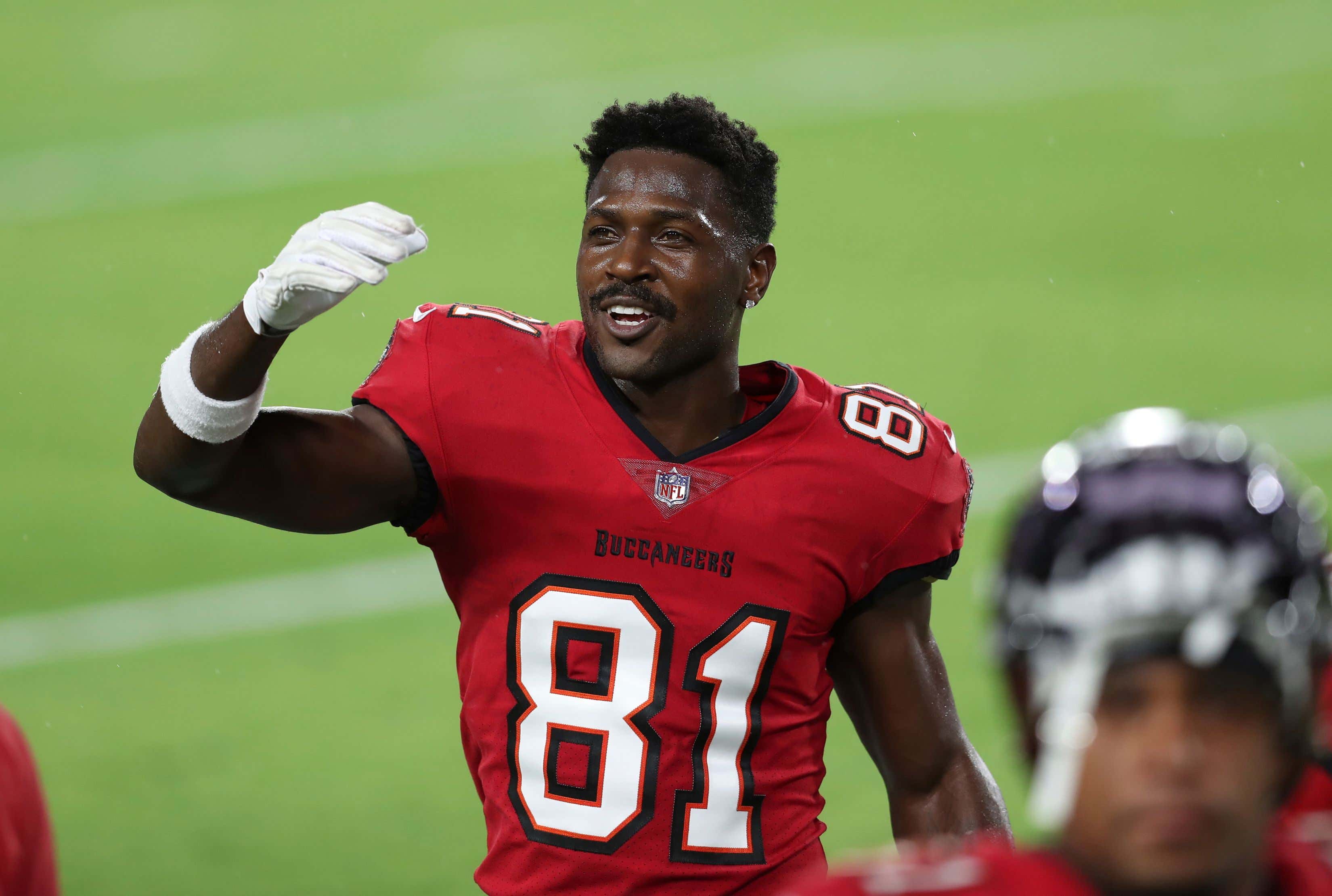 Bucs Nation - It was quickly known the Buccaneers organization was already aware of the damage caused by wide receiver Antonio Brown before signing him. Damage on many levels, and most recently just last month where he damaged security equipment in his gated community down in Hollywood, Florida.

While Tampa Bay released a statement regarding the matter, the NFL seems to be wanting to investigate the situation further.

Regardless, head coach Bruce Arians feels Brown will be fine moving forward under his watch. Speaking on Sirius XM Radio with Tom Pelissero and Bill Polian, Arians expressed no concerns with his veteran receiver.

“We knew of the incident. He’s been a model citizen,” Arians said. “If and when he’s not, we’ll move on. He knows that. Our team knows that. I don’t really think we’re going to have any problems. We haven’t had any so far and I really would not anticipate any.”

Antonio Brown has played two games for Tampa. Which  means we are now at roughly D-Day plus three weeks from the day they first put him on the active roster. And I must say, for the Buccaneers to already be at this stage so soon is impressive.

The Phases of Employing Antonio Brown Go Like This:

For the Bucs to already be so far along in the process takes a lot of heavy lifting. But then again, Bruce Arians coached Brown in Pittsburgh, so he's got as much experience with this as almost any head coach in the league. Save for Mike Tomlin, who's a PhD in the field.

I mean, when you think about it, Jon Gruden never got past Phase 3, and he had Brown for an entire offseason and as much of Raiders training camp as Brown lasted with his frostbitten feet and going on strike over his helmet. Bill Belichick never even got that far, as ownership said "Enough of this bullshit" and jettisoned the pod. Basically making good on the promise of Phase 2.

I have no such confidence Arians will do the same. Brown clearly and obviously paid off the head of the Homeowner's Association where he was tossing his bike around vandalizing property, to the point she's doing PR work for him. And since the last team that told Tom Brady that he couldn't keep Brown because he doesn't play nice with others lost him for good, Arians is not about to take on that power struggle.

So we'll be at this stage of the game until AB's next incident, which will come soon enough. He's not going to chance who he is at the age of 32. And if we've learned anything over his career, the better he plays, the more empowered he gets, and the more he acts up. "Yeah, 'Ooh. Aah.' That's how it always starts" But then …