Not sure what the return policy on 100 foot coniferous trees is, but DeBlasio and crew, or whoever is in charge of ordering these, better make a claim. Because this is a shaft job.

Of all years we the people need a semblance of hope, of optimism and light at the end of the tunnel, it is 2020.

The Christmas season, in years past, has been a celebration of giving, and appreciating who and what we have. But this year it's more of a first and goal from the one-yard line situation. We'll have almost made it to the end of a year I think everybody would rather just forget ever happened.

And The Christmas Tree at Rockefeller Center being lit, and shown every night in December leading up to Christmas on the news is a staple in ringing in the season. It’s arguably THE epitome of all Christmas Trees and what they symbolize.

Now when they show this Charlie Brown looking thing-

it'll be just another reminder of what a dumpster fire this entire year has been. Because even Linus isn't saving this thing.

Maybe it's fitting I guess, as we limp to the finish line?

p.s.- Chicagoans- don't underestimate Lightfoot's quest to outdo DeBlasio on every fucked up thing he does. To do something even worse. It’s like some sick and twisted competition they have to see who can be worse. Seeing this tree, she probably just ordered her underlings to dig up something that looks like this to stand in Centennial Park. 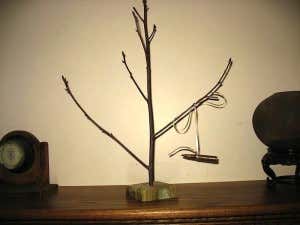