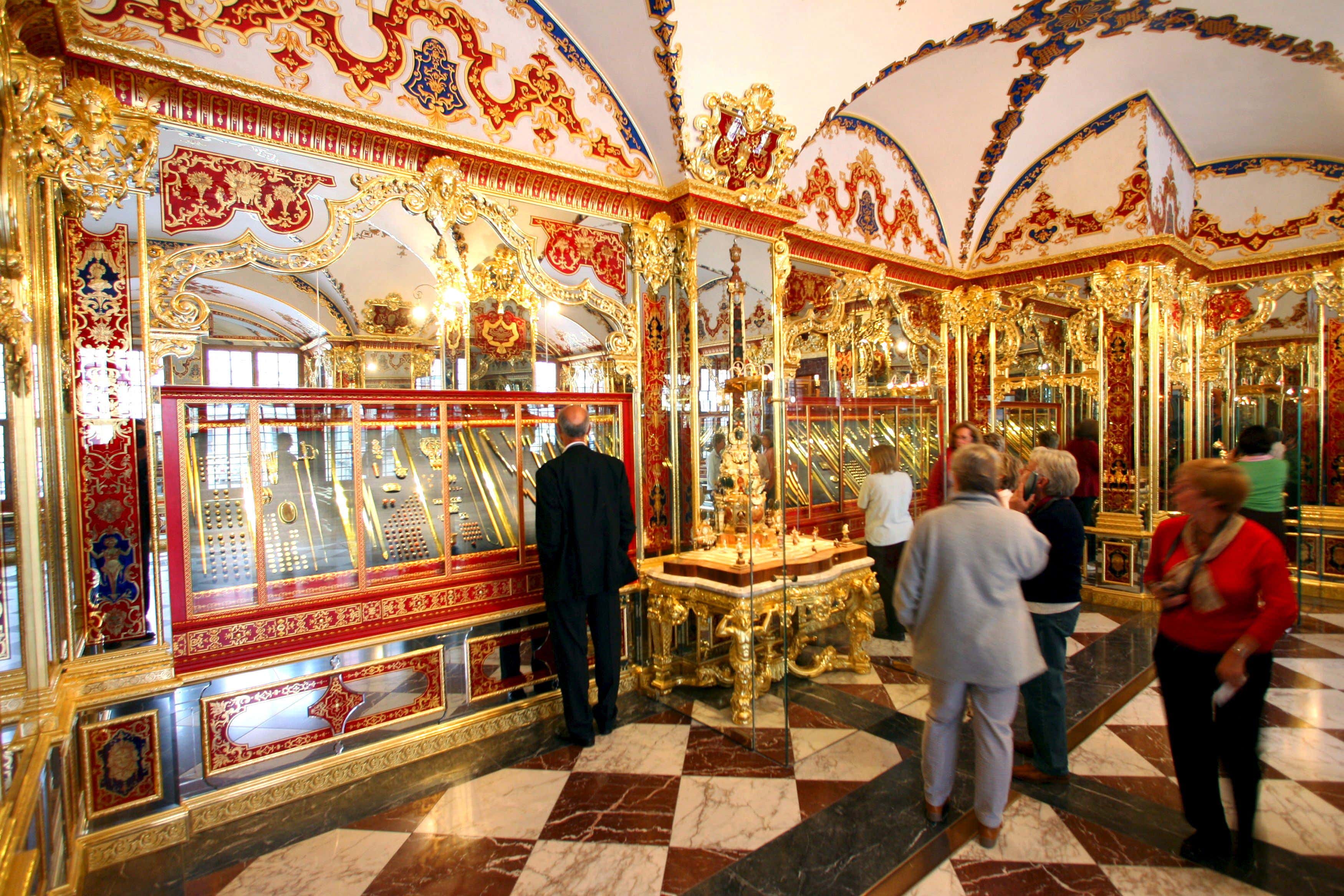 Three members of a crime syndicate were arrested for the museum heist of nearly $2.8 billion in 18th-century jewels following a sweeping raid in Germany on Tuesday, but two of their accessories — and the cache of missing gems — remain in the wind. A team of some 1,600 cops from federal special police forces and local agencies hit 18 locations in the sweep, focusing on Berlin’s Neukolln district and 10 apartments, garages and vehicles.

They collared three German citizens in connection with the dramatic Dresden museum robbery from November 2019 — but failed to find two 21-year-old members of an organized crime family named as suspects.

I don't know about you guys, but whenever I hear the two words "crime syndicate" my ears perk up. Crime syndicate automatically makes me think of the last two Mission Impossible movies. This motherfucker Solomon Lane has to be involved somehow.

Real quick if for some reason you haven't seen those movies you need to drop anything and everything you're doing and go watch.

Now back to the real life syndicate, this group of thieves in their 20s got together and formulated a plot to rob a museum. What'd they steal, a couple million dollar paintings? Nah try 1.2 BILLION DOLLARS in jewels. They called it the biggest heist since WWII. So much for being subtle. Cops responded to the alarms going off in 5 minutes, but they were long gone when they arrived to the scene.

Bild said the robbers first drove off in an Audi, which was then abandoned and torched — switching to a Mercedes that had been painted to look like a taxi.

It took German police a full year to arrest just a few of these guys. How many cops did it take? 1600! Sixteen hundred police officers for checks notes THREE (3) criminals. That is fucking awesome. Something outta Dark Knight Rises when everyone who had ever tried out for the police force was asked to try and take down Batman.

Somehow 1,600 officers weren't enough to round up everyone, as two accessories to the crime are still at large along with all of the jewels they stole. I feel like there's a negative percent chance they get back a single thing they stole considering it's been a whole year since the robbery. You snooze you lose. That stuff was sold on the black market in December and all the money was washed. You're not tracing that back to anyone unless these guys really wanna die and give up names.

Now here's my whole thing on museums. If you have billions of dollars worth of stuff why take the risk and showcase it for any 23 year old in the world to steal. You have to make duplicates of everything. Don't put a single real thing on display. No one is going to notice, so why take the risk? Maybe even go the hologram rout like in Oceans 12. If you're gonna go ahead and put it in on display you absolutely need to insure the hell out of that shit. This German museum did neither and they're now completely out of luck. Over a billion down the drain because security wasn't something they thought was worth investing in. What a bunch of snobby idiots thinking no one would ever rob them. I'm team syndicate here.