If I've said it once I've said it a thousand times: there is no one, and I mean NO ONE, that wins better than Baker Mayfield. It's been that way since he was grabbing his crotch in college because he knew he was about to hang 100 on Kansas, and it certainly doesn't change now that his team scored TEN (10!!!!) points on the 2-7 Houston Texans. No one beats up on the bad teams like Baker Mayfield does. And then when he wins, he lets you know loud and clear in his colorful postgame pressers. Why not just say Myles Garrett played well and kept quiet? Why do you ALWAYS have to catch headlines after beating the bad teams? Exhibit B:

Haha, wow Baker. Lol. You're so funny off the cuff! It happens after every win. Well, unless we play the Steelers or Ravens, then we get out our notebook after the game and start writing down the names of reporters that question how he played.

All I'm saying is that maybe we could pump the brakes with the headline grabbing quotes after 10-7 victories against the two win Texans. And listen, I'm sure I'm coming off as a Baker hater right now, but the way this dude wins paired with how he loses just irks me. The cockiest winner of all time and the sorest loser of all time. Quite the mix.

Please refer to the chart to see how he's going to play against the Eagles next week: 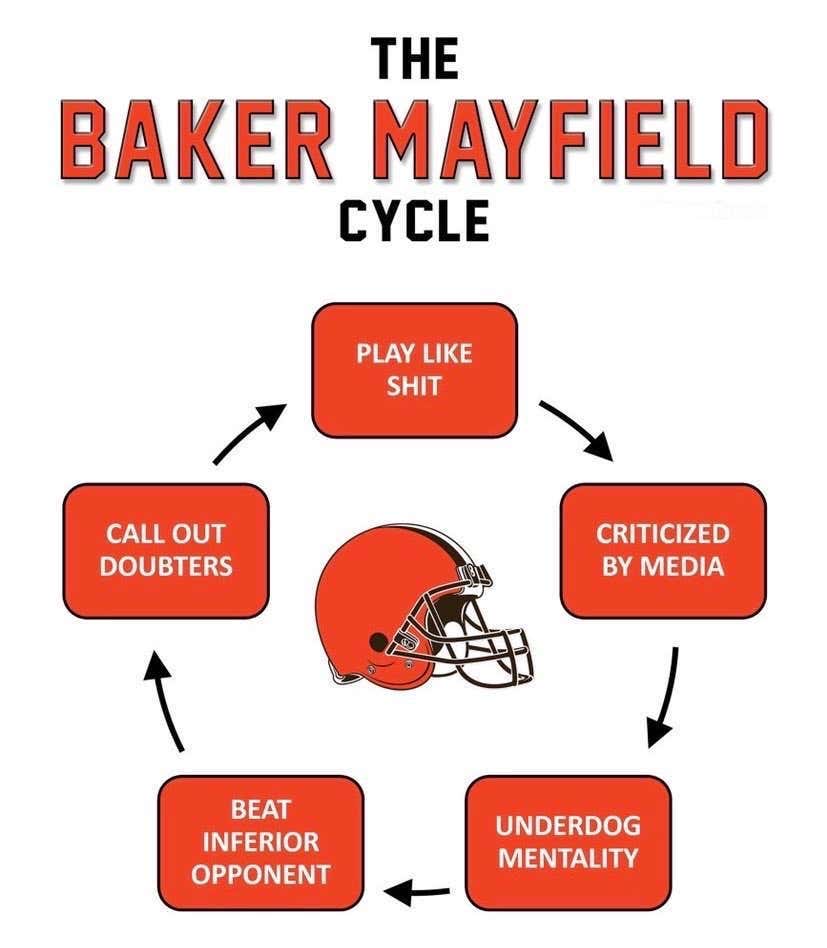