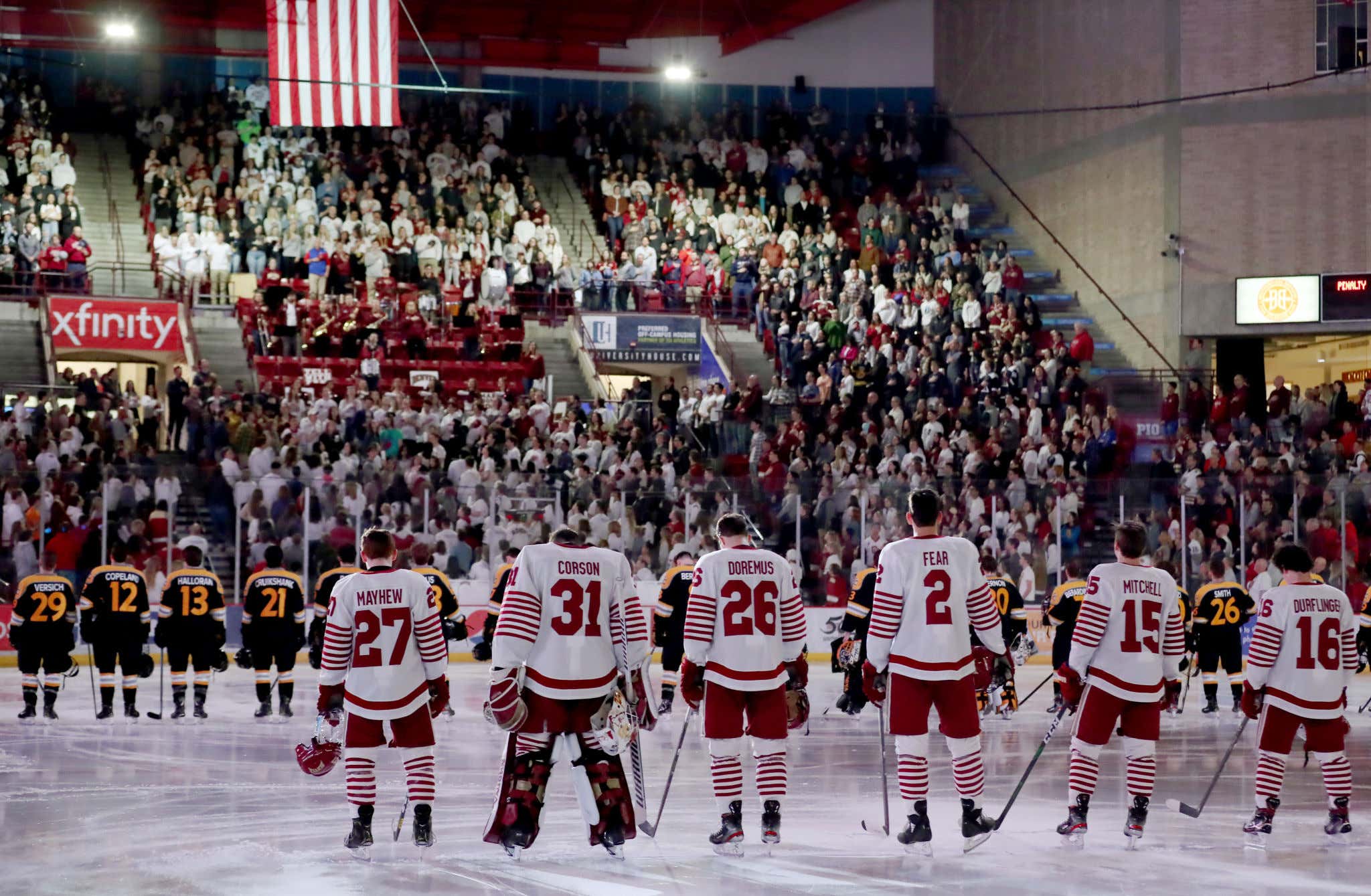 The Spittin’ Chiclets College Hockey Rankings have returned with NCAA hockey dropping the puck on it’s 2020-2021 season starting tonight. With no professional hockey happening right now and no return date in sight, college hockey will be giving hockey fans the much needed hockey watching fix as we head into the winter. NCAA hockey has never really had the opportunity to shine like this. During the NHL lockouts, the AHL was still playing, so it still wasn’t the main focus of American hockey. So this is a huge opportunity to grow the game.

The big takeaway from the return to play is that they are NOT going to make any stupid changes to the game like the OHL is considering. Imagine playing major junior hockey without contact? What a joke. Couldn’t be the NCAA. Also, the fact players like Alex Newhook of Boston College (2019, 1st RD, COL) will get to be on your TV and blasted across social on Friday and Saturday nights will be huge for the game.

Regarding the rankings, I think it’s a no brainer the Fighting Sioux are the #1 team in the country. The team had only 5 losses in the shortened season last year. Jordan Kawaguchi, who lead the team in scoring, is returning alongside his two lineys Grant Mismash (unreal name) and Collin Adams. Lets not forget they also have Ryan Whitney 2.0 coming in next season in Jake Sanderson. Sanderson was taken 5th overall by the Ottawa Senators in the 2020 Draft and if actually the highest drafted player in NCHC history….not a big deal. So the ball is in the Sioux’s court this season.

The other team to keep an eye on is the Boston College Eagles. Like I mentioned in my blog earlier this week, Alex Newhook is my favorite for the Hobey Baker and he has his two sophomore counterparts, Matt Boldy and Mike Hardman alongside him again this season. I expect that line to produce more than any line in college hockey this season. Unfortunately for the Eagles, the team will be without Newhook until January due to him participating in World Juniors for Canada.

I wrapped up the poll with ASU and Minnesota. Two programs at the opposite ends of the spectrum. Minnesota, once the crem de la crem of college hockey, has experienced their struggles the past few season. ASU on the other hand is a new program on the rise and has one of the best coaches in all of college hockey in Greg Powers. So it will be interesting to see how the two teams fair this season, especially with ASU joining the Big Ten and seeing the big dogs on a regular basis.