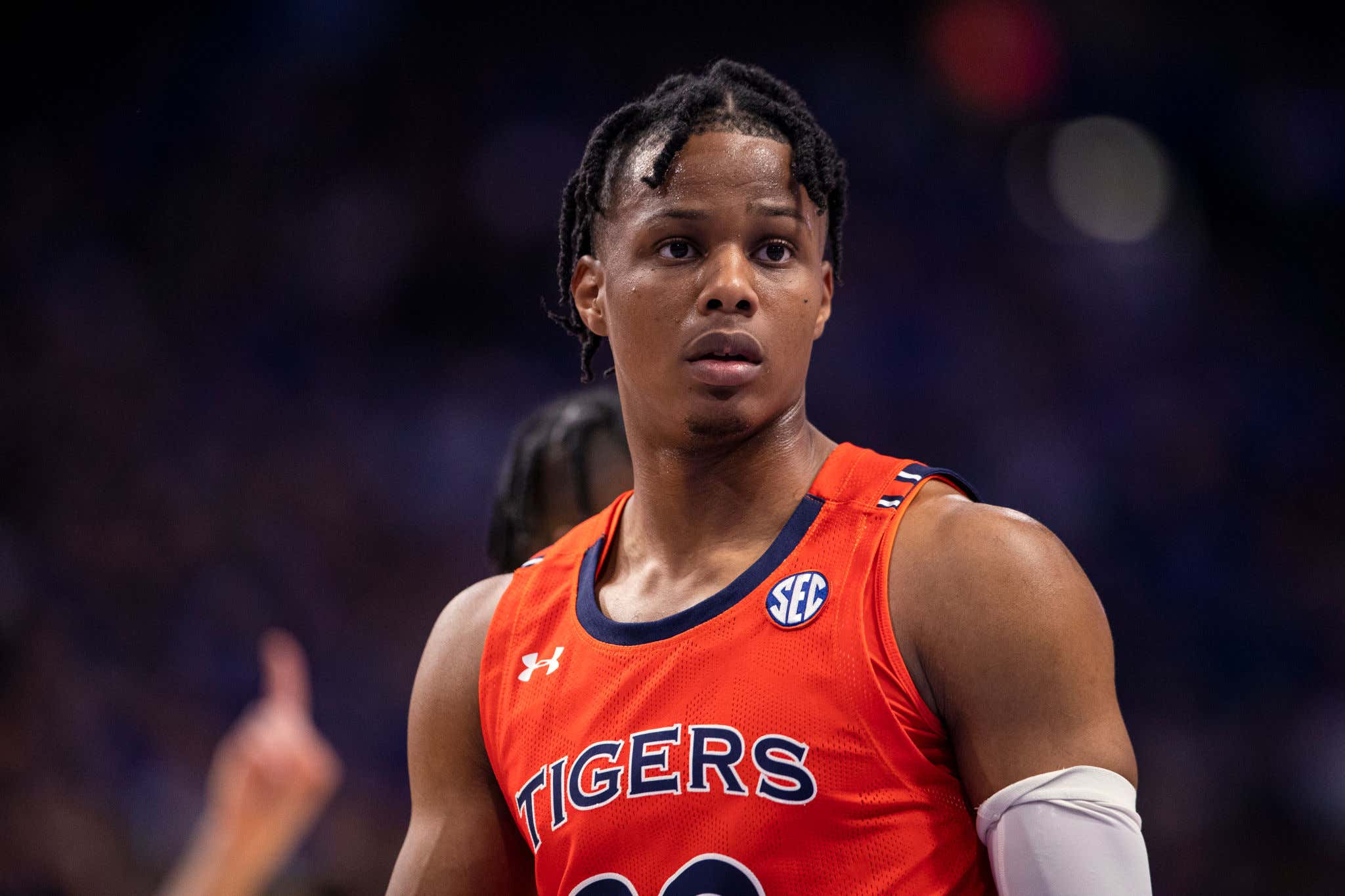 (Heavy.com) - Not many teams are looking to move up, though, according to sources. The Celtics are certainly one—they have picks 14, 26 and 30—and they have a few players in mind if they do. Sources have told Heavy.com that the Celtics have been enamored with Auburn wing Isaac Okoro all year and would target him if they move up and he is on the board.

But Boston also would be satisfied in seeing what might fall to them at their different spots in the first round.

Leading up to the NBA Draft, it's hard to know what to believe. You never know what's actually true, what is posturing, what are smoke screens etc. The one thing that I think we can all agree is true is that no matter who the player is, there will be reports that Danny Ainge is interested in potentially drafting him. Not only that, but if a good player was selected right before his pick, he was 10000% going to take that player. It's basically death, taxes, and these type of Danny Ainge draft rumors.

Depending on what mock draft you prefer, it seems like the Celts would have to move up to the 7-10 range to get Okoro, as long as the Cavs don't snag him at 5 or something. If you aren't really familiar with what Okoro brings to the table, give this a watch

Of all the rumored targets that we are hearing Ainge wants, I believe this one the most. He's the very definition of a prospect Ainge cannot resist in the draft. An NBA caliber defender from the jump, a great athlete, decent high school player ranking, but someone with a very raw jumper. The dude only 28% from three, but we know Ainge doesn't give a shit about shooting when you are a potential two-way stud. He's confident that can be developed, just look at Jaylen. He's a slasher who can finish around the rim which is a skillset this team could always use, so I get it.

The question then becomes, what would this pick mean for the rest of the roster? A quick look at the Celts depth on the wing and it's definitely crowded:

Well this is where you need read in between the lines. If Ainge is going to spend a top 10 pick on a wing, it means he knows that position is going out the door. Maybe it's the Hayward/Langford three team trade rumors we heard about yesterday. In a lot of those proposals, the Celts weren't getting back a wing player. It was more Jrue Holiday/Turner/pieces. Semi also has a $1.75M team option that the Celts could decline as well. In my opinion, you aren't taking Okoro if all these other wings are already on the roster. That feels like it would be a waste of a top 10 pick if you were able to move up with other glaring needs on the roster like a big or a shooter.

But Okoro does check all the boxes in terms of being a player Ainge would want given his draft history, so I can understand why this rumor exists. If he also pulls off those trades, then the wing becomes a big time priority for this roster and Okoro is probably the best SF that might be within the Celts potential range.

If they use all their picks to get him, they then need to find some low cost options in free agency to round out their shooting/big man issues. That goes without saying. With the draft 5 days away I can assure you Okoro won't be the only top 10 pick that is tied to Ainge, but at the moment who knows if they are even going to be able to get up that high. It's not like the billions of picks he owns are all that valuable to other teams as far as we can tell. But as always, put a pin in this one because it certainly could happen.