So on the latest BFF Pod, Alex Cooper (big get) joined the program to talk about moving to LA, casual relationships, and TikTok boys specifically the guys of the Sway house. Which led to this clip being posted on the Barstool Instagram...

Not too bad, right? Wrong! Apparently Bryce didn't like being called Sid from Ice Age and Blake didn't like any of it because they both took to twitter to voice their displeasure...

The Founding Father responded with a kill shot…

And now the entire internet, including Sas is stuck between a rock and a hard place.

Both of their mentions are a dumpster fire and World War III: Daddy Gang vs The TikTok Stans is about to start. Should Alex have given their bodies the respect they feel they deserve? Should Blake and Bryce have taken a chill pill? I DON'T KNOW. All I know is that everything is going according to plan and you should listen to the next BFF Pod to find out more. And that's the Tea, sis…

PS: The resemblance is uncanny. 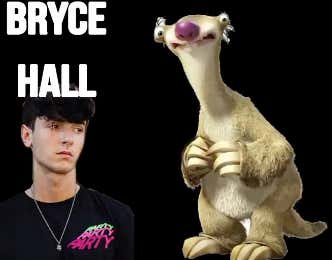