I may get made fun of for this, but one of my favorite pods we put out each week is BFFs with Dave and TikTok god Josh Richards. It's one of my guilty pleasures. The comments will probably call me a pussy, but to be honest? I don't care.

Last episode they pulled off a massive guest in Josh's ex, Nessa Barrett. That probably means nothing to you, but to the TikTok world? That was MASSIVE. This week? They followed it up with an even bigger guest. How Dave got her to do this? I have no idea....THE FATHER! Alex Cooper.

Cooper was somehow located in London? I'm not sure how that was possible considering that the country is in a lockdown, but I'm not going to snitch on our father. I'm sure she is following all the rules.

While getting ready to rate the Sway House wiggledickers, Alex let us know that one of the guys has already been in her DMs. The culprit? Griffin Johnson, a pretty popular name that has 9.6 million followers on TikTok. He slid into Alex's DMs with a simple "Yo." He did not get a response. Although, he did have some fun with getting "exposed:"

You see, these wiggeldickers ain't too bad. They know how to laugh at themselves. Yeah, they dancing without their shirts on and wiggle their dicks around in tight sweatpants, but once you get past that they are like you and I. They'd be Barstool employees if they were raised at a different time.

Now to the main event, Alex rating most of the Sway House (where Josh Richards, co-host with Dave, lives) guys.

On Noah Beck (current BF of Dixie Damelio, the sister of that really popular TikTok girl that you've probably seen once or twice. She has the Dunkin drink). 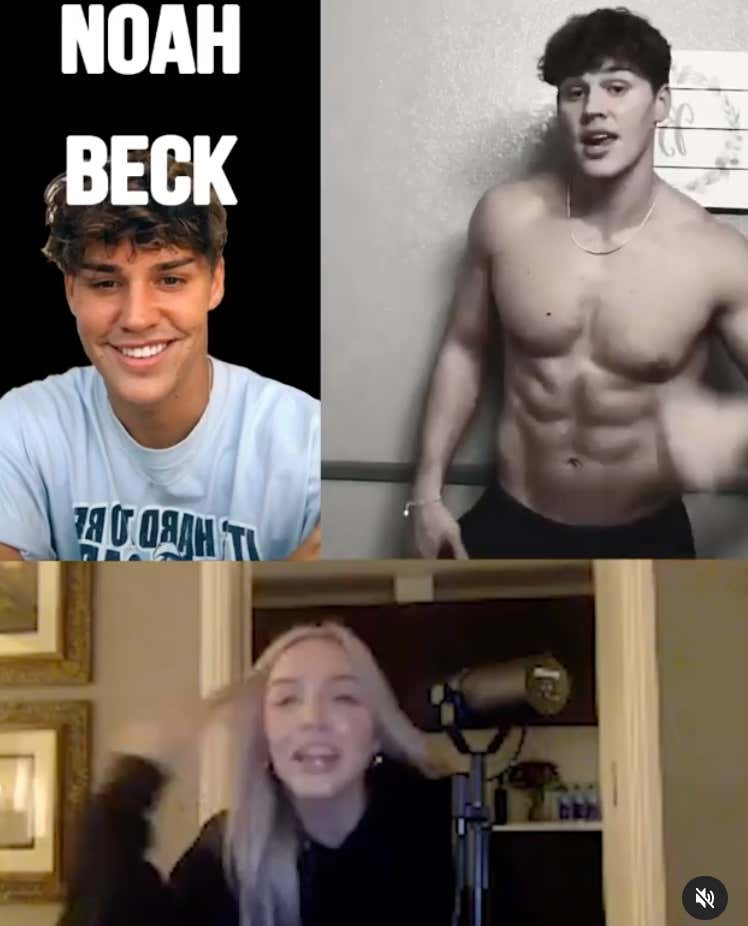 "I think they are overdoing the lifting…..if a guy has that much on his body, you really don't make money." What a quote.

Bryce Hall (the guy who got into the fight with a waiter after blowing vape smoke into his face): 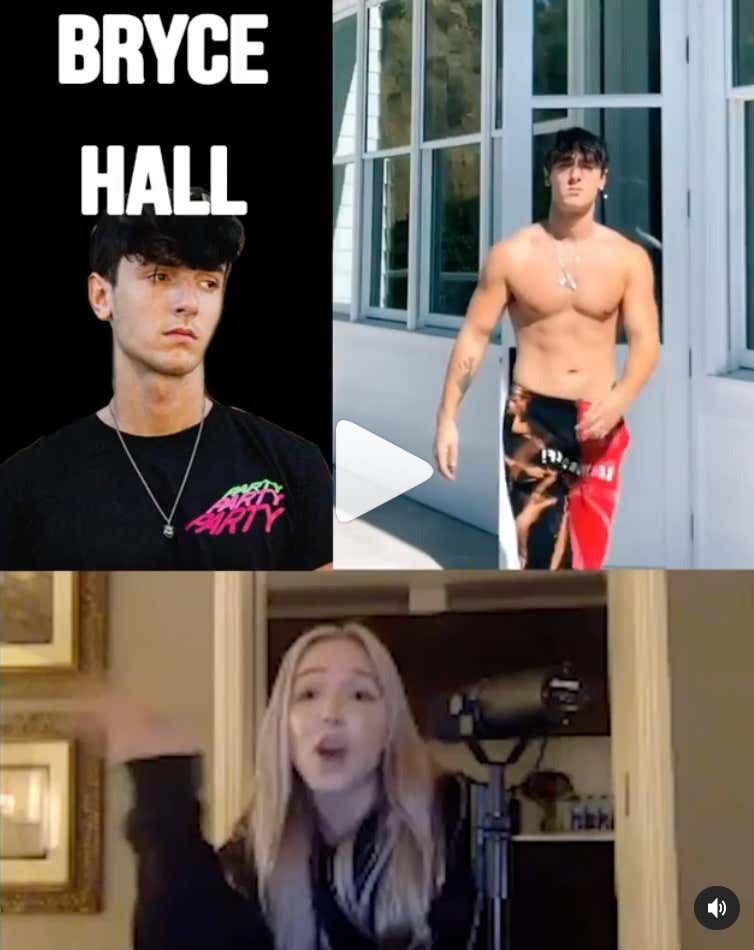 She then went onto compare him to Sid from Ice Age. 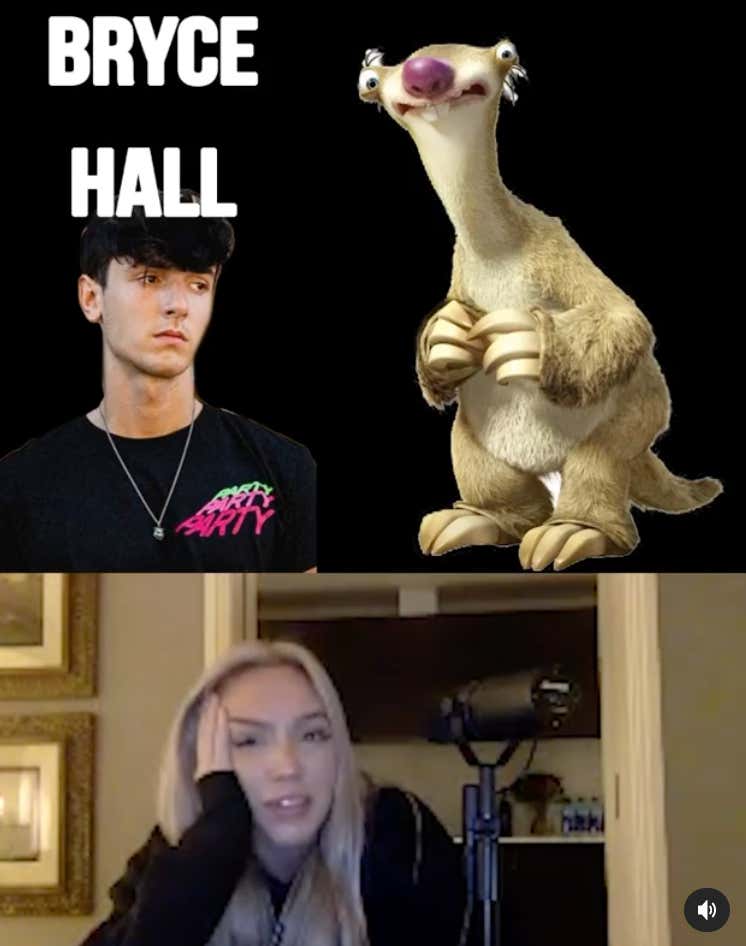 Bryce currently dates Addison Rae, who is probably #2 in the TikTok world next to Charli D'amelio. If she sees this? I'd love to see a little bit of a fight. Daddy Gang vs. Braddison (Bryce + Addison) stans? Would be the matchup of the century. 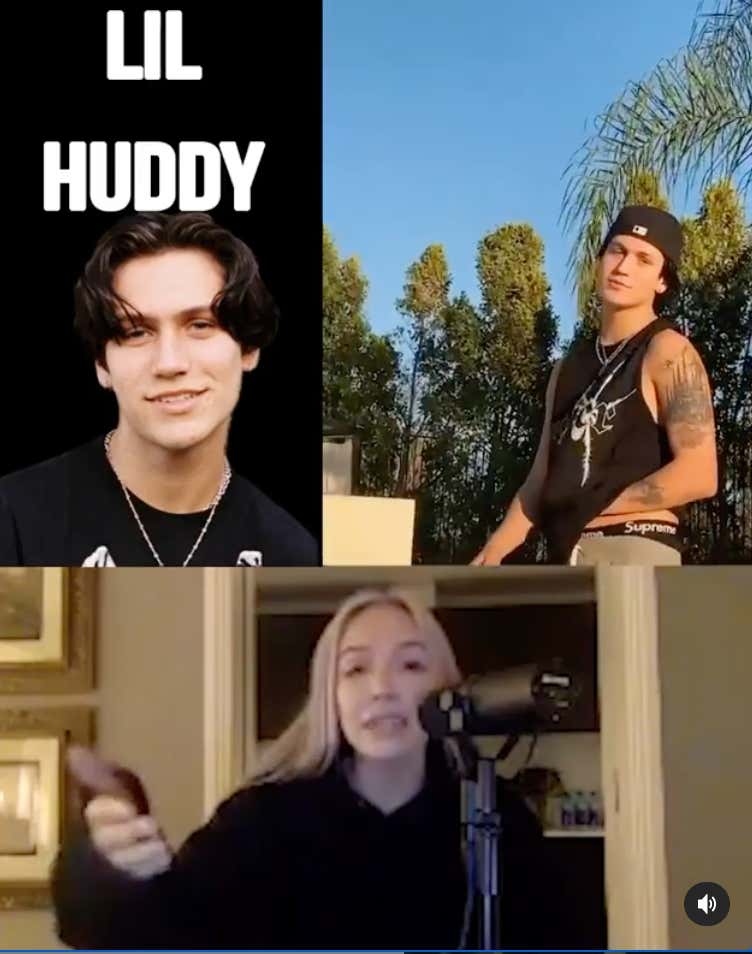 Our Father notes that the way he dances makes her uncomfortable. I agree.