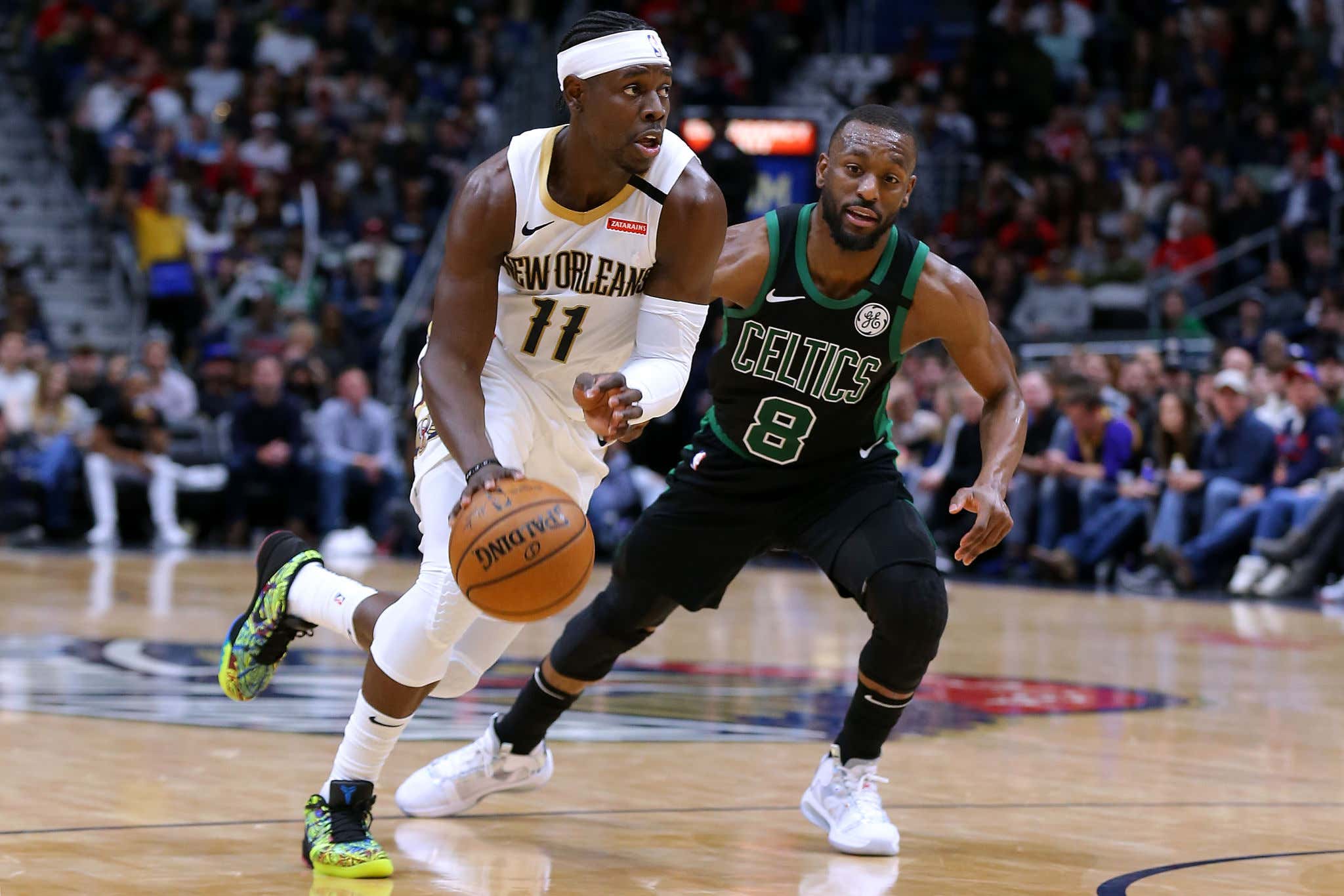 It was only a matter of time before more rumors around the Celts and Jrue Holiday started. You can't be one of the biggest names currently being discussed in trade rumors and think the Celts are going to sit out on the fun. Does it mean they are actually interested? Who knows. The point is hearing that they are a potential trade partner is the least suprising news of the offseason so far. It's certainly not going to be the last time we hear them attached to a potential deal. Remember what Ainge said yesterday about making deals

The question then becomes, what the hell would they even trade and what would the Pelicans even want? The picks are whatever, they can have all of those. The hard part is finding a combination that makes the money work. He makes $25M this year and has a player option for $26M next year. So, there are a couple options

The money certainly isn't an issue, but why exactly would New Orleans want this type of move without knowing for sure that Hayward is going to sign an extension? Maybe some sort of sign and trade if that's possible? Aside from that, they don't really have a need at Hayward's position. Unless they think he can play the 2 next to Ingram, that's a weird fit.

Again, the money would work, but again it's another question in terms of fit. He doesn't have the size to guard SGs, so that would have to be Lonzo, and while Kemba is secured long term, his knee is certainly troublesome. That's just a fact. He also doesn't exactly help the Pelicans out on the defensive end either, which is a big area of concern

I know I'll be called a homer for this, but I would rather have Smart. I'll concede he is nowhere near the type of efficient offensive player that Holiday is, but he's about 5 years younger and half the price, while giving you All NBA defense. As in, he's for real made First Team All NBA in back to back seasons.

So you'd basically have to take Smart's $12M and add Kanter's $5M if he opts in, and that only gets you to $17M. It's just hard to think that this could happen without a third team if the Pelicans aren't interested in those first two options.

If somehow they were able to keep Smart and unloaded one of the other two, it would certainly help sure up the Celts perimeter defense. I think if they have to find a way to flip Hayward because he's leaving, Jrue Holiday is the exact type of player I would want to bring back. He fits how the Celts play and gives them depth at an important position. You basically slide everyone up a spot. Kemba at the point, Holiday at SG, Jaylen at the SF and Tatum at the small ball four.

The interesting angle is if the Celts were able to move into the high lottery, would you rather have someone like Holiday or the young big Ainge wants? I guess it all revolves around Hayward. If you have to make a move to prevent losing him for nothing, a trade like this makes sense if New Orleans is down. But if you can bring Hayward back on a team friendly deal, I think I would rather have the young big.

Naturally, we know how this will go. It'll come out that they were THIS close to pulling off the trade before Ainge finally backed out because he didn't want to give up Timelord or some shit. Either way, buckle up for a bunch of Celts rumors to start to come in now that we are that much closer to the Draft.