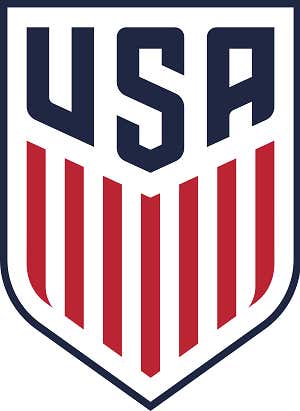 International breaks suck but you know what does not suck: getting our first look at the nucleus of players that is going to win the United States of America’s first (men’s) World Cup. Crazy to think how far we have come since October 2017 but here we are so time to situate yo ass in a comfy seat on the bandwagon and settle in for the ride.

The ride won’t always be smooth. There are going to be some bumps. That is the trouble with actually “playing the kids”: they can be a little inconsistent, especially at first, which is why it is all the more important for us – the fans – to go in with clear eyes and a full heart knowing that we can lose some games early on as part of the learning experience. Winning every game is not the key. Trending in the right direction and peaking at the World Cup is what matters. That journey starts now. 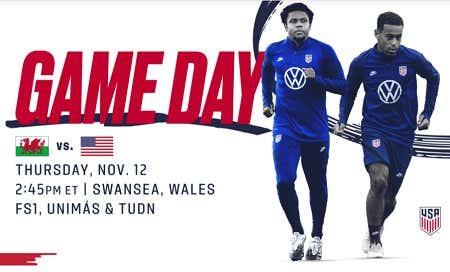 so I won’t retread all the same things over again but in brief here are the important points:

- LOVE the roster. Average age is less than 22yo. Half the group is playing in Champions League right now. Just incredible. Pray for the haters, seriously.

- Initially there were no MLS guys due to pandemic-related travel complications and the fact MLS playoffs are about to start. Then Werder Bremen decided to be little skeezes and refused to release Josh Sargent so Berhalter called in Sebastian Lletget of the LA Galaxy (whose season was over in September). So there is one MLS player.

- Snaking Valencia’s Yunus Musah from England was an unexpected (tentative) coup, and comes at the perfect time just as the 17yo midfielder seems to be coming into his own in La Liga. Big get – potentially – as Gareth Southgate has already said publicly he hopes to bring Musah back into the fold with England. Hopefully Gregg solidifies his commitment to the US by giving him some minutes.

- Christian Pulisic was called in and hung out with teammates for the week but was not healthy enough to play this week so he left to go back to Chelsea to continue his rehab. No surprise there. Really need to get The Babyjesus some of that goodgood horse placenta, stat.

- Another thing to keep in mind: this is the first (senior) national team camp for 10 players. Unfortunately playing in friendlies like this does NOT cap-tie them to the US. That means some guys where there have been some questions about where they will end up – notably Sebastian Soto (Chile), Richy Ledezma (Mexico) and Yunus Musah (England) – are still free to “switch” if they decide to. Just an FYI.

This would have been my first choice XI: 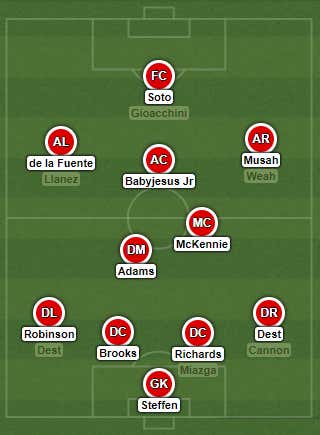 And this is what Greggggg went with:

No major qualms. Big fan of the defensive unit. Would have preferred Richards based on upside potential but Brooks and Miazga have played together. Gioacchini over Soto is fine. Kid is scoring goals like crazy in France. The one that a lot of people will question is Lletget over someone like Musah or Weah. I have the same question but Lletget is a good player who has played well for the national team and a lot of people (often unfairly) are going to hold it against him that he plays in MLS. I would have liked Musah or Weah but don't sleep on Lletget.

ALSO, in terms of subs, here are some guys that I’ll be hoping to see at some point in the game: 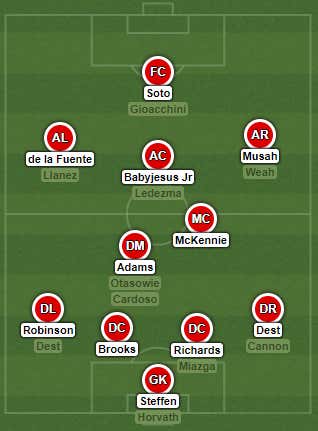 Wales is a solid team with a lot of Premier League (and Championship) talent. They are currently ranked #20 in the FIFA World Rankings, which is two slots ahead of the US (#22). Then again they have three Tottenham players so they can’t be that scary. 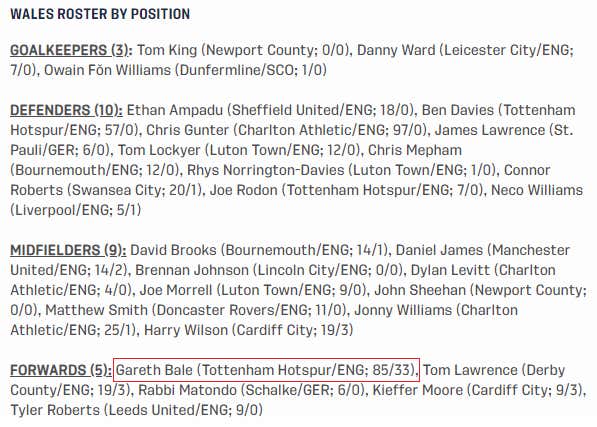 They are in the second tier of UEFA Nations League but currently in first place in their group. They play a defense-first style that should be a little tough to unlock, which will make it a good test for guys like Reyna and McKennie to make things happen.

One note: Wales plays THREE games this international break, including two that count in Nations League… and today’s game against the US. So chances are they will take it a little less seriously and perhaps even rest some guys (eg, Bale). TBD on that but something to keep in mind. 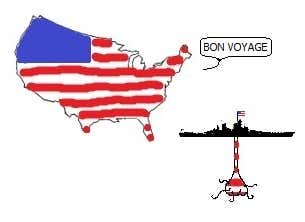 I’ve said this before but will say it again: I don’t give a flying fck what the final score is. I wanna see strikers putting themselves in positions to be dangerous, midfielders making things happen, Adams and McKennie both clamping down and getting the ball forward, and some preliminary cohesiveness from the backline. Everything else is just dessert.

Prediction: USMNT win 2-1 – not that it matters.

So there we have it. The USMNT back so back. Pray for the haters. I’ll be back again with a recap/Panama preview before long. GO GO U-S-A!