Incredible how easy it is to stay insanely good looking when all you need is $260 million dollars. Anyway, this beautiful king's birthday got me thinking, what are the best Leo roles? Luckily, All my rankings are on MovieRankings.net. These are my 12 favorite movies of his. 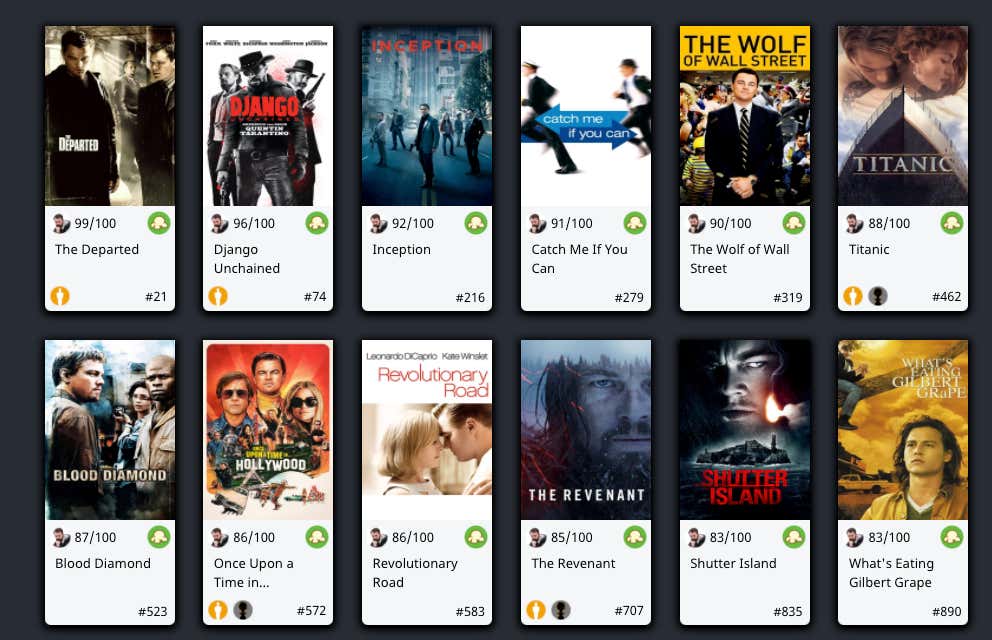 It's important to distinguish movies from roles here, but that is a good basis to work off of.

#1. I honestly think that, pound-for-pound, my favorite roles of his was as Calvin Candie in 'Django Unchained'. We rarely get to see him as a heel and he fucking crushed it in much less screen time than we are used to with him. Not to mention the fact that he had one of the great improv moments when he actually split his hand open during the dinner reveal but finished the scene.

#2. 'The Wolf of Wall Street'. It's honestly a true fucking crime that he didn't win Best Actor at the Oscars that year. He gave everything, both physically and mentally, in that role and it elevated that movie to a level it wouldn't have reached with anyone else.

#3. Another role that he really lost himself in was 'Revolutionary Road'. That movie is fucking depressing, but he delivers an insane emotional punch. That's one of the first movies I watched as a younger kid and thought "Holy shit, that is really good acting".

4. 'Once Upon a Time in Hollywood' is a great movie that, once again, is elevated to another level by his presence. Rick Dalton is such a fantastic character that has so many layers to him which I love. A 44 year-old actor playing an actor past his prime has got to be a tough job, which makes me like it even more.

#5 I really want to put 'The Departed' here, but I'll go with 'Inception'. Like with Django, he killed every scene he was part of. But I just think he had way more to do with the success of the latter than the former. Dom Cobb might be a dumb name, but man was that a complicated and rich role.

Vote in the form below or CLICK HERE. When you're done voting, click "See previous responses" to see how your fellow stoolies voted.