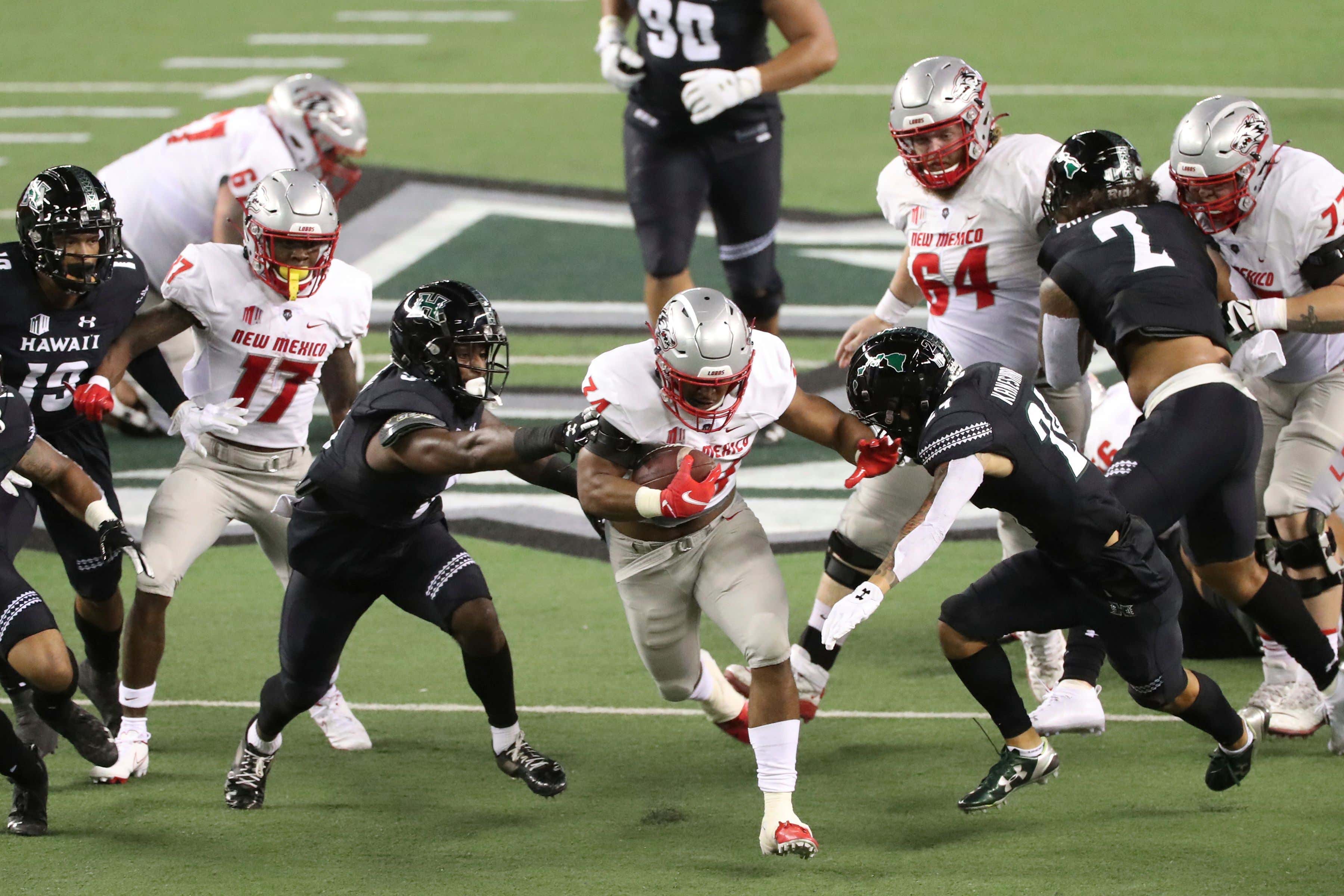 College football in the year 2020 has been weird. It feels like hundreds of games have been canceled, but hey, at least we have a season, right? That almost was not the case for the University of New Mexico after their state's governor put a strict rule on not allowing gatherings of more than 5 people.

For most teams that would be a death sentence for the 2020 season. For example, Old Dominion is not playing this season although C-USA (their conference) is. UNM's FBS state counterparts New Mexico State decided to not play due to being independents. However, New Mexico found a way to play.

SOURCE-Eventually, it came together. New Mexico decided to house its team, trainers, academic advisors and coaching staff at the Hilton Lake Las Vegas Resort and Spa in Henderson, Nev. Players have been practicing at Sam Boyd Stadium. UNLV has assisted with three-times-a-week PCR testing (via Quest Diagnostics) as well as daily laundry needs. Reed-Francois joked that both teams have a built-in backup game in their own backyard in case both lose opponents the same week; UNLV and New Mexico are not on each other’s original schedules.

New Mexico is going to be the first team to play an all road schedule in FBS history. The Athletic notes in their piece that even Tulane played a few home games after Katrina hit New Orleans in 2005.

He said keeping the football program in Las Vegas will cost approximately $70,000 per week, but he said he’s willing to pay that because participating in the season allows for a payoff of about $4 million later on, thanks to distributions from the Mountain West Conference and the College Football Playoff.

The math does check out here. 3.7 million minus 300k is much better than 0 dollars.

I've always liked hotel living. It appears New Mexico will be here for 6-8 weeks. Would this get old? Well, it depends on if you have the hotel amenities. I could live at a hotel for an entire year if I had housekeeping every day and continental breakfast. If not? Then it could get old quick. Do I have access to the pool? The lounge? A lot of questions!

Living in a hotel isn't the only change New Mexico is going through during the 2020 season. The Bob Davie era ended thanks to a scandal, that went under the radar due to New Mexico being the most forgettable state in the union, and three seasons with under 3 wins. Danny Gonzales (former Lobos player, former ASU DC) seems to be turning things around even with an 0-2 start. They played Hawaii well as 15-point underdogs and will take on Nevada this weekend as 17.5-point underdogs. SP+ has them as the 10th worst team playing this fall, but hey, they are ahead Vanderbilt and Kansas.