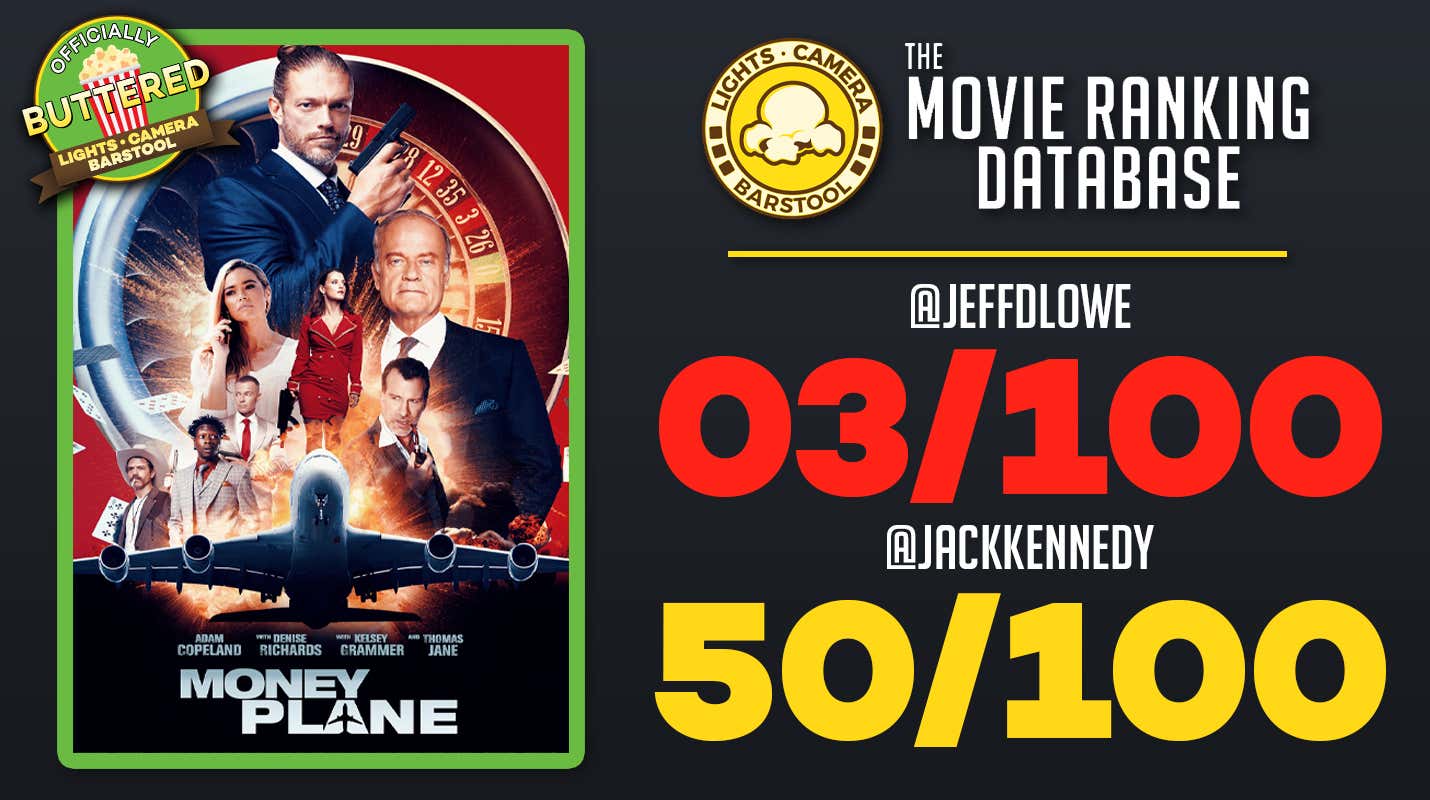 'Money Plane' is one of the most fucking absurd movies ever released. Was it intentional? Was it a joke? Was it seriously made? We watched it and discussed…

For his final heist, an indebted professional thief must rob a futuristic airborne casino filled with the world's most dangerous criminals. (via Wikipedia)

JeffDLowe (03/100): You cannot find a 2020 movie more fascinating than 'Money Plane', I promise you. It's both one of the worst movies you'll ever watch, but also one of the most entertaining. The word "absurd" doesn't even begin to describe the experience you'll take when you board this flight with Edge, Kelsey Grammer, and the Lawrence Brothers.

I struggle to really pinpoint the seriousness of this movie. Yes, I know a large portion of this movie was done in jest. Interviews have come out over the months since the release that alludes to the intended campiness and corny nature of the movie. But to consider the entire movie intentionally bad sure gives it a ton of credit.

Maybe I am a fucking clown. Maybe this movie is truly comedic gold. This could be the case! I don't even want to go too far into the examples, or who had the funniest roles, because it would ruin the shocking moments that help this movie cruise along.

Despite my questioning of whether or not this movie deserves 100% credit for its comedic touches, I must admit that it is fairly entertaining. I had a blast on the first watch (not so much the second time) and would suggest firing it up on Hulu.

Best line delivery in the history of cinema.

KenJac (50/100): There is something incredibly endearing about ‘Money Plane’ that’s hard to describe. They hit this perfect zone where you can’t quite figure out if it is a very well done and self-aware movie or just a shitty F-level action one. While trying to figure it out while watching and while we broke it down on the pod, I settled on this. Ignorance is bliss.

I don’t care if it was self-aware or not. I had a great time watching regardless and laughed from start to finish. Who gives a shit about meta implications as long as the content is entertaining.

The two main players in this movie are WWE star Edge and Kelsey Grammar. I don’t mean to say Fraser is a WWE star, although he could have been if he wanted to. Despite being the star of the movie, Edge isn’t really part of it somehow. Grammar delivers a somehow over-the-top and boring performance which is laugh-out-loud funny. There are a handful of smaller roles which also rule, such as a psychopathic cowboy from Matthew Lawrence, a bookie from Al Sapienza (Mikey Grab Bag from the Sopranos), and a pipe-smoking fixer from Tom Jane.

The movie’s plot is exactly as advertised. It’s a low-concept heist film with every cliche you can think of peppered throughout. It goes by quick, there are plenty of laughs (mostly inadvertent(maybe)) and you won’t turn it off feeling like you wasted your time.

I know it sounds crazy, but I was arguably more entertained by Money Plane than almost any other movie this year. MONEY PLANE!

--
The movie is Officially Buttered, despite our low scores. It fucking sucks, but we must recommend this to everyone. You can head to Lights Camera Barstool right here to listen to our latest episode where we reviewed 'Money Plane' and more.