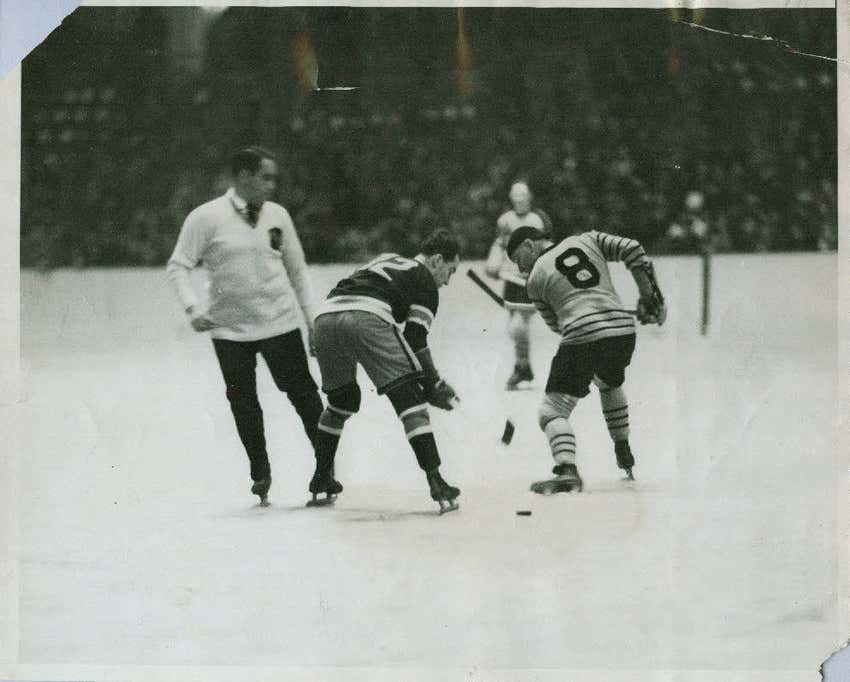 The NHL comes to the City of Brotherly Love as the Philadelphia Quakers host the New York Rangers at the Philadelphia Arena. The Rangers win the game 3-0. The Quakers coached by Cooper Smeaton had played their first five seasons in Western Pennsylvania as the Pittsburgh Pirates. After some early success, the Pirates were sunk by the depression. The move to Philadelphia was temporary as the hope was to return to Pittsburgh after a new arena was built. After a 4-36-4 season, the Quakers ceased operations.

As the Western Hockey leagues collapsed, the NHL, with an expanded group of talent ballooned from four teams in 1924 to ten teams in 1926, five of the six new teams were based in the United States. This included the Pittsburgh Pirates, who played at the Duquesne Gardens, upon joining the NHL in 1925. Coached by Odie Cleghorn, the Pirates made the playoffs in their first season, posting a record of 19-16-1.

The Pirates also made the playoffs in their third season. However, trouble was on the horizon as their arena was too small, seating only 5,000 fans. As finances began to take its toll, the Pirates were sold by James Callahan to Bill Dwyer and Benny Leonard. Over the final two seasons in Pittsburgh, things got bleaker with the stock market crash in 1929. Leonard, a well-known boxing promoter, convinced the NHL board of governors to allow him to move the team across the state to Philadelphia.

The Philadelphia Quakers decked in orange and black played at the Philadelphia Arena. The plan was to build an arena in the model of New York’s Madison Square Garden. Benny Leonard was open to returning to Pittsburgh as the city that built the arena would get the team. The 1930/31 Quakers were one of the worst teams in NHL history. They won just four games, posting a record of 4-36-4 while being outscored 184-76.

The Quakers were unable to survive the financial woes and ceased operations after one season. Over the next decade, four teams would fold, leaving the NHL with six teams for 25 years. In 1967, the NHL doubled to 12 teams, with six expansion teams. Two of the teas would end up in Pennsylvania, with the Pittsburgh Penguins and Philadelphia Flyers becoming instant rivals. The Flyers would wear orange and black as a tribute to the Quakers.