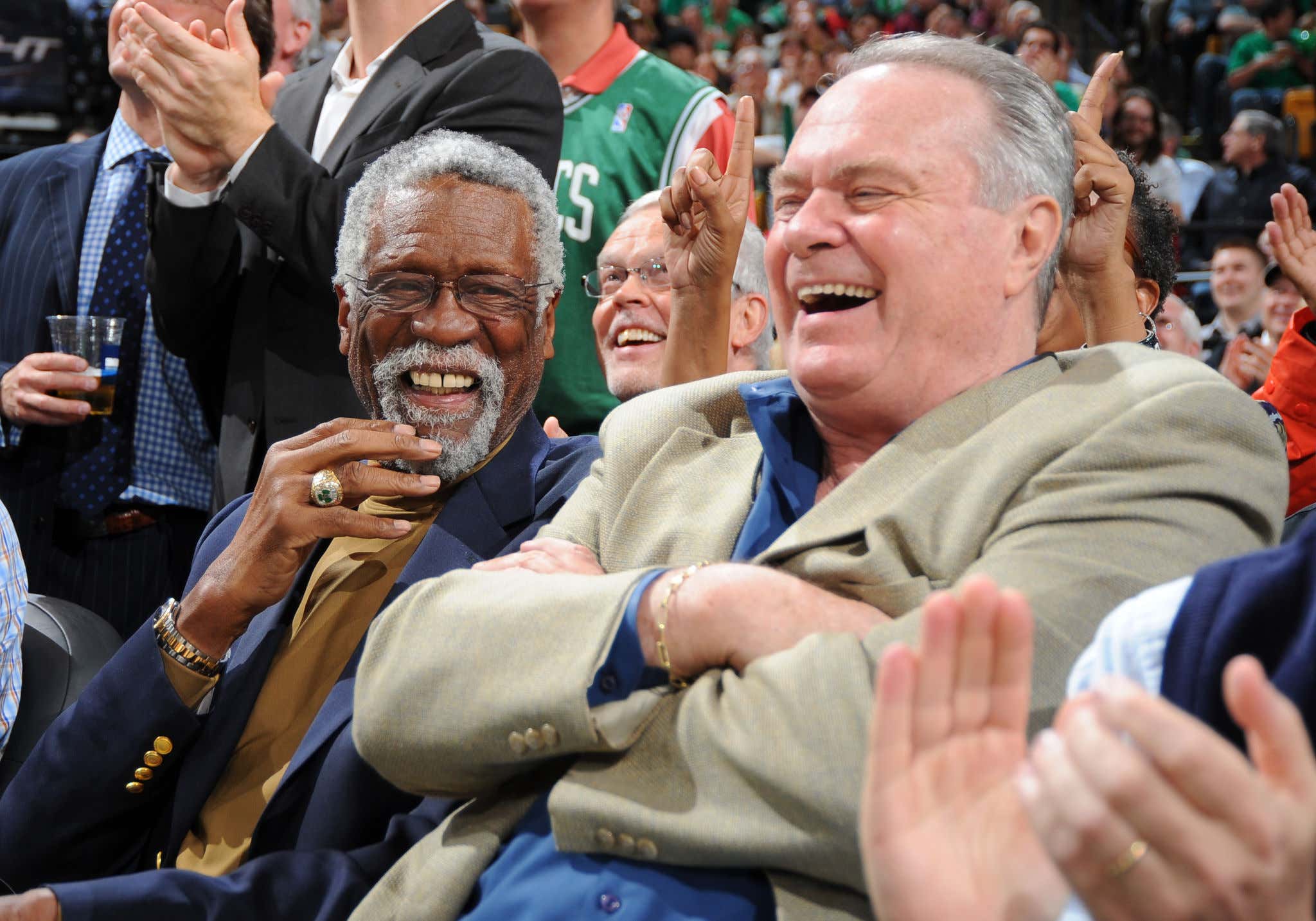 Red Auerbach. Bill Russell. Larry Bird. There are some really strong choices to represent the Celtics. To be the guy people think of when they picture the 17 banners, the parquet floor, the kelly green and white uniforms that haven't changed for the better part of a century. But in all honesty, there's only one man who is the right choice for that designation, and he passed away today at the age of 86.

Tommy Heinsohn was, is, and will forever be the Boston Celtics. He's in the Hall of Fame twice: once as a player, once as a coach. He should be going in as a broadcaster as well, which would make him the only person in the Hall thrice. Why that third honor hadn't already been bestowed upon him, I'll never understand. But to speak of Tommy Heinsohn purely in accolades misses the forrest from the trees that was his life. He may have been born in New Jersey, but the second he got to Holy Cross he became one of us. He never left. Too old to play? Fine, he'll coach. Ready to make a switch at the helm? No worries, I'll sit court side and broadcast for the rest of my life. And we were happy to have him, every step of the way.

It's hard to imagine the Boston Celtics existing without Tommy. It's not something I'm ready to accept. To someone from outside of Boston, it's hard to describe without sounding hyperbolic. But right now, as I sit typing, it feels like my favorite uncle just died. I imagine that's a similar sentiment shared by many Celtics fans. He was always there. He taught me that it was Boston vs. Everybody. That every call was against us. That the 15th man who played three minutes a season deserved to be compared to Michael Jordan.

I didn't know there were people who didn't like Tommy until I got on Twitter and League Pass became more prevalent. NBA writers across the country started ranking broadcasts and the Celtics would routinely rank towards the bottom of the list, citing Tommy's homer-isms and accent. That only strengthened my love for Tommy. Those people didn't get it. It's a fucking home broadcast. This isn't the NFL, you don't have to be even keeled to call your own team's broadcast. It's the NBA, and that 10-time Champion waxing poetic about why Greg Stiemsma is actually the white, modern Bill Russell is doing his job at a level mere mortals could hardly comprehend. Isaiah Thomas' popularity in Boston was directly tied to Tommy's instant exuberance and appreciation for "The Little Guy." Walter McCarty sold more jazz fusion albums than he should have because he was Tommy's main man. It didn't matter that he was a role player, he felt like the most important player on the court because Tommy co-signed him. Anyone can appreciate the stars and tell you why they're great. Tommy made everyone a star. It was infectious. And watching the Celtics will never be the same without hearing his voice ever again.

Rest in peace, Tommy Heinsohn. Thank you, for everything.