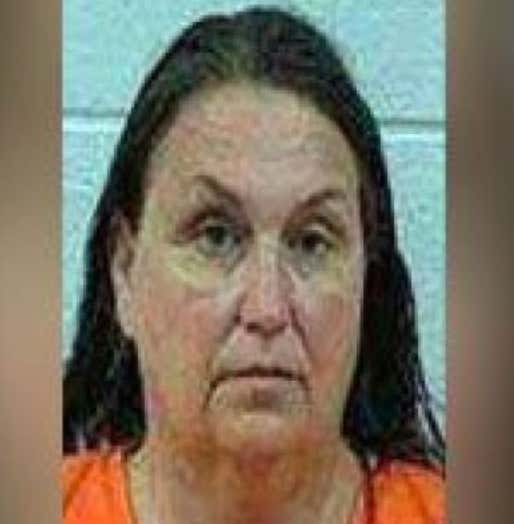 Source - Authorities arrested a woman in Dallas, Georgia, after she allegedly tried to convince restaurant workers that she was an FBI agent and should get free food. Even when police officers arrived, the woman apparently continued to claim she was a federal agent.

Kimberly George Ragsdale attempted to get free food from a Chick-fil-A by pretending to be an FBI agent, The Polk County Standard Journal reports. Employees were apparently not convinced and called 911 to report the woman.

According to the news outlet, this is not the first time Ragsdale has attempted to get free food and has threatened to arrest employees when they don’t provide the food.

After spending the majority of my adult life scouring the Internet for stories such as this, I have pretty much seen it all. I've seen every crackhead, meth dealer, scallawag, and what have you do every combination of malfeasance there is to be done. Very little shocks me anymore. A woman in Florida with a bag of heroin up her coochie arrested for riding an alligator around the public square? Just another Tuesday on the ol' Internet.

So after reading this article today about this nice lady who pretended to be an FBI agent to get some free Chick-fil-A, all I could think is I don't hate the hustle on this one. Most fast food stories we see involve shouting, fighting, pubes in a burger, or Santa crawling into the drive-thru window to make a late night snack.

But today's is just a young FBI agent working the field, dusting for fingerprints, trying to get to the bottom of the country's most important cases and the folks at Chick-fil-A have her ARRESTED? For shame!!!! Kimberly George Ragsdale (George is such a funny middle name) looks like an FBI agent to me. And if she wanted some nuggies and chicken sandwiches, if I was working the register at the Chick-fil-A I would not hesitate to give her as many as she wanted. It's the least we can do for an FBI agent. But instead they called the cops and she was arrested, which doesn't make sense because she clearly was in contact with the FBI the whole time

She reportedly pretended to talk to a supposed radio in her shirt, reporting that she was being arrested and that the FBI needed to send someone to the Rockmart Police Department.

Yeah, the cops and CFA employees are going to look real, reallll dumb when they realize they just arrested a senior special agent on her lunch break.