The plot centers on Caroline Christmas (Cox), a control freak who desires nothing more than a perfect Christmas with her sisters at her lavish country manor to atone for the fact that their father (Grammer) abandoned the family on December 25th many years ago. When on Christmas Eve their long-lost father arrives at their doorstep with his new girlfriend, chaos ensues. Through a series of mishaps and misunderstandings, Caroline uncovers a long-buried family secret. Can the family still celebrate Christmas together after all? 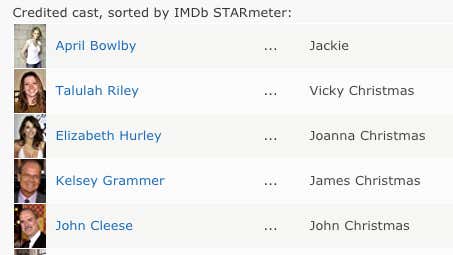 Ok, so this movie seems fine or whatever. The trailer was dumb and competently made despite the fact that apparently the whole thing was shot and edited in a 1-1/2 month window. 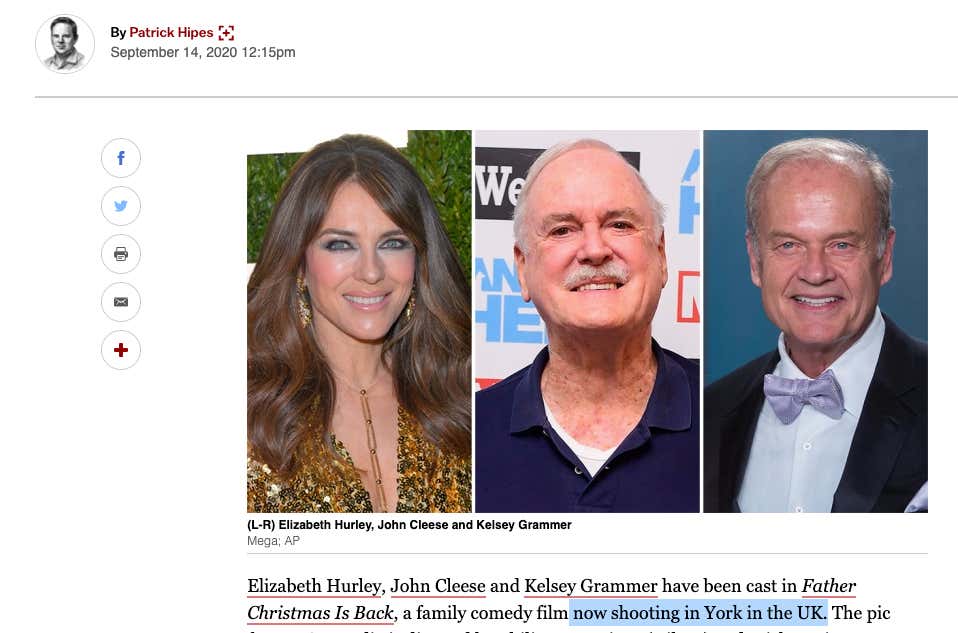 The more important part, though, is Elizabeth Hurley. Are you fucking kidding me, kid? Look, I know she has been killing it on instagram forever, but my algorithm knocked her out of my sight for a while now. Seeing her return to the "big" screen really knocked me out of my rhythm for the day. Can you imagine looking like this at fucking 55 years old?????

They all look like curdled milk compared to her. In fact, most british peoples genes dictate that they age like a dairy product, which makes her retention of youthfulness all the more shocking! God DAMN Liz! I'm gonna go re-watch 'Bedazzled'.