I'm not lying when I say I felt something right there. When he talks about juice in the fridge vs bbq sauce… I legit felt like I was doing long division for the first time and it clicks and you get the ohhhhhhhhhhhh that's what they mean feeling. The kinda sensation that routinely comes with solving elementary math but seldom after. I just had that moment again thinking about juice vs. sauce.

That said, I'll be honest… I didn't know juice was a thing to begin with. Juiced up usually means you're on steroids or some kind of meathead. Juicy isn't in the same lingo ballpark. Juice was my quarterback in college and he's about to make his own appearance on the Dog Walk draftboard. (Stay tuned for that.) But as far as "Juice" as a good thing? Like saying that your boys has the juice just never registered with me. And even so I still completely understand what my man from Best Buy is talking about.

On the subject of Best Buy, I feel like people severely underrate the in-store knowledge brought to the table by Best Buy tv salesmen. I know Amazon ships faster and cheaper. I know their inventory is more robust and customer service less of a hassle. But pound for pound you have to put the Best Buy Tv Guys up against pretty much any big box retailer. The Burbank location at 76th and Cicero in the Ford City Mall from 1998-2006 was murderer's fucking row. The way they handled the transition to plasma and wall mounts is something they still talk about in Chicago to this day.

Elsewhere, shoutout to Vibbs for seeing the Sauce before me. If you listen to Dog Walk Snake Drafts this is not as weird as it sounds. 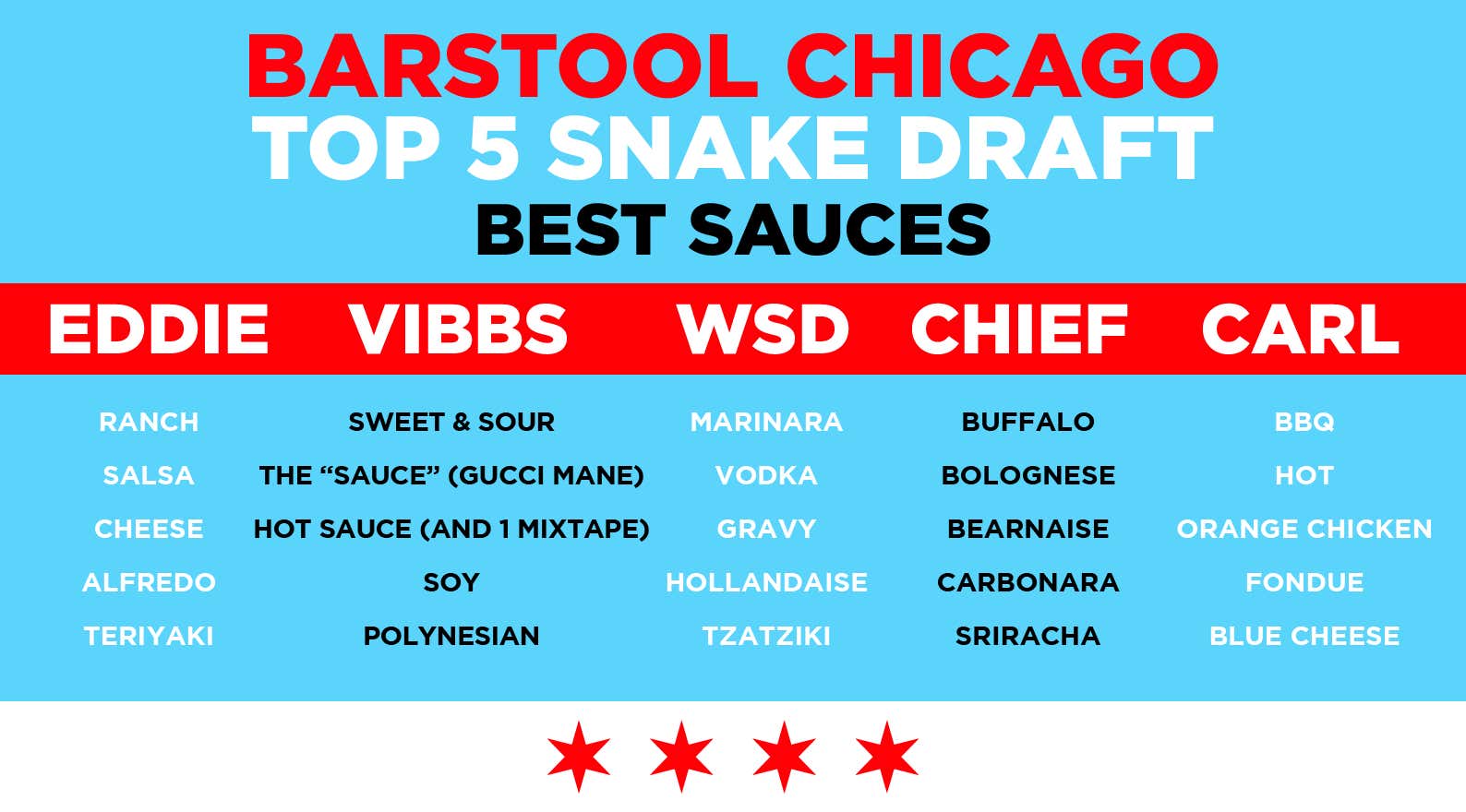 You'll notice in the 2nd round he basically gave away the draft in real time. But now it seems to be a fair sacrifice at the gain of being known as a man who understands how Sauce works. Admittedly that wasn't me then, but now I see the light. Now I want the Sauce.

PS - I've been getting sauced for awhile. Calling booze Sauce has always worked for me. Getting Sauced Up works for me. I know it's not for everyone but if you get sautéed that means you got extra Sauced Up. Idk if that's a thing for everyone but wanted to get that off my chest. Sauce is good.