Another day, another win for the Kardashain-Jenner clan. Here are the family standings as of right now...

...all combining for a grand total of 794 MILLION followers. That's a lot of eye balls and even more dollars. Kylie, for example, charges $1.2 million for a single Instagram post and Kim charges around the same. The other sisters charge less, but they still make a shit ton of money off of their pages. Which is crazy considering that's not even their main source of income. Regardless, it's wild to think that 23-year-old Kylie is one of only four people in the world with 200 million followers. The others are Ariana Grande, The Rock, and Cristiano Ronaldo.

Here's one of her first posts... 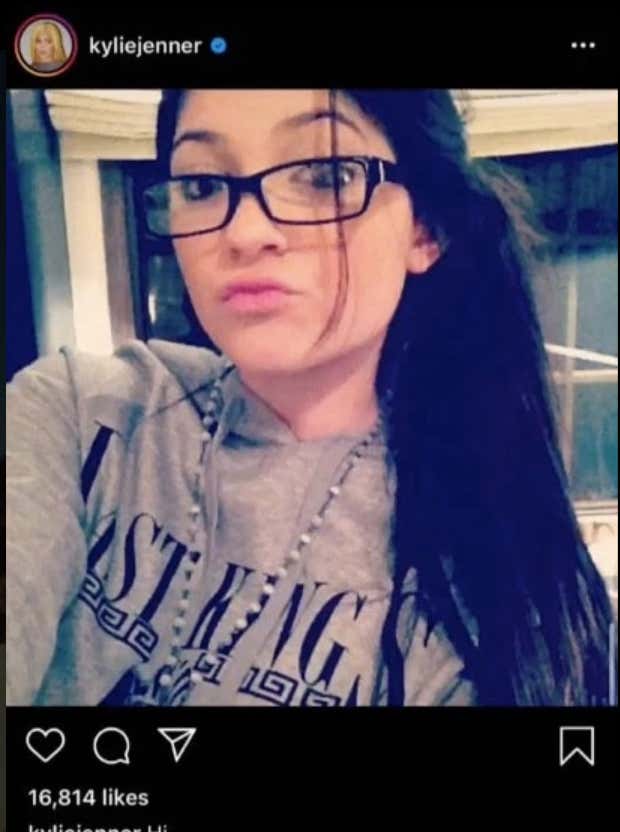 Sixteen-thousand likes. Her most recent post had over six million. Anyway, let's take a look back at some of her hits, shall we?

What a legend. It's the Kardashian's world, we're just living in it. Congrats, Kylie. You deserve it.

PS: The 200 club is still not nearly as prestigious as the five-timers club. Please advise…