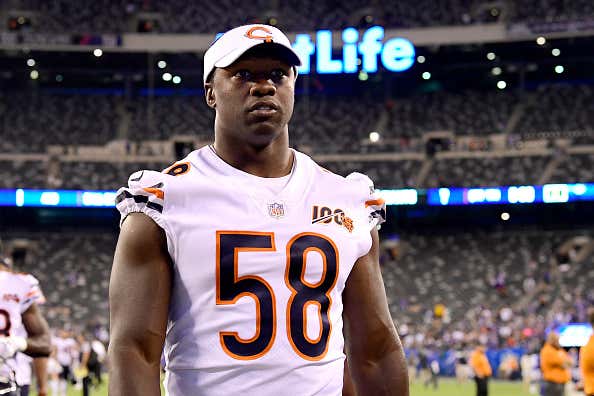 Entering the Rams MNF game at 5-1 there was a sentiment around Chicago that we had to win at least 1 of the next 3 games versus the Rams, Saints, and Titans. All 3 good teams so if we could just kind of minimize the damage then we could still be in good shape after that with our game against the Vikings and the bye week.

Well, here we are entering this game having lost both of those ones. I still think it holds true as 6-3 is a hell of alot prettier than 5-4 so hopefully the boys figure out a way to get it done. It's been kind of a weird pulse that I've been finding where Bears fans aren't overly confident, but they're not overly negative at the moment. Sure, Derrick Henry is going to be a motherfucker to stop, but the Titans have had their issues the last couple weeks as well.

I'm just happy Clowney isn't playing as this hodge podge offensive line needed any break they could get and him not playing is certainly a relief.

There's not a ton more to say as we kinda have a feel for who this team is at this point.

Let's get it done.