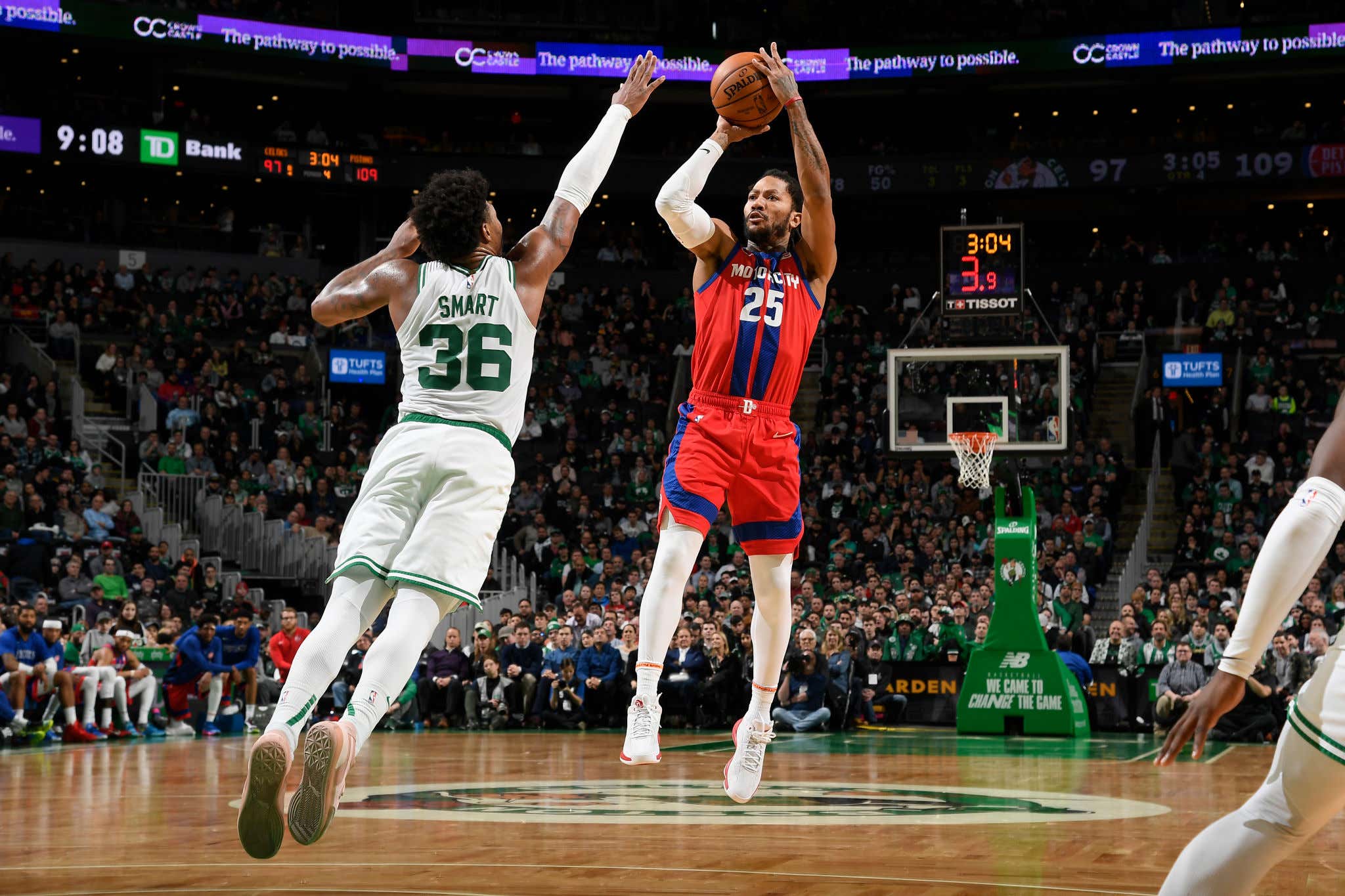 Ever since the Celtics season officially ended due to them pooping their pants and collapsing against the Heat, not a day went by where I didn't see some sort of outrageous Celtics trade. People seem to be convinced that the only way this team gets over the hump is by trading a major piece for a return that doesn't make them better, despite 3 of the 4 losses in the ECF coming by 3 points or less. It's exhausting at times. We've all heard the IND trade rumors, and if you look close enough you even see shit like this

it's all silly. So naturally, when I voice my take about how most of these trades we see on the internet don't make sense to me, people come at me and say I'm just some huge homer who would never make a trade.

False. I am willing to make a trade if I think it actually makes the team better. I am against making a trade just to make one because maybe you're upset about how the season ended.

I can say that because today, what many people have said is impossible, I actually read a trade idea that I don't hate. In fact, I'd be very much on board with it. This idea comes from Chris Forsberg, and it makes a lot of sense.

The Celtics could also explore moving their picks for more established talent. Our favorite hypothetical deal: Kanter, picks, and cash to Detroit in exchange for Derrick Rose.

I've been screaming to anyone that will listen, that #1 on the Celts list this offseason has to be addressing their guard situation. With Kemba's iffy knee, no real depth at the position on the second unit with Wanamaker potentially being gone, it's a big time hole at a pretty important position. We've heard that Ainge wants to both trade up, and potentially trade for a veteran. Well, DRose fits. He also has shown that there is some talent left in that tank

If the Celts were to move Kanter, they obviously would need to address their big man situation with either late picks or with the MLE, and that's fine by me. I want them to do that anyway. It's an idea that really fits for everyone invovled. The Celts address their guard need with a proven offensive scorer on cheap money, the Pistons get picks to jump start their rebuild. As long as there is also a plan to continue to add shooting/reserve big man, this is probably the best talent the Celts can get by trading those picks.

I know there might be some concern about Rose's injury history, but if you watch him he's a different type of player than his younger years. He played 50 games for the Pistons this year, and has back to back seasons averaging around 18/5 a game. You can't tell me the Celts bench couldn't use that production at the guard position. It wasn't too long ago he also did this

Losing Kanter's ability to offensive rebound would hurt, but if it opens up the floor for more Timelord minutes, I think we can all get behind that as well. We need to see what Robert can do with legit consistent minutes. It can't be that much worse than what Kanter gave this team. I thought Kanter filled his role perfectly, but it's not something that can't be replaced. Finding an offensive guard like Rose is tough given the Celts cap situation, so if they are able to pull this off with Kanter/picks, it's almost a no brainer if DET would be interested. They can always draft their new point guard of the future at 7, and then additional depth at 14. For a rebuilding team, that seems to make a lot of sense.

I know this may not be the most "sexy" of a trade idea. I know it's not moving a major piece. But I do not think that's what this team needs. They needed to improve around the edges in their areas of need, and at this point I think Derrick Rose does just that.