One of the biggest things in life I miss is childhood cartoons. Rugrats, Rocket Power, Fairly OddParents, and of course Spongebob. I remember when I was younger thinking to myself, "I don't get why adults stop watching these shows when they grow up. I'm going to watch cartoons forever!" That mindset obviously did not last. But I do sometimes find myself getting the urge to rewatch one of these shows. The above graphic may have finally pushed me over the edge.

People always say that Spongebob is a show for kids but with a ton of adult references that you likely didn't catch in childhood. It would be interesting to go back and rewatch since I, a mature adult, now know about sex and boobs and drugs and stuff.

But even without that, the references on this graphic are enough for me fire up Amazon Prime (first 3 seasons now streaming) this weekend and rewatch some of these classic episodes. Here all the references that someone pointed out.

Now let's take a trip down memory lane and look at some of the best. 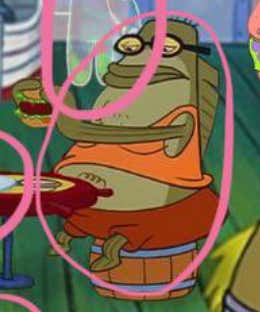 The biggest asshole of all time. The hate I had in my heart for this guy was rivaled only by my hate for Angelica from Rugrats. He was a fat, disgusting, lying piece of shit. Finding the pickles under his tongue was such a win for the good guys. 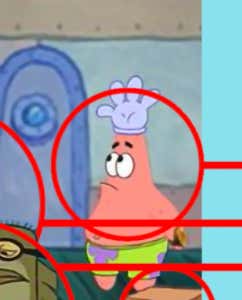 The Glove World hat from the "Rock Bottom" episode. Honestly might be the scariest episode in television history. Might as well have been a horror movie. Watching Spongebob miss that bus over and over again still haunts me to this day. 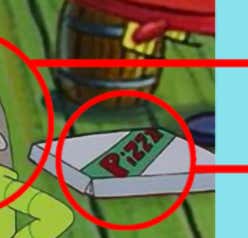 The Krusty Krab pizza delivery episode is maybe the most memorable one from the show. The song is stuck in millions of heads across America to this day.

A masterful twist ending as well. 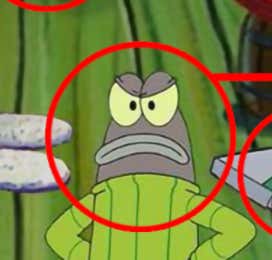 Speaking of smash hit songs from the show, you can't leave off "Striped Sweater."

When is the best time to wear a striped sweater? 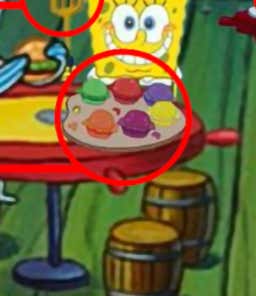 To this day, there's no food I want to try more than a Krabby Patty. What the hell is in that secret formula? The pretty patties somehow managed to look even more delicious. 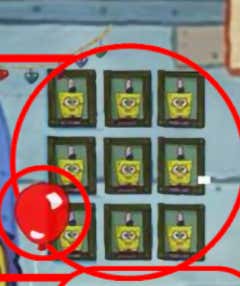 The "Employee Of The Month" episode. Squidward was just a real dick all episode long.

As a Mr. Squarepants stan, I couldn't take the stress of this episode. 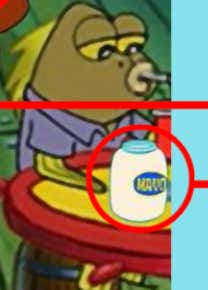 "Is mayonnaise an instrument?" Up there with the most classic lines in cinema history. It also gives us reference to my favorite episode in show history - "Band Geeks."

If you don't get goosebumps from that, you're not alive.

And a bonus reference that wasn't circled by the above tweet, how can you ever forget Fred The Fish and his persistent leg injuries?

If you need me, I'll be watching Spongebob all weekend.