Is this real? No.

Does it feel like it should be real? Of course! 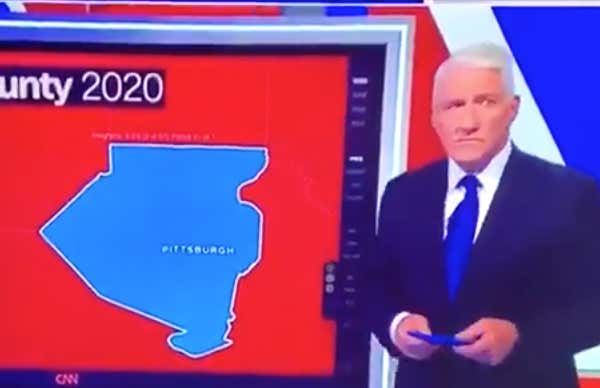 Usually I would say that having notifications on for any website not called Barstool Sports is a crazy person move. But if you think you are stressed out by this election because of your political beliefs, try being one of the people responsible for breaking down every vote of every county as the entire world watches on. If anybody deserves to blow off some steam, it's John King and the rest of these map maestros operating on their feet 24/7 with no sleep while somehow still flawlessly working that telestrator like Peter North works his dick.