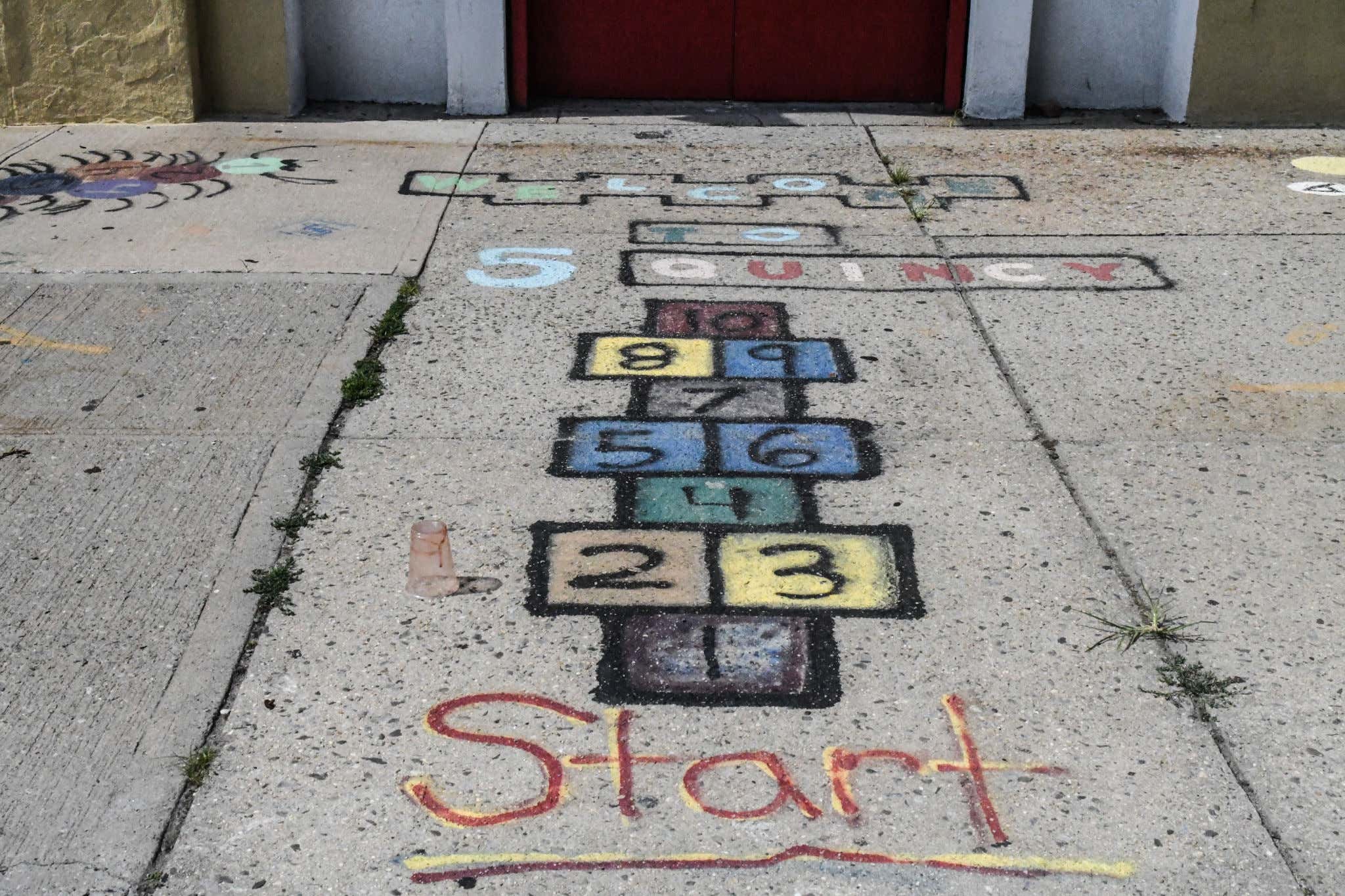 Okay so first off, no, I do not spend my days constantly questioning the existence of various playground games. But I was cruising through the discover page on Instagram and came across this video, which reminded me of just how shitty this godforsaken "game" is.

So anyway…ever playground in America having a hopscotch course is like if every restaurant in America sold 2-week old stale bread as a main entree. You'd never go back to that restaurant again if they tried to sell you that Great Depression menu. You'd think that place fucking sucks. And not only would you think that, but you'd tell all your friends about it. You'd say how shitty that place was and that you'd have to be a certified looney bin patient to voluntarily eat there.

But for some reason, nobody ever says a damn word about hopscotch. For centuries now, people just go about their days fully knowing that some dipshit once invented the worst game known to man and somehow that game has just became a playground staple everywhere. To be fair, I haven't actually been to a playground in a while so I'm not sure if hopscotch courses are still a mainstay. But I can speak for up until the year 2002 and even that is too recent for hopscotch to be such a popularized playground game.

It's a game that requires very little skill. It's a game that requires almost no critical thinking and creativity. Nothing makes anybody else a better hopscotch player than anybody else besides your ability to land on one foot sometimes. There's no strategy, there's no nothing. Objectively speaking, this game sucks. Yet somehow playgrounds all across these great United States are putting your hard earned tax dollars to work by plastering these dumbass hopscotch courses on the ground. And nobody says a word about it. Not a single word has ever been spoken about how horrific this game is, and that's exactly why it's able to survive.

Sure, most folks probably completely forget that hopscotch even exists. Most people just don't even consider the fact that it's there in the first place. But the longer you ignore hopscotch being truly terrible (whether you're making a conscious effort to ignore it or not), the game continues to live. And is that really a world that you can be proud to live in? I don't think so.

By the way, four square always has and always will kick ass.